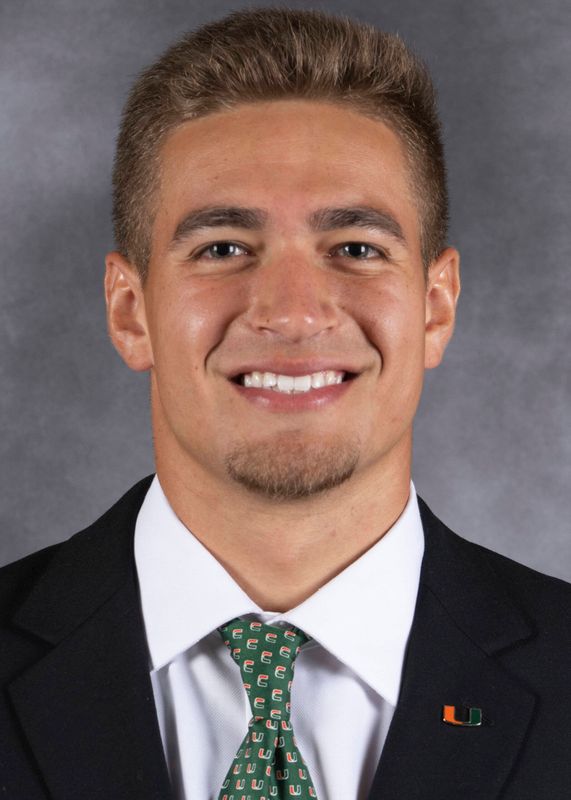 2022 (Redshirt Freshman): Started the season off in the opener against Bethune-Cookman (Sept. 3) with 88 passing yards, completing all seven of his passes…Threw for 15 yards against Southern Miss (Sept. 10), completing both of his pass attempts…Entered in the third quarter and threw for a team-high 169 yards on 10-of-19 passing against MTSU (Sept. 24)…Took over for Van Dyke in the second quarter after he sustained an injury against Duke (Oct. 22), throwing for 198 yards completing 13-of21 passes, resulting in two touchdowns with a long pass of 71 yards…Earned first collegiate start in victory at Virginia (Oct. 29) throwing for 125 yards completing 15-of-29 passes, with a long pass of 23 yards, and scored the game-winning 2-point conversion in quadruple-overtime…Saw action against Florida State (Nov. 5) completing 1-of-2 passes and had two carries for three yards…Saw action at Clemson (Nov. 19), competing 3-of-5 pass attempts for 15 yards and one touchdown…Led the team in passing yards with 192 yards, completing 17-of-28 pass attempts for two touchdowns and a long mark of 58 yards against Pittsburgh (Nov. 26).

High School: Consensus four-star prospect by 247Sports, ESPN and Rivals…Rated No. 18 overall player in the ESPN300…Ranked No. 2 pocket passer quarterback nationally and No. 2 player in Georgia by ESPN…Listed as No. 46 overall player in 247Sports Composite Top247… Rated No. 5 pro-style quarterback and No. 5 player in Georgia by 247Sports Composite…Ranked No. 42 overall player in the Rivas Top250…Rated No. 5 pro-style quarterback and the No. 4 player in Georgia by Rivals…Selected to the Under Armour All-America Game…Has thrown for nearly 6,000 yards and over 50 touchdowns in four varsity seasons…Threw for over 2,100 yards in both sophomore and junior seasons at Narbonne HS (CA)…As junior, completed 168-of-239 passes (70.3%) for 2,301 yards and 25 touchdowns…As sophomore, completed 153-of-202 passes (75.7%) for 2,130 yards and 15 touchdowns…Chose Miami over offers from, Alabama, Arizona, Arizona State, Arkansas, Auburn, Colorado, Florida, Florida State, Georgia, Illinois, Indiana, Kansas, Kentucky, Louisville, LSU, Nebraska Ohio State, Oregon, Purdue, Tennessee, Texas, UCLA, USC and Vanderbllt, among others.