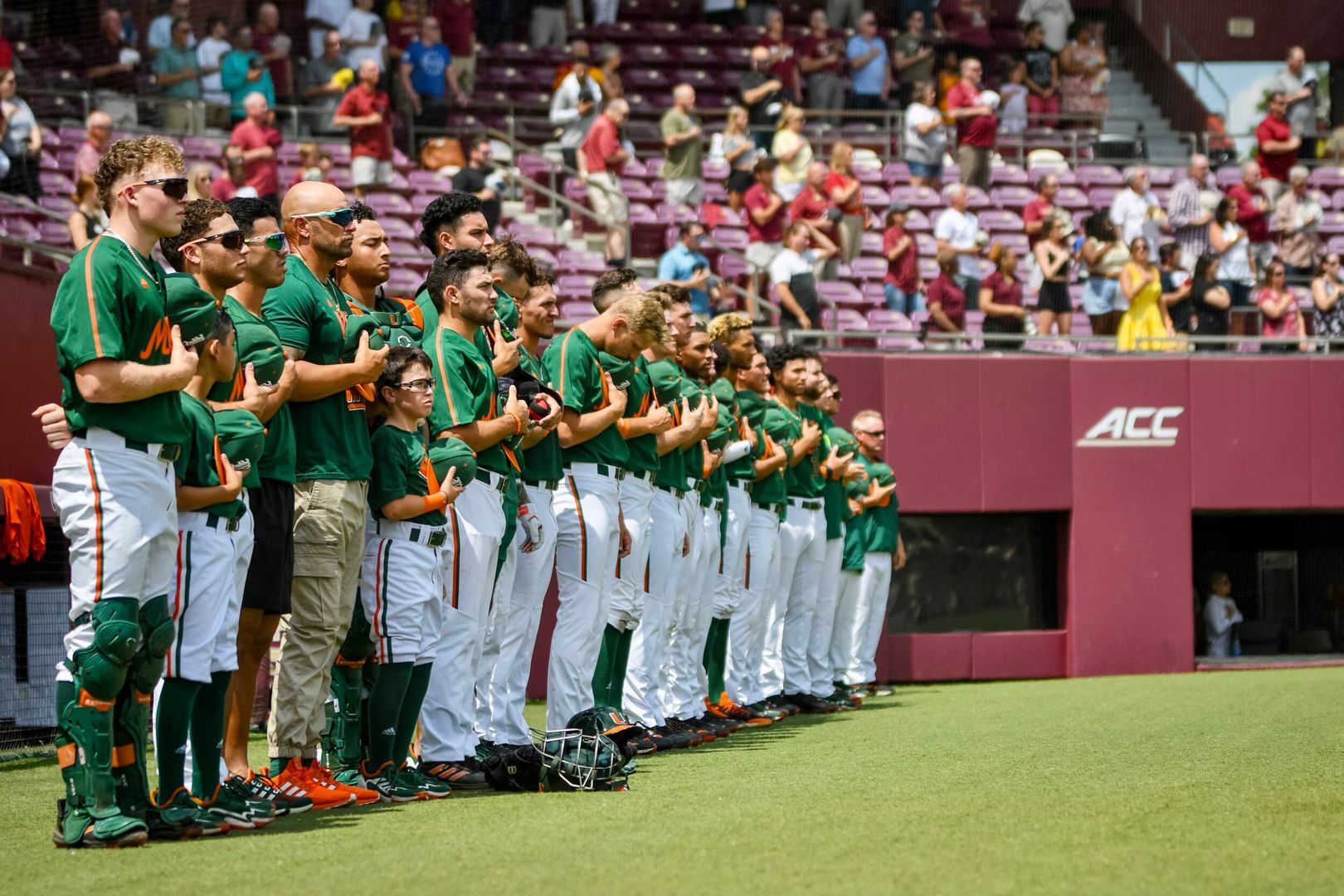 No. 6 Miami Falls in Rubber Game to No. 21 Florida State

“I’m disappointed in the outcome,” Miami head coach Gino DiMare said. “Even though Alejandro [Rosario] gave up some hits, some were some soft hits. I liked the way he pitched, to be honest with you. I thought he handled himself well.”

After the Seminoles (32-18, 15-12 ACC) struck in the first inning on a two-run jack, the Hurricanes backed Rosario and responded immediately.

Miami right fielder Zach Levenson ripped an RBI double to left, cutting the deficit in half.

Then, one inning later, the sophomore worked a bases-loaded walk to even the score, 2-2.

After surrendering the early home run, Rosario settled down across the next two frames, retiring six of seven hitters.

Schlesinger got a pop out to end the fourth before Gallo tossed a scoreless fifth.

Right-hander Alex McFarlane struck out the side in the sixth, keeping the Hurricanes within two.

“Given the situation, we had a lot of guys available in the bullpen, so we’re probably going to them a little quicker than we normally would,” DiMare said. “It’s a Sunday rubber-match game, it’s a big game, so that’s why we’re doing it. I thought all the pitchers came in and did a very good job.”

In the seventh, Florida State tacked on an insurance run on third baseman Jordan Lacey’s RBI triple before Andrew Walters entered to get the final out of the frame.

Miami center fielder Jacob Burke got the run back with a solo shot in the eighth, pulling Miami within 6-4.

Walters punched out the side in the eighth, but the Hurricanes couldn’t come up with a key knock in the ninth off of Florida State reliever Davis Hare, who earned his third save of the season.

Florida State hurler Ross Dunn (2-4) earned the win, surrendering only one run over five innings out of the bullpen.

After a day off Monday, the Hurricanes return home for their final homestand of the regular season, beginning with the FGCU Eagles Tuesday. First pitch is set for 6 p.m. at Mark Light Field.