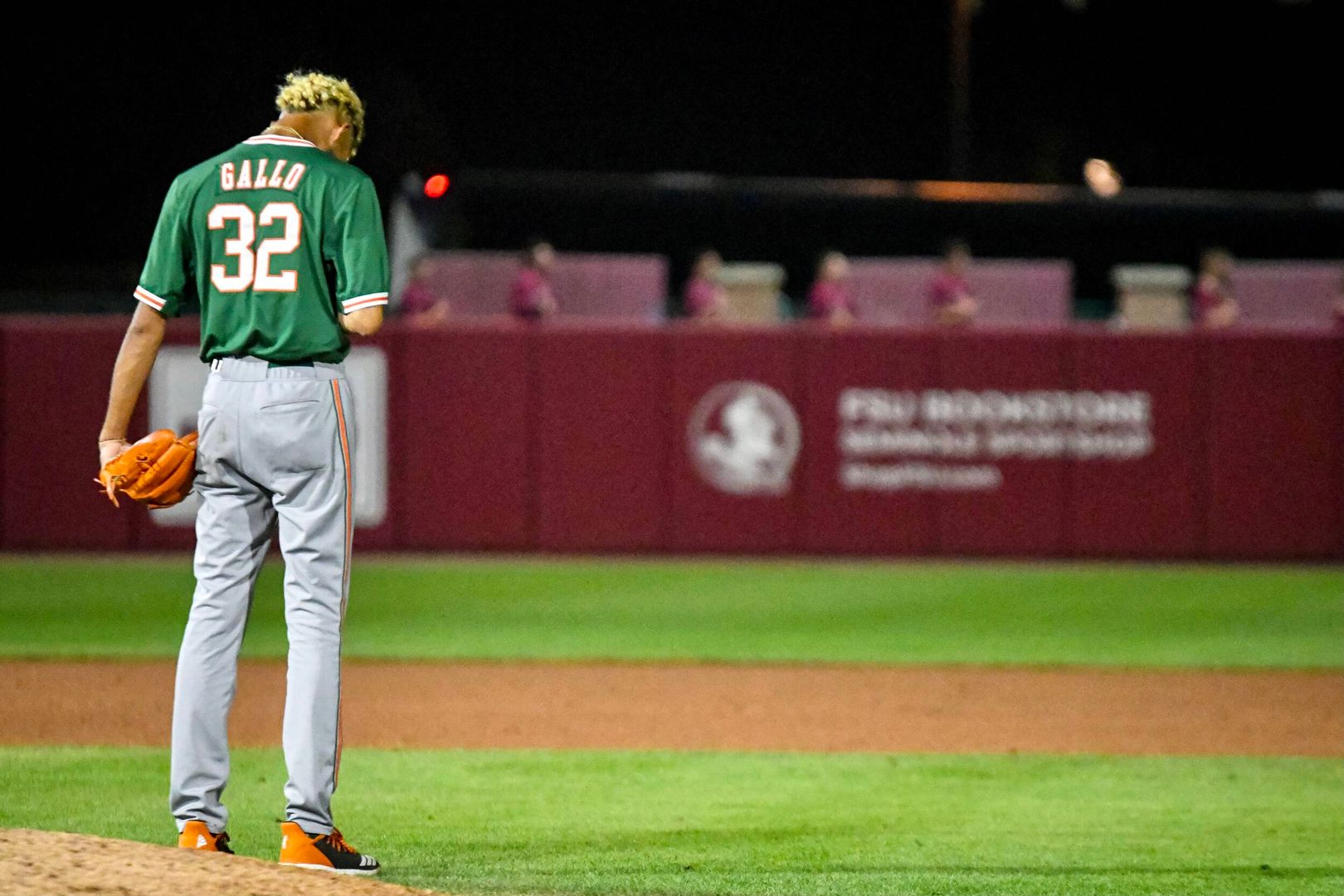 No. 6 Miami Splits Doubleheader With No. 21 Florida State

TALLAHASSEE, Fla. — The sixth-ranked University of Miami baseball team dropped the nightcap of the doubleheader against rival No. 21 Florida State, 6-4, Saturday at Dick Howser Stadium.

“We played very poorly and still had our chances,” Miami head coach Gino DiMare said. “We had the bases loaded with the right guys up and we just couldn’t get the hit in the second game. Even then, we brought the tying run to the plate at the end of the game.”

Miami mounted three tallies in the fifth, stringing together a trio of hits.

Sophomore center fielder Jacob Burke followed with an RBI hit of his own, cutting the deficit to 5-3.

Florida State responded with a run in the bottom half of the frame, but then the Hurricanes’ bullpen came in and shut it down.

“It was huge,” DiMare said. “Ronnie did a very good job coming in and so did Alejandro and Dubberly. The bullpen did a good job and held it.”

The bullpen’s efforts allowed the Hurricanes to pull within two, put the tying run in scoring position and the go-ahead tally at the plate.

In the seventh, Gonzalez Jr. beat out an infield hit, catcher Carlos Perez was hit by a pitch and Kayfus bunted for a base knock to load the bases.

With the heart of Miami’s lineup at the dish, the Hurricanes cashed in for a run, but Florida State left-hander Wyatt Crowell limited the damage.

Again, in the ninth, the Canes brought the tying tally to the plate, but Crowell shut the door.

Crowell earned his second save of the season, building off where starter Bryce Hubbart (8-1) left off.

Hubbart pitched five innings, surrendering three runs, one earned, while punching out 10, to help the Noles even the series.

After splitting the twin bill, the Hurricanes and Seminoles will meet for the rubber game Sunday. First pitch is slated for noon at Dick Howser Stadium.

“Doubleheaders are tough to sweep,” DiMare said. “I’d like to have seen our guys play better in the second game. The good news is we have a chance to win the series tomorrow.”