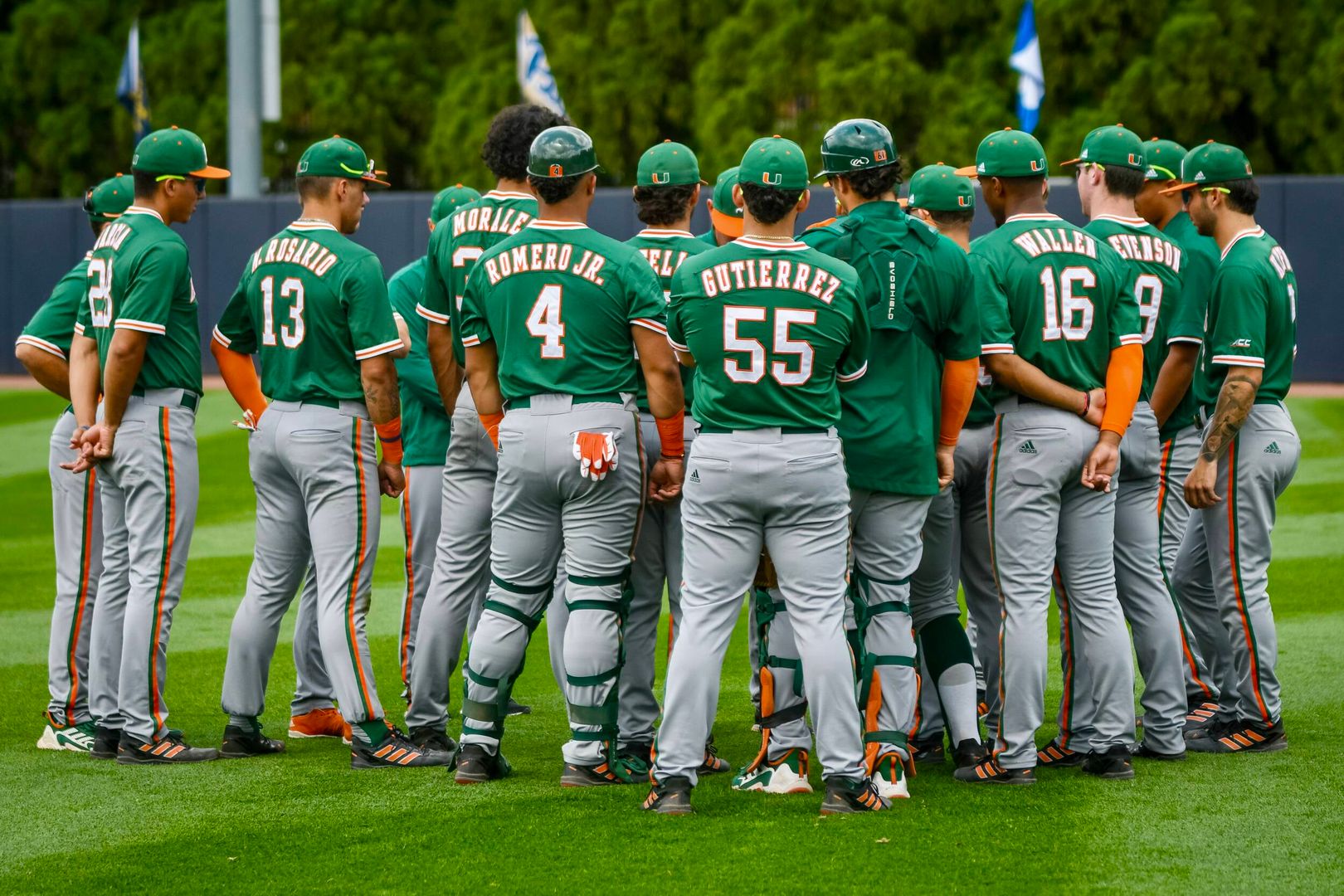 Romero Jr. Shines in No. 3 Miami’s Defeat to Georgia Tech

“Honestly, I don’t remember those at-bats,” Romero Jr. said. “Right now, all I’m worried about is getting back to this winning streak we need to get back on and just start winning. The two bombs don’t mean anything because we didn’t win.”

Romero launched a solo shot in the third and a two-run jack in the fourth, but the Hurricanes (31-12, 16-7 ACC) were unable to come up with key knocks late.

“They got the hits when they needed them and we didn’t,” Miami head coach Gino DiMare said. “They hit with guys in scoring position and we didn’t. We hit some balls hard, but not enough times. At the end of the day, we didn’t come through in the clutch when we needed to.”

With the Hurricanes ahead, 5-2, the Yellow Jackets sparked a rally.

Yellow Jacket third baseman Drew Compton plated a pair with a single and the Hurricanes made a defensive miscue, allowing the hometown team to clear the bases.

The Hurricanes brought the tying run to the dish in both the seventh and eighth frames, but couldn’t find the crucial hit.

Georgia Tech closer Zach Maxwell (3) locked down a four-out save for the second straight day to help the Yellow Jackets secure the series.

Right-hander Logan McGuire (3-2) picked up the win, while Ligon (5-3) was tagged with the loss.

Miami and Georgia Tech wrap up the three-game set Sunday. First pitch is slated for 1 p.m.

“It’s a rough patch and we understand that,” Romero Jr. said. “We know the team we can be. This is going to make us tougher and better. We have to come out tomorrow and push and push and push.”