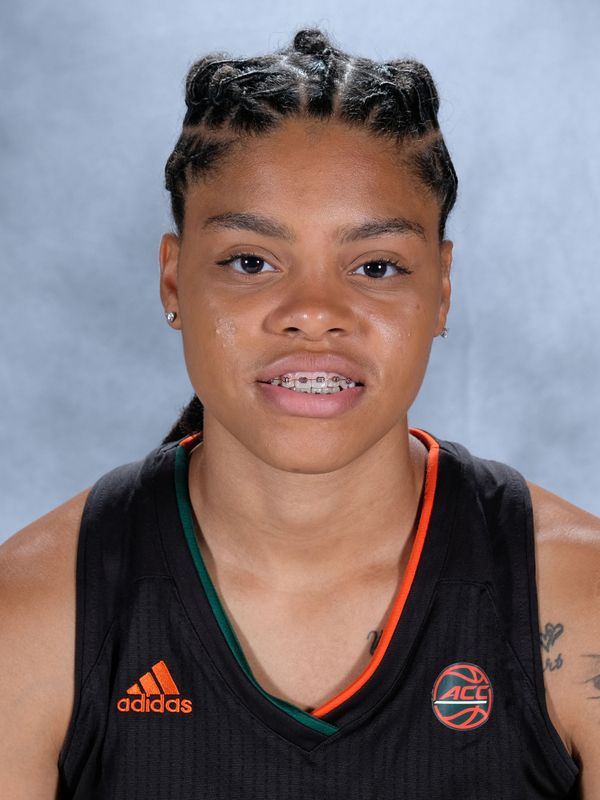 As a Redshirt Sophomore (2019-20): Started 15 of 25 games played this season…Earned her first career start against Syracuse (1/12)…Ranked fourth on the team in rebounding at 3.9 boards/game…Totaled four double-digit outings, the only four of her career…Poured in a career-high 15 points against NC State (2/20), 10 of which came in the third quarter alone…Knocked down a career-high three 3-pointers at Virginia Tech (2/2), shooting 3-of-4 from beyond the arc…Tallied the first double-digit game of her career at UNC (1/16), totaling 12 points on 5-of-10 shooting…In games that she started, averaged 7.1 points and 5.4 rebounds per contest…Recorded back-to-back double-digit games at Virginia Tech (2/2) and against Duke (2/9).

As a Sophomore (2018-19): Transferred from West Virginia University … Sat out season due to NCAA transfer rules.

As a Freshman at West Virginia (2017-18): Played in 35 of 37 games … Averaged 2.5 points and 1.5 rebounds in 8.2 minutes per game, shooting 44.3 percent from the floor … Made her collegiate debut against Central Connecticut State (11/10), notching seven points and a season-high four steals in 18 minutes … Tallied co-season-highs in points (eight), rebounds (six), blocks (two) and free throws made (four) in 18 minutes of action versus Sacramento State (11/14) … Totaled six points on 3-of-3 shooting against North Florida (11/19), adding two steals and tying her season highs in rebounds (six) and blocks (two) … Logged six points and two steals in a season-high 20 minutes versus Coppin State (12/10) … Posted a season-high-tying eight points against Radford (12/16), finishing 4-of-4 at the line and notching two assists in 18 minutes … Tallied a season-best three steals in 18 minutes of action versus Morgan State (12/18) … Recorded two assists and a co-season-high two blocks against Morehead State (12/21) … Scored six points on 3-of-3 shooting and added two steals at eighth-ranked Texas (12/31) … Scored five points at Oklahoma (2/3) … At Kansas (2/14), scored six points and shot 4-of-9 at the stripe, tying her season high in makes and setting a top mark in attempts … In the WNIT Round of 64 against Bucknell, equaled her season bests in points (eight), made field goals (four) and steals (four) … Again scored eight points and made four field goals, this time on five attempts, in the WNIT Round of 32 versus St. Joseph’s (3/18) … Made her final appearance for the Mountaineers against Virginia Tech (3/28) in the WNIT semifinals.

Personal: Full name is Destiny Lorraine Harden … Nickname is Des … Born Sept. 24, 1998 … Parents are Lamar Harden and Tyesa Chambers … Has an older sister (Daija), an older brother (Daijon), two younger sisters (Dovion and Demaria) and a younger brother (Darius) … Favorite athlete is Dwyane Wade … Best sports memory is scoring a game-winning basket in overtime of an AAU game in North Carolina in 2016 with Katie Meier watching … Chose Miami because the coaches made her feel comfortable and she felt it would help her go far as a basketball player … Committed to Miami over Marquette, among many others.