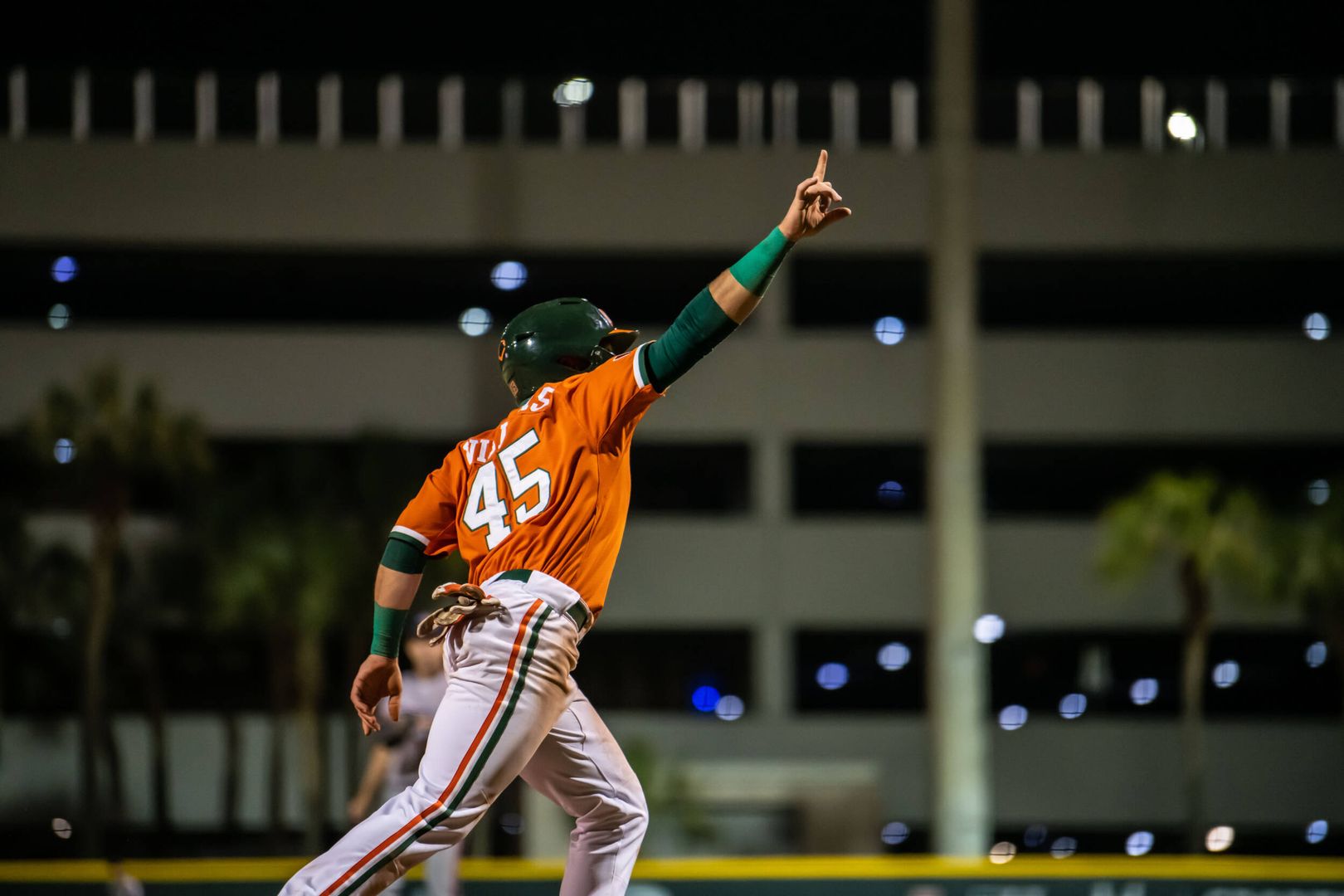 Despite the second-ranked Hurricanes trailing FAU, 6-2, heading into the seventh, Walters knew his team would win.

“I was ready for our team to come back,” Walters said, who locked down his ACC-best 11th save by striking out the side in the ninth. “We have heart, you can feel it in the air. No deficit is out of reach for us. We’re out there to win every game.”

But for the fourth straight game, Miami mounted a comeback. 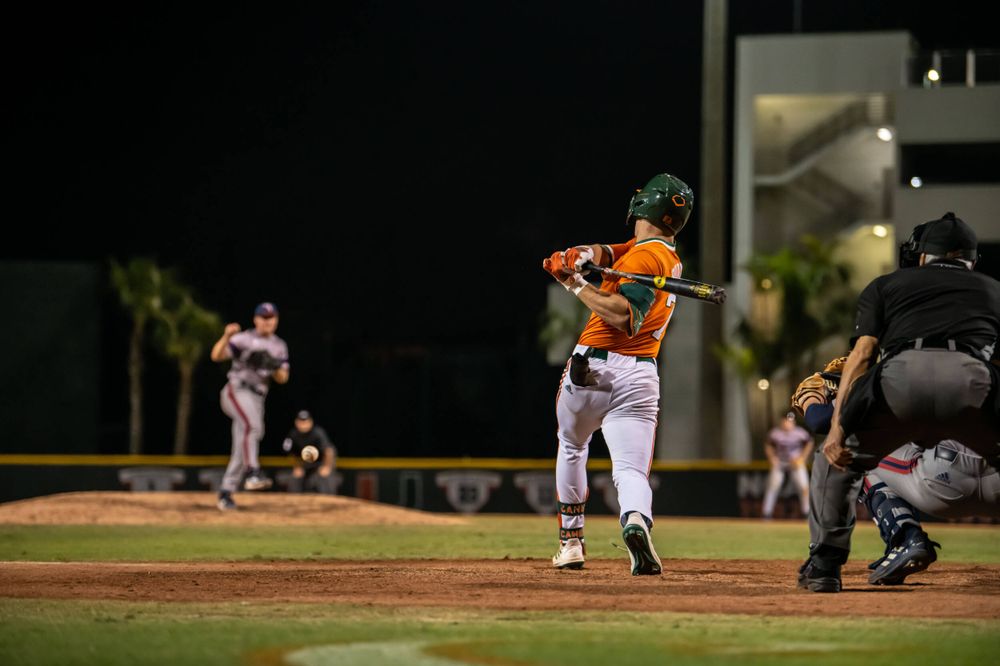 In the seventh, designated hitter Maxwell Romero Jr. singled through the right side, resulting in two Hurricanes’ runs. The junior plated freshman Edgardo Villegas from second and the Owls threw the ball away, allowing sophomore CJ Kayfus to dart around the bases and score from first.

Relievers Ronaldo Gallo and JP Gates teamed up to pitch a scoreless eighth, keeping the Hurricanes within two.

In the bottom half, outfielder Gaby Gutierrez and Villegas both drew walks, putting the tying tally on at first and the go-ahead run at the plate. 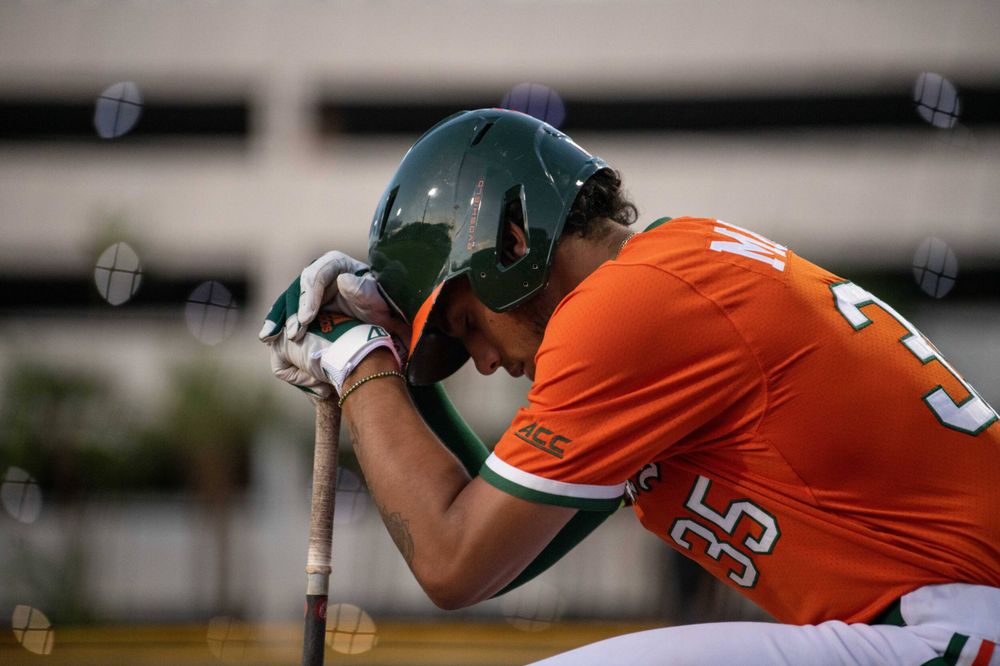 After a balk and a hit-by-pitch loaded the bases again, Wegielnik threw a pitch past catcher Caleb Pendleton.

Villegas read the dirtball and scampered home to tie the game, 6-6.

Two pitches later, Jacob Burke beat out an infield single, coming through with the game-winning hit.

“Thank god, we were able to score five runs in the last two innings to get the victory,” Miami head coach Gino DiMare said. “We battled back. The pitchers that came out of the pen did a great job to hold it over.” 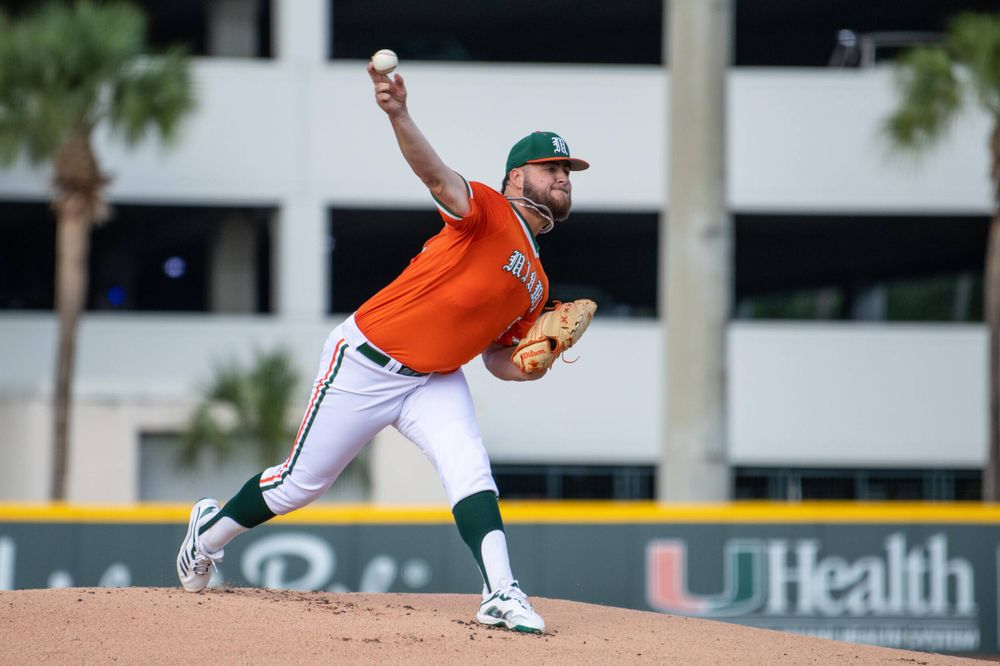 “I felt confident that we were going to battle,” DiMare said. “We needed a lot of guys to step up and the guys in the bullpen got it done. We found a way.”

With the victory, the Hurricanes have won 14 games in a row, which matches their longest winning streak since 2014. Miami’s 14 consecutive wins are the longest active run in the country.

“We obviously weren’t playing our best brand of baseball for the first six innings, but at the end of the day, nobody panicked,” Burke said. “Throughout this winning streak, we’ve gained a level of confidence that no matter what happens, if we stay together, we’ll find a way to get the win.”

After sweeping the season series over FAU for the first time in five years, the Hurricanes head to Blacksburg, Va. to face No. 21 Virginia Tech. The three-game set begins at 7 p.m. Thursday at English Field at Atlantic Union Bank Park. 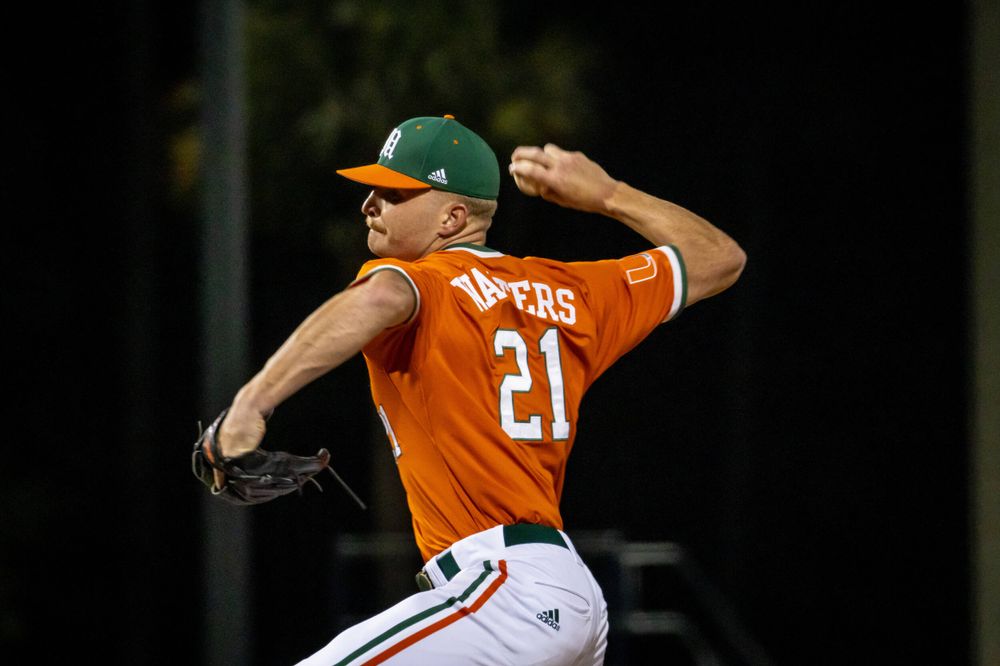