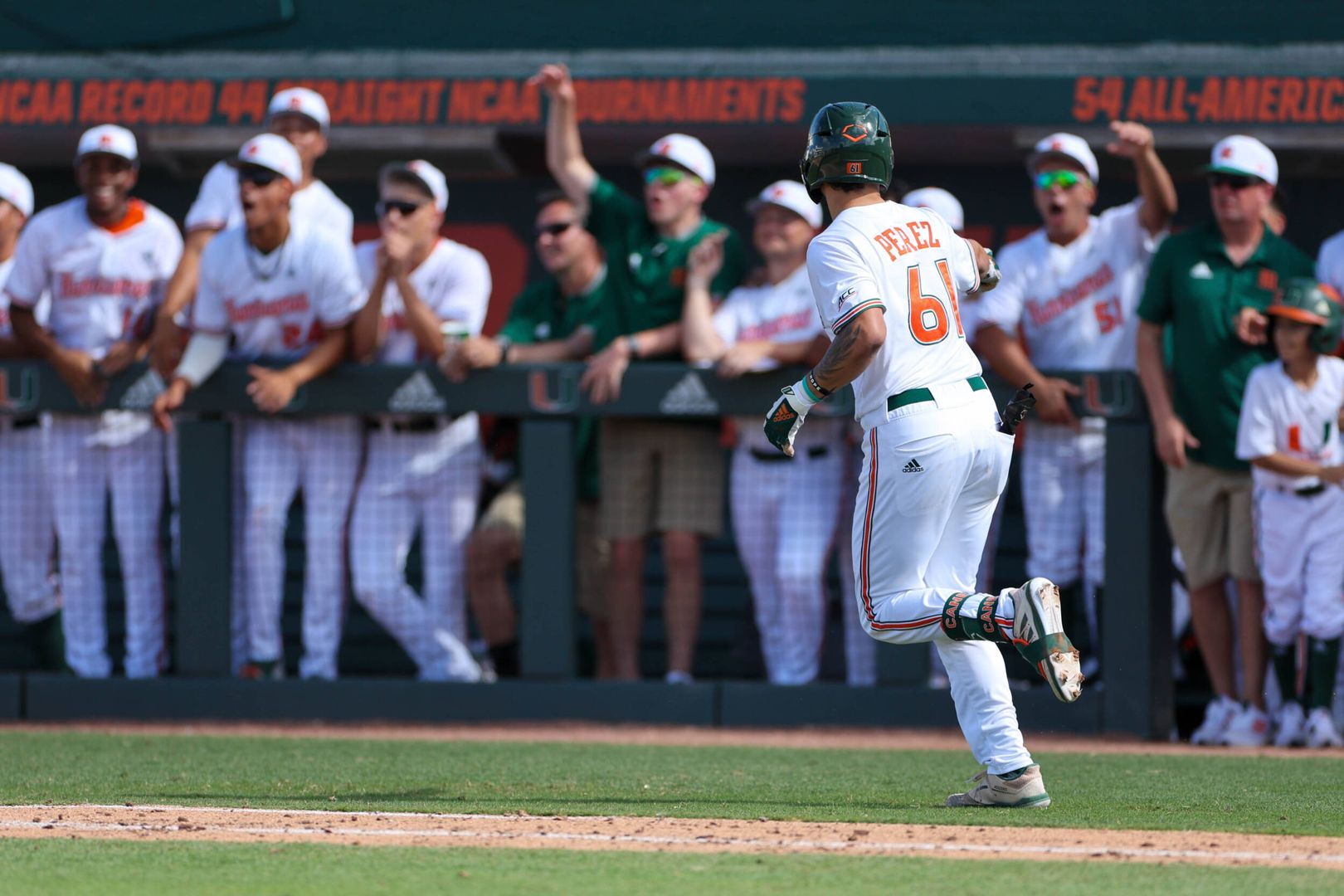 The Hurricanes jumped all over Harvard, scoring nine runs across the first three innings, clobbering the Crimson, 10-0, in front of 2,824 fans at Alex Rodriguez Park at Mark Light Field.

“It was pretty damaging. You could feel it, you could see it,” Miami head coach Gino DiMare said. “Overall, I’m very happy with the way the guys bounced back to win.”

Miami (7-1) cashed in for four runs in both the first and second frames to clinch the series over Harvard (1-2), after dropping the opening contest Friday evening.

Leadoff hitter CJ Kayfus slammed a solo shot in the third before Carlos Perez launched a pinch-hit homer in his first at-bat of the season, bookending the offensive onslaught in the sixth.

“It’s always nice to come out and punch them right from the beginning. It’s tough to come back from a four-run lead in the first inning,” said Burke, who finished with a pair of hits and a career-high four RBI. “We just did a really good job of being very taxing, making them work for every single out.”

Miami got on the board after Harvard starter Jaren Zinn (0-1) fired a pitch in the dirt, allowing Kayfus to scamper home from third.

Burke’s 405-foot bomb ballooned the Hurricanes’ advantage to four in the opening frame.

“We have the ability to do a little bit of everything,” Burke said. “Somedays it’ll be power, somedays we’ll manufacture runs. It’s nice to have guys that can do multiple things where you are not always relying on one part of the game.”

While the Hurricanes scored double-digit runs for the fifth time in their first eight games, Miami right-handed pitcher Jake Garland (1-0) dominated for the second time in as many starts.

“Losing that first game is tough, it’s not a good feeling,” Garland said. “It didn’t sit right in our mouths. The pitching staff, in general, came back and fought really well. Coming back and going one run and no runs today is really a big deal.”

With the victory, Miami is off to its best start since 2013 when the Hurricanes opened the season 10-0.

Next up, Miami hosts rival Florida for its annual three-game showdown. The series begins at 7 p.m. Friday at Mark Light Field.

“We have to make sure we do everything to prepare,” DiMare said. “We’ll be ready and make sure we have a good scouting report for our players.” 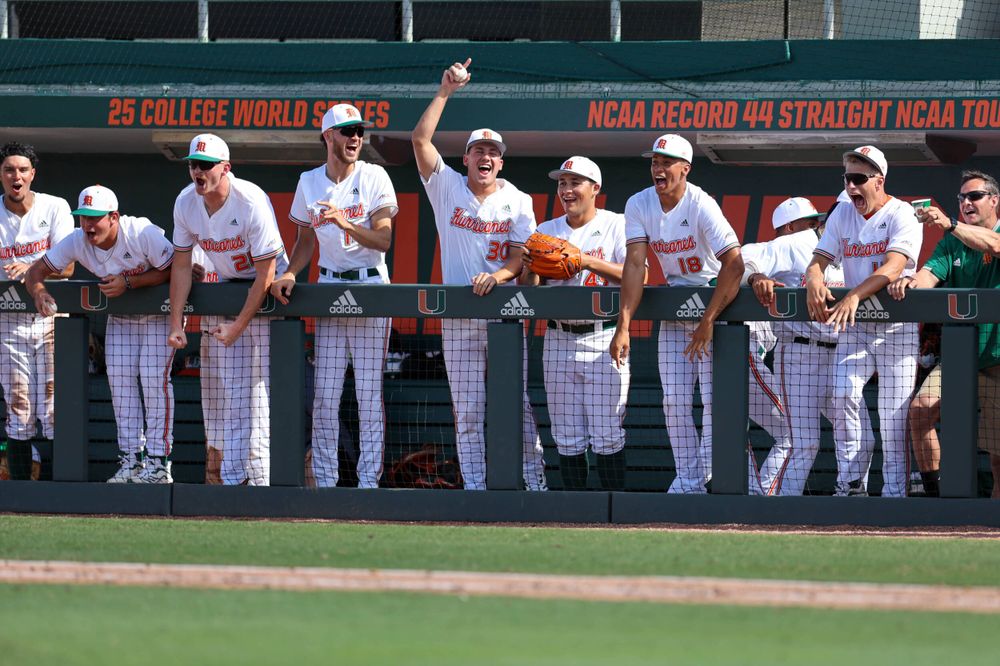