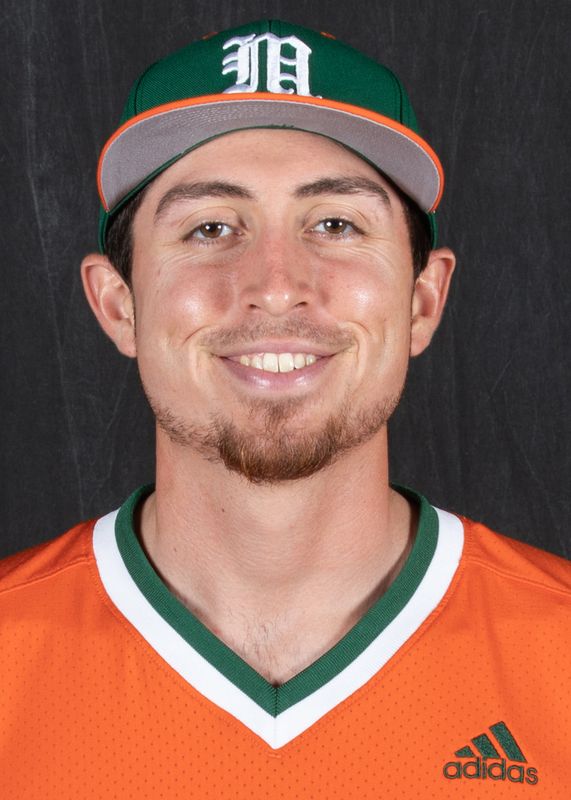 *Redshirt Junior (2020 – Seton Hall): Appeared in 10 games with eight starts…Had an RBI single in the series-opening win over USC on Feb. 28…Went 2-for-4 against the Trojans on Feb. 29…Drove in a run on an RBI single as part of a 2-for-4 at Fresno State on March 3…Drew a walk and scored a run vs. Fairleigh Dickinson on March 11.

High School: Attended Belen Jesuit Preparatory School in Miami, Florida…Four-year letter-winner as an outfielder… Named 2016 Miami Herald Player of the Year…Three-time All-District and All-County selection…Named District Hitter and Player of the Year as a senior…Batted .500 as a senior with two home runs, 24 RBIs and 12 stolen bases…Broke Belen’s record for doubles and triples in a season as a senior…Participated in the 2016 Florida Athletics Coaches All-Star Game…Batted over .315 in all four seasons…Helped lead Belen to 72 victories in four seasons including a district and regional championship in 2016…Graduated Magna Cum Laude…Four-year honor roll member…Three-year member of the National Honor Society…Two-year member of the National Science Honor Society…Vice President of the Belen Guardians, which helps kids with disabilities at “The Learning Experience”…Vice President of “Battle-Up,” which helps fundraise money for cancer research and the Wounded Warrior Project.