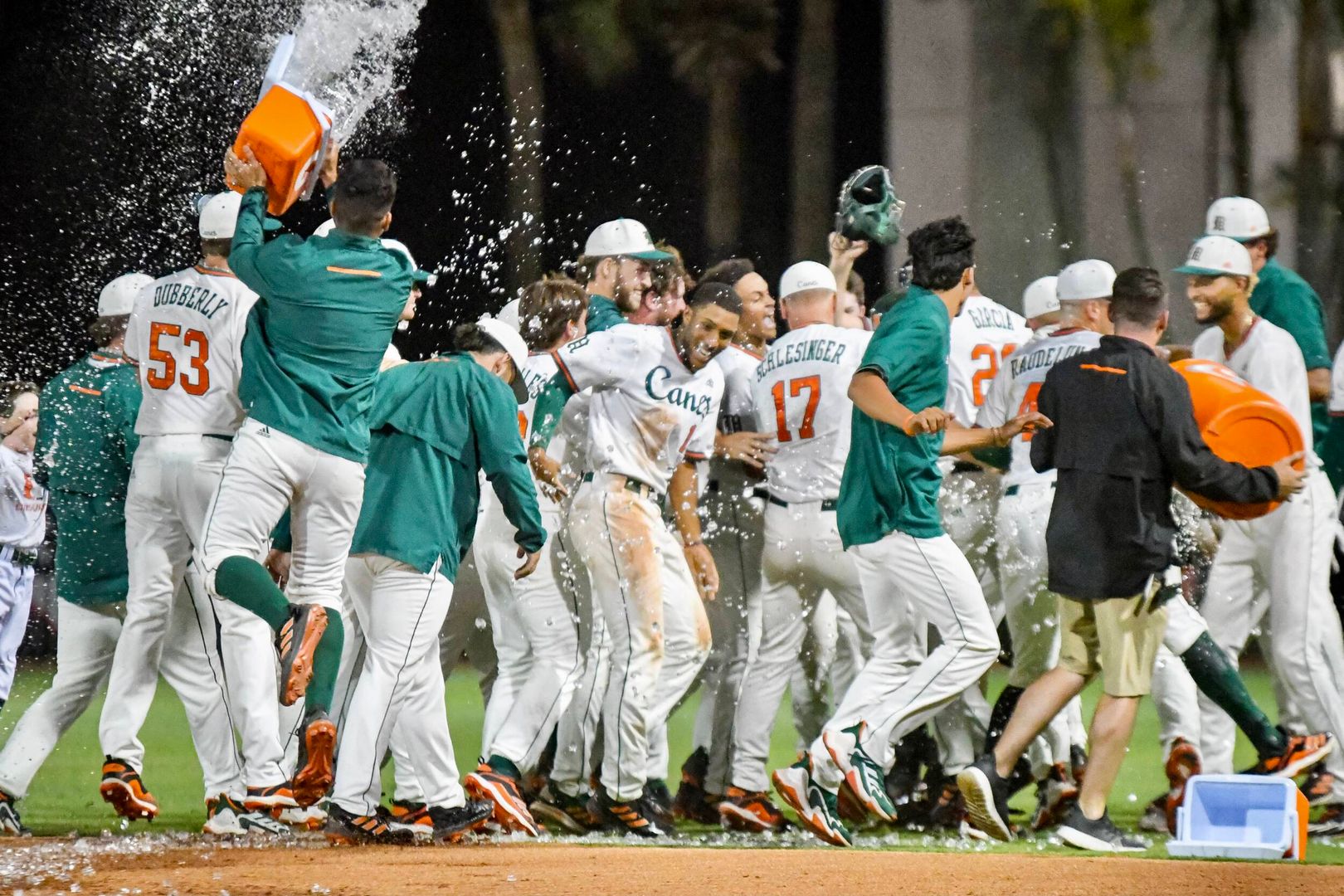 CORAL GABLES, Fla. — The Cardiac Canes did it again.

A night before the Hurricanes will celebrate the 40th anniversary of the 1982 national championship team, No. 5 Miami paid homage to “The Wizard of College Baseball” and the first national title in program history with some Mark Light Magic.

“One thing we’re doing is we’re playing well as a team,” Miami head coach Gino DiMare said. “It’s always somebody different. It’s a lot of guys contributing, which to me stands out the most about this team.”

After Kayfus fouled off a breaking ball from Pitt closer Baron Stuart (1-3), the sophomore didn’t miss his chance to send the 3,409 fans home happy.

With one away, Wallen was hit by a pitch and Long drew a seven-pitch walk to move the game-winning run into scoring position. 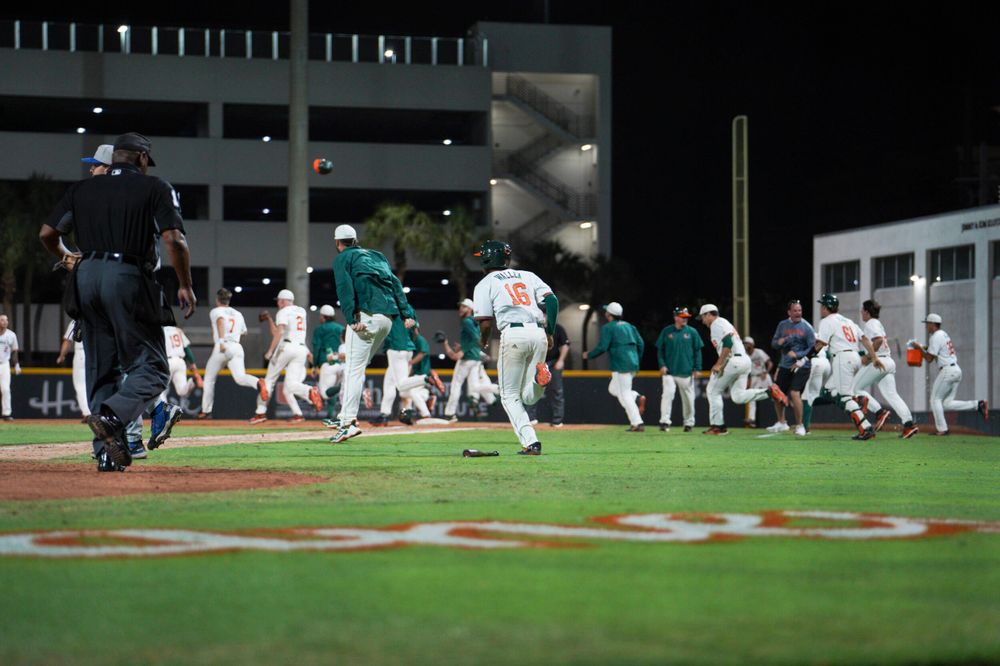 “I knew the shortstop was shifted over more towards the middle of the infield,” Kayfus said. “I hit it the other way and I knew it was going through. Honestly, I was trying not to get tackled, that’s really it.”

The Hurricanes poured out of the first-base dugout and chased Kayfus into shallow right field, dumping coolers full of water in celebration of their second walk-off win of the season.

“Everyone could see it happening,” said starter Carson Palmquist, who struck out 11 Panthers across 5 1/3 scoreless innings. “It’s just surreal, especially with CJ, one of the best hitters in the country. Everyone knew it was over.”

Palmquist and Miami’s pitching staff struck out 19 batters, which matches the second-most in a game in program history.

Right-hander Alex McFarlane took over for Palmquist in the sixth, generating an inning-ending double play to keep the Hurricanes ahead, 1-0.

Set-up man Gage Ziehl retired Pitt (21-15, 9-9 ACC) on only 10 pitches in the seventh before closer Andrew Walters struck out the side in the eighth.

But in the ninth, the Panthers snapped Miami’s 19 2/3 innings scoreless streak.

Pitt shortstop Brock Franks smacked a solo shot off of Walters, his first run allowed in 22 2/3 frames, to level the score in the ninth.

“I thought it was big for us to come back, especially after Walt, who has been as dominant as anyone in the country, gave up that home run,” DiMare said. “Of course, what does he do? He goes about his business and strikes out the next three guys.”

“Their pitchers did a good job, but our guys outpitched them and outdueled them,” DiMare said. “We just made the pitches when we really needed to make them.”

With the series-opening victory, the Hurricanes have won 17 of their last 19 games.

Miami will look to clinch the crucial Coastal clash Saturday at Mark Light Field. First pitch is scheduled for 7 p.m. with the pre-game ceremony, honoring the 1982 national championship team, beginning at 6:40 p.m.