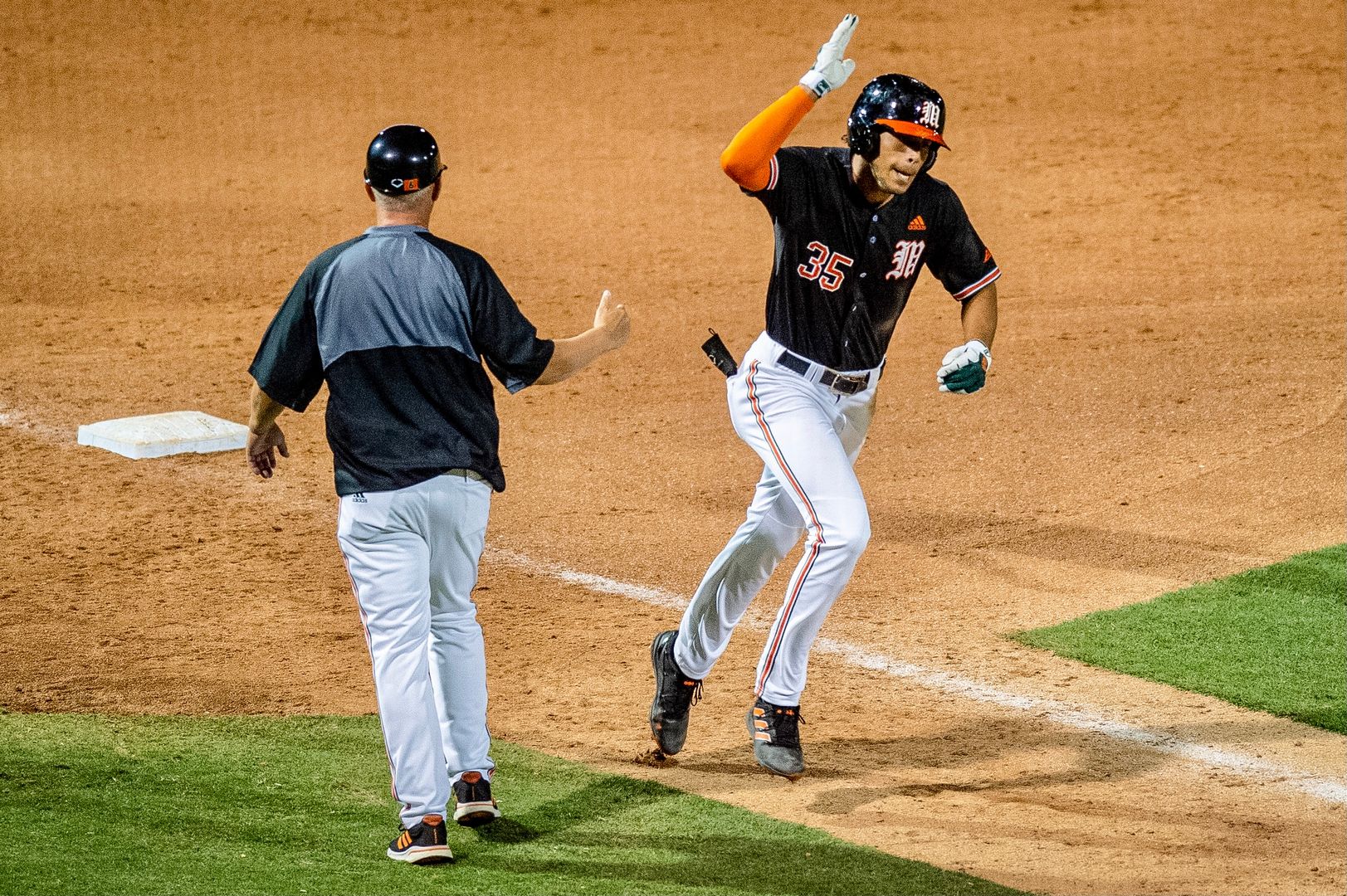 No. 8 Miami Edges No. 3 Virginia to Clinch Series

The sophomore hurled his bat towards his teammates, sending the soldout crowd into a frenzy.

Morales crushed a no-doubt game-winning solo homer in the bottom of the seventh, lifting No. 8 Miami over No. 3 Virginia, 5-4, Saturday evening at Mark Light Field.

“I don’t know what was going through my head,” said Morales, whose team-leading seventh blast traveled an estimated 429 feet. “I blacked out and I threw the bat. It was an emotional feeling hitting that home run to take the lead. I knew our bullpen was going to come in and shut them down.”

Right-handers Gage Ziehl and Andrew Walters slammed the door on the Cavaliers (26-5, 9-5 ACC), tossing the final two frames to secure the Hurricanes’ 12th straight win and a series victory.

“It was a total team effort,” Miami head coach Gino DiMare said. “I gave the MVP to the entire team. A lot of guys contributed. Our bullpen was outstanding. Every guy came in and did an excellent job.”

The Hurricanes (25-6, 11-2 ACC) launched three home runs and used six different pitchers to edge the Hoos for the 11th time in their last 12 meetings.

Outfielder Jacob Burke opened the scoring with a two-run blast in the third. Burke turned on 2-2 breaking ball and deposited it over the left-field fence for his fifth round-tripper in the orange and green. 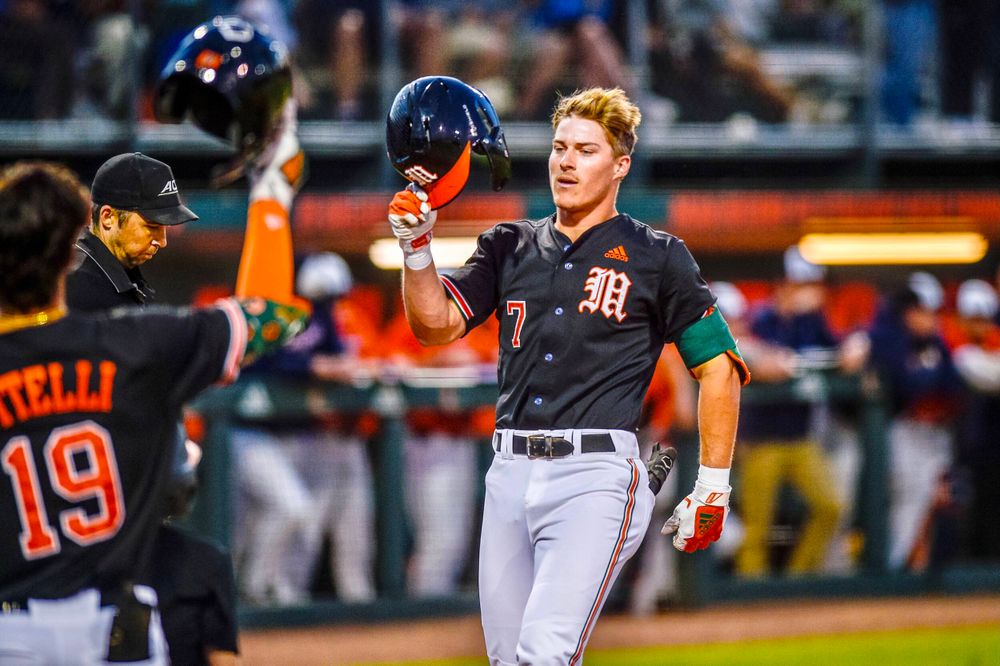 Miami designated hitter Zach Levenson responded and cut the deficit in half with a solo shot in the bottom half, once again, revving up the capacity crowd.

“I was hunting a mistake and I got one,” said Levenson, who clobbered his third career longball over the left-field scoreboard. “The more at-bats I get, the comfier I get. We’re a good hitting team and hitting is contagious with this team.” 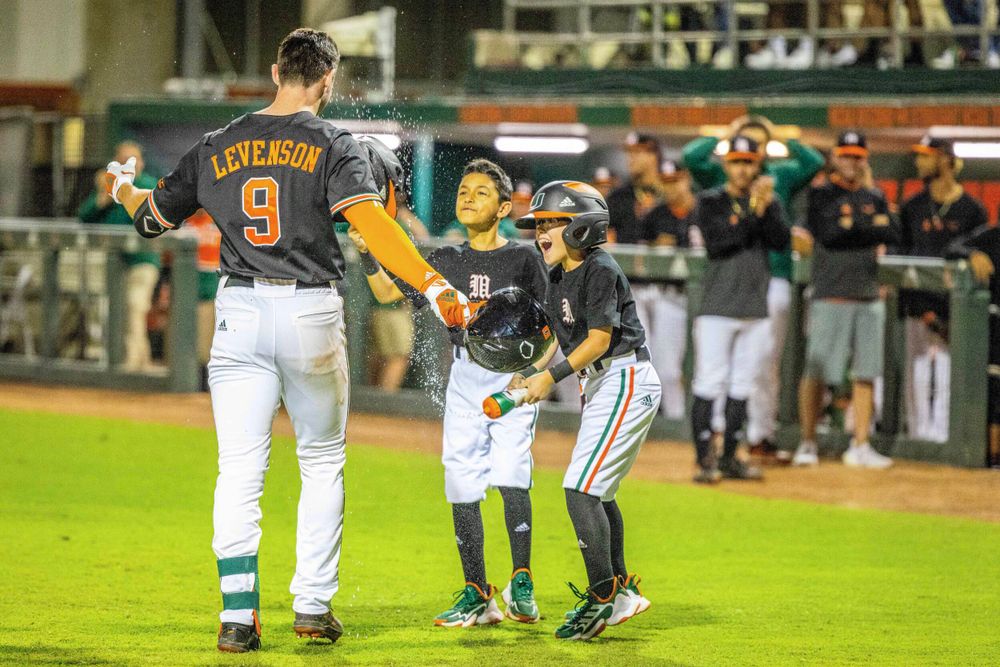 Levenson and the Hurricanes forced Virginia starter Brian Gursky to throw 31 pitches in the fourth, ending his night prematurely.

UVA righty Jay Woolfolk kept the Hurricanes off the board in the fifth, but Miami got to the freshman in the sixth.

With one out, Levenson singled and freshman right fielder Gaby Gutierrez drew a free pass, pushing the tying tally into scoring position.

Then, the Mark Light faithful took over.

Both runners advanced 90 feet after a passed ball and, two pitches later, Levenson scampered home to score on a wild pitch to level the contest, 4-4.

“The crowd was electric today,” Morales said. “The fans fired us up. Inning one through nine, they were loud. We have the best fans in the country.” 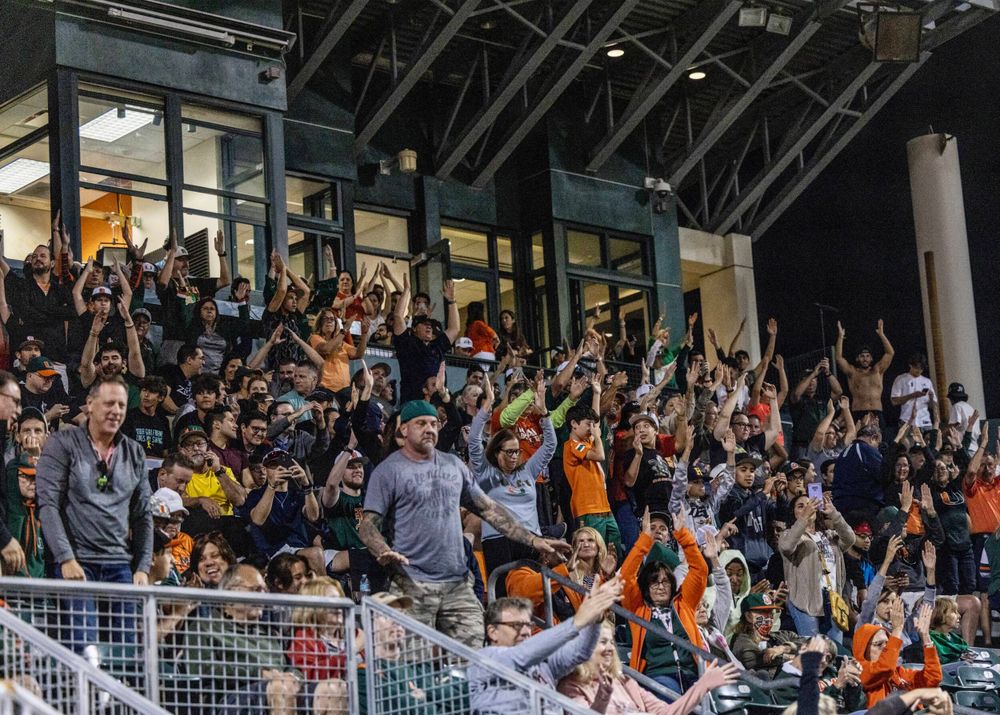 Southpaw JP Gates and right-hander Ronaldo Gallo teamed up for a shutout seventh, setting the stage for Morales’ heroics.

“The team is playing with a lot of confidence,” DiMare said. “There hasn’t been a lot of panic. We answered back, we battled back and our bullpen held them.

Gallo (1-0) earned his first win in a Miami uniform, while Walters recorded his ACC-leading 10th save.

With the victory, the Hurricanes have won 12 games in a row for the first time since 2016.

Miami goes for its third straight sweep Sunday when the Hurricanes and Cavaliers square off in the series finale. First pitch is scheduled for 1 p.m.

“Even now, people are still doubting us,” Morales said. “We are just going to keep proving them all wrong. Everybody keeps doubting us because we’re a young team, but we have a lot of fight in us. We aren’t satisfied yet.” 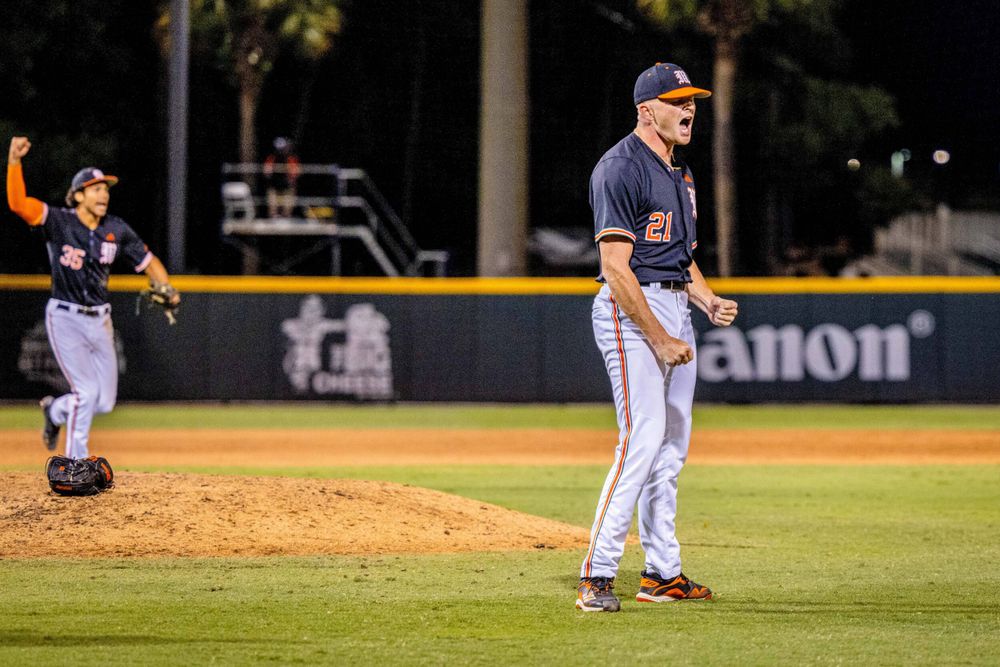