And the Miami Hurricanes are firm believers.

“Dom [Pitelli] has been telling me to try this bat out,” Morales said. “I asked [director of operations] Robert “GM” McDaniel, and the great GM, overnighted it and got me the bat. I’m just going to keep the bat throughout the year from now on.”

Just like UPS did, Morales delivered in the clutch.

The Miami third baseman smacked the game-winning two-run blast, sending the sellout crowd at Mark Light Field into a frenzy.

“I almost missed first base,” said Morales after his 430-foot bomb. “I don’t know where I was going. I was just really hyped to be able to do that and help my team out. It was a big moment.” 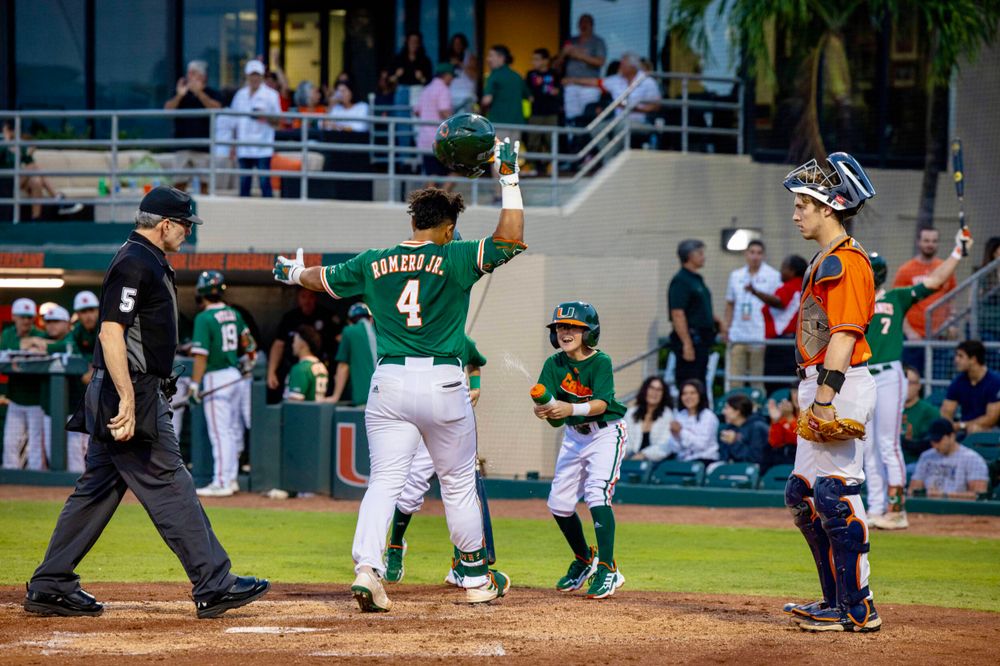 After Virginia scored two runs in the second inning, Romero Jr. answered on the first pitch of the bottom half.

Romero Jr. turned on an inside fastball, lining a laser over the right-field fence to cut the deficit in half.

“I woke up today and I had the song,” said Romero Jr., who changed his walk-up song to ‘Madre Mia’ by Sergio Vargas. “I didn’t even know what I was going to put yesterday, but this morning it hit me. Running around the bases was a sigh of relief. We’re going to keep the walk-up song where it’s at right now.”

As magical as Romero Jr. and Morales’ round-trippers were, freshman outfielder Gaby Gutierrez may have stolen the superstition spotlight. 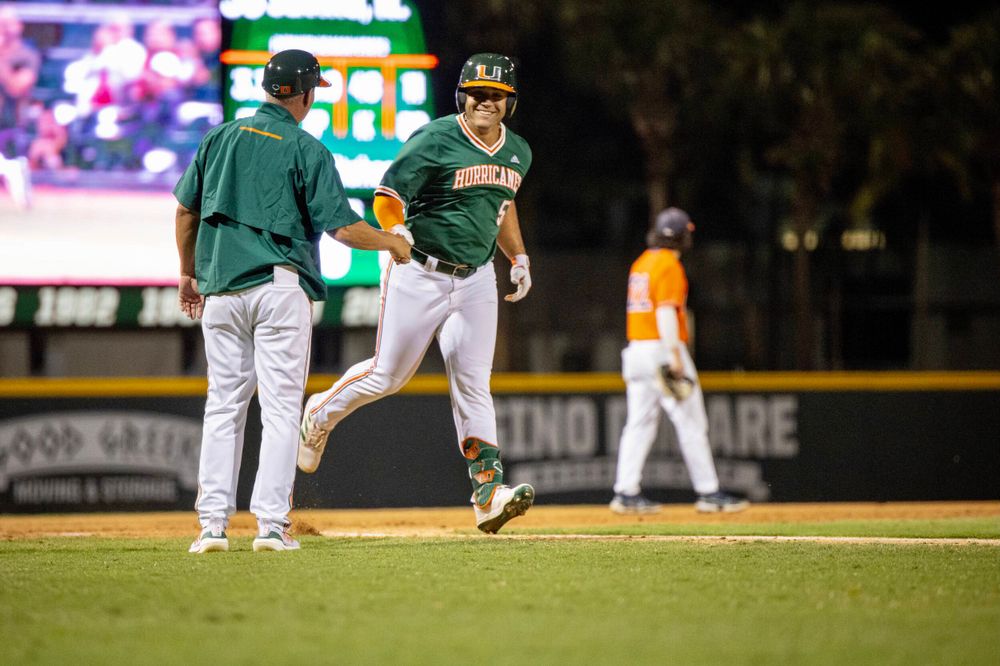 A freshly-shaven Gutierrez launched an opposite-field home run for his first career shot to pad the Hurricanes’ advantage to 4-2 in the fifth.

“As soon as he got to the dugout, everybody was hugging and congratulating him,” Morales said. “It was an amazing moment. I couldn’t be happier for him.”

Miami’s trio of longballs was more than enough for ace Carson Palmquist. 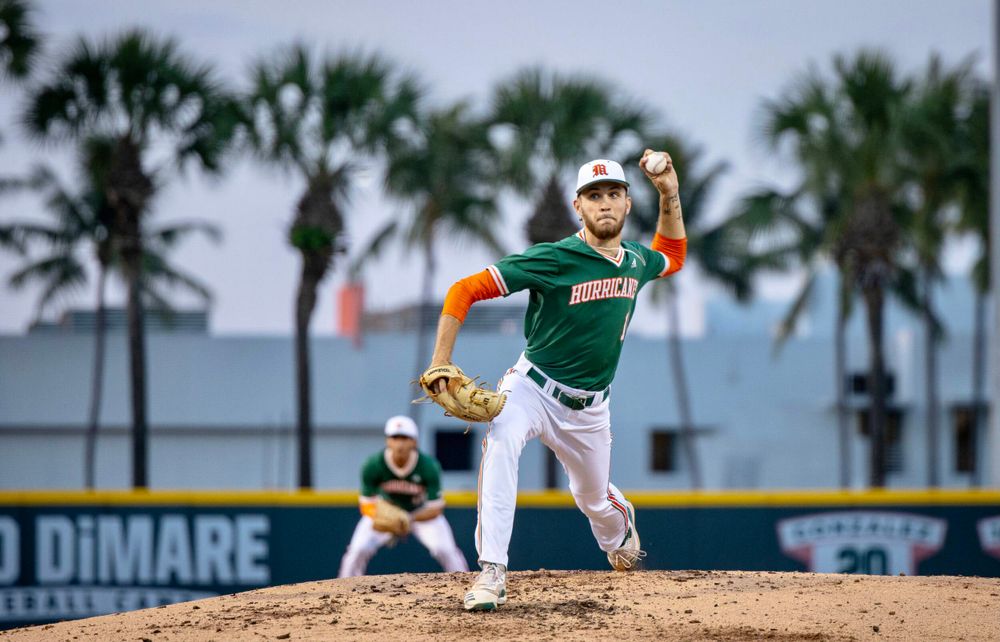 “It’s a good start to the series.,” Miami head coach Gino DiMare said. “We got some big hits and answered back after they scored. We outhit them and we outpitched them. I’m very happy with the series-opening win and we’ll turn the page and get ready to play tomorrow.”

With the victory, the Hurricanes have won 11 straight games, which matches their longest winning streak since 2018.

Miami looks to secure the series against Virginia Saturday. First pitch is set for 7 p.m. at Mark Light Field.

“We know what we have is special,” Morales said. “It’s just a family. We want to prove people wrong. Everybody at the beginning of the season was doubting us and not giving us the credit we deserve. We’ll keep proving people wrong throughout the whole year. The job’s not finished this weekend.”