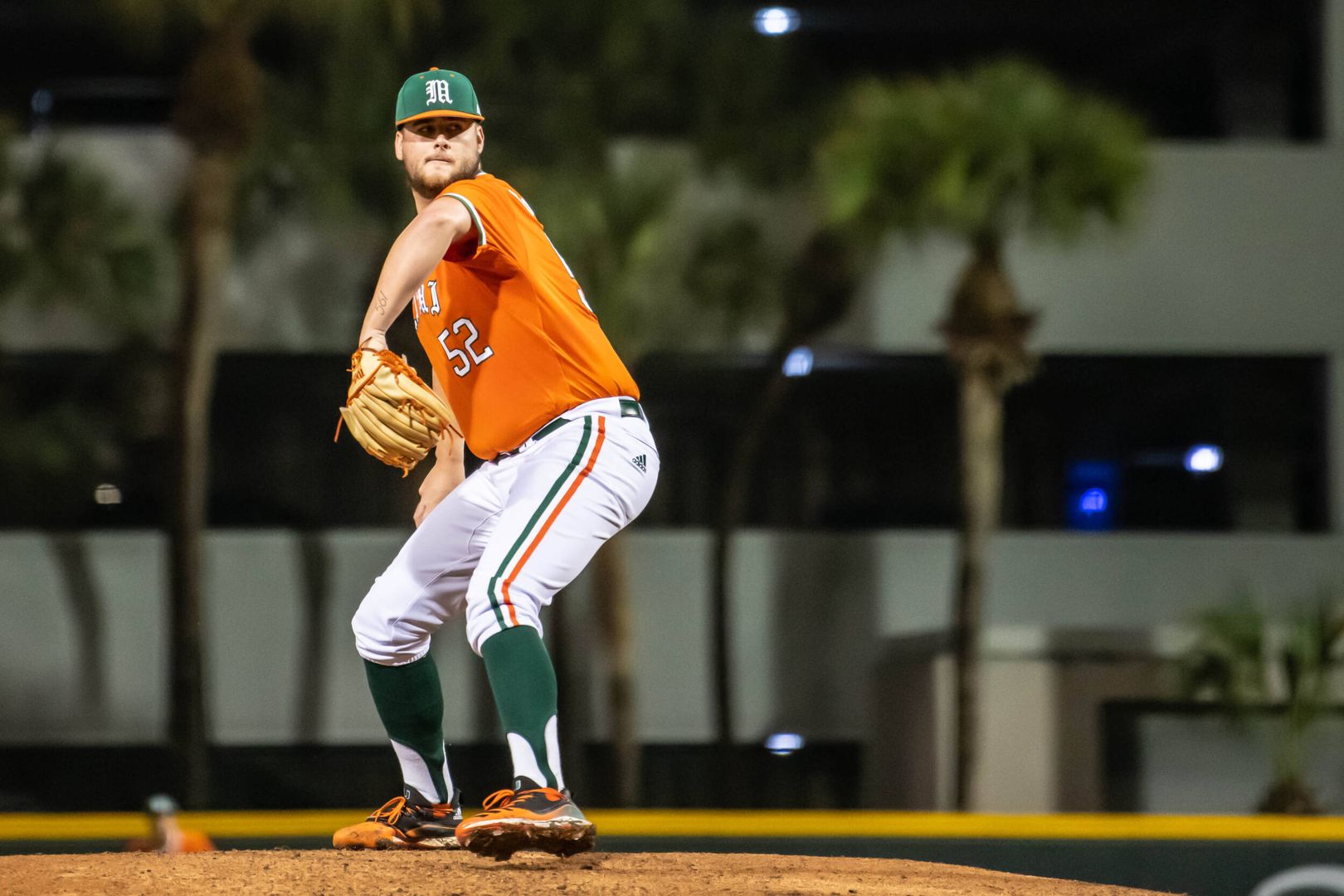 CORAL GABLES, Fla. — The long wait was worth it.

Not only did the University of Miami baseball have to outlast the Towson Tigers Saturday evening, but the Hurricanes also had to battle the elements at Alex Rodriguez Park.

After two different weather delays, the Hurricanes stormed past the Tigers, 13-2, in front of 2,677 fans.

“You’re sitting around. You’re just waiting, hoping the guys don’t get tired and lethargic when they come out of there,” Miami head coach Gino DiMare said. “We had to start and stop, so that’s a good sign. It’s a good sign of the mentality of a team. I’m very happy that the guys were ready to play and played the way they did.”

With a scheduled 7 p.m. first pitch, the second game of Saturday’s doubleheader was pushed back to 8:05 p.m. because of rain.

Miami (3-0), which won the afternoon affair of the twin bill, 11-2, turned to third-year righty Jake Garland for the night cap. Garland promptly set down the Tigers (0-3) in the opening inning, but then the skies opened up again.

After a 44-minute stoppage, play resumed, and the visitors would strike first.

Towson pushed across a tally in the third, but the Hurricanes responded immediately and never looked back.

Miami scored in five of its last six trips to the dish, sparked by three runs in both the third and fourth inning.

Yohandy Morales, who followed Kayfus and Pitelli in the lineup, crushed his first home run of the season, clanging an 0-1 pitch off the brand-new state-of-the-art scoreboard in left field to lead off the fifth.

The star-studded sophomores combined for six of Miami’s 10 RBI.

In the victory, all nine starters reached base, including freshman catcher JD Jones, who recorded his first collegiate hit.

“You’re seeing them hit the ball all over the field. Balls are being hit hard, it’s a good sign. All the guys in the lineup are doing a good job,” DiMare said. “You want everyone going good on all cylinders.”

On the mound, Miami’s pitching staff continued its dominance. 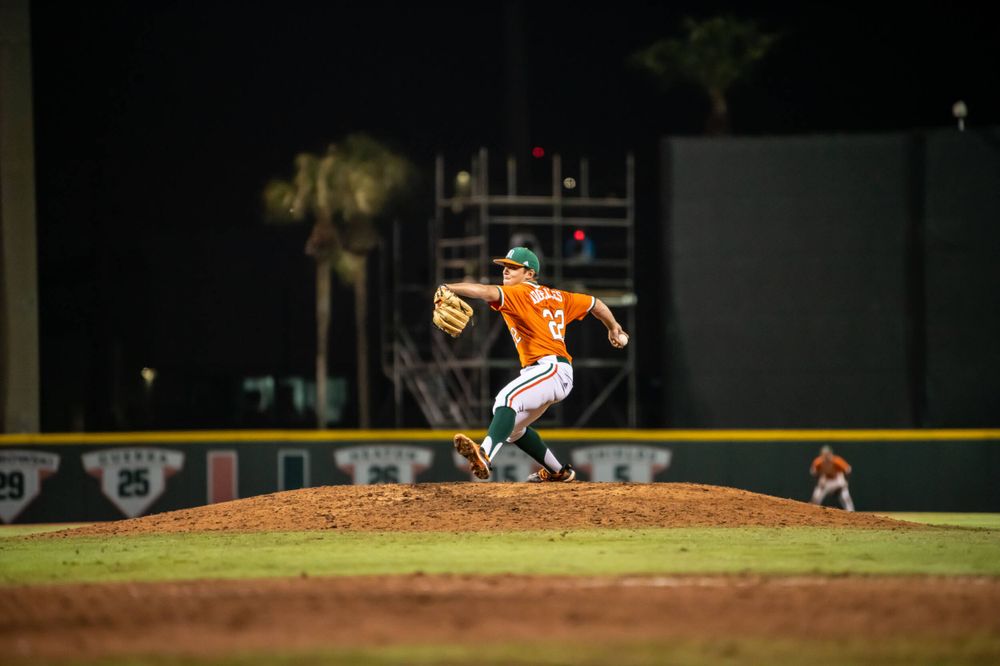 Relievers Anthony Arguelles and Alejandro Torres teamed up to toss three hitless frames to seal the win and series victory.

“Jake was excellent. He was our only starter to go six innings so far this weekend,” DiMare said. “Jake threw very well, Anthony threw well and Ale too. It was good to see those guys get in and pitch like that.”

The Hurricanes will look for an Opening Weekend sweep Sunday when Miami and Towson meet in the series finale. First pitch is slated for 1 p.m.

“I’m very happy so far,” DiMare said. “We have to be ready to come out and play tomorrow after a long, long day today.”