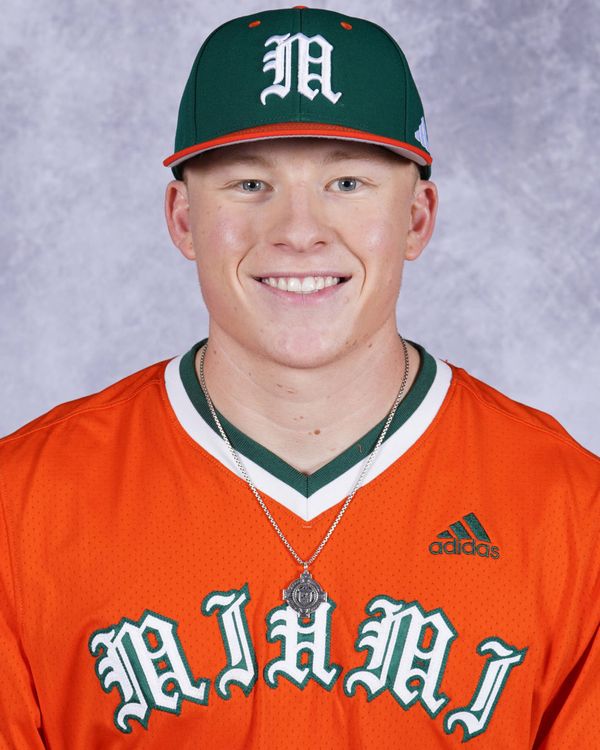 Freshman (2022): Appeared in 19 games, making two starts at catcher for the Hurricanes…Hit .294 (5-for-17) with one RBI, six runs scored and three walks…Totaled one multi-hit performance…Reached base safely three times and picked up his first career hit in a start against Towson (Feb. 19)…Notched a single and scored in back-to-back games played at No. 18 Clemson (Mar. 18) and at Duke (Apr. 3)…Recorded his first career multi-hit performance and RBI, while scoring twice, in his second start vs. FIU (Apr. 6).

High School: Four-year letterman at Fairview High School, serving as captain in 2021…Named first-team all-conference and first-team all-region as a senior…Finished his high school career with a .361 average, seven home runs and 46 RBI…Batted .409 in his final season at Fairview with five home runs and 20 RBI…Helped lead the Knights to the 2021 5A Colorado Front Range League Championship.

Personal: Parents are Jeff and Donna Jones…Has one brother, Brett, and one sister, Reilly…Father played football at Mercyhurst University…Intends to major in finance.