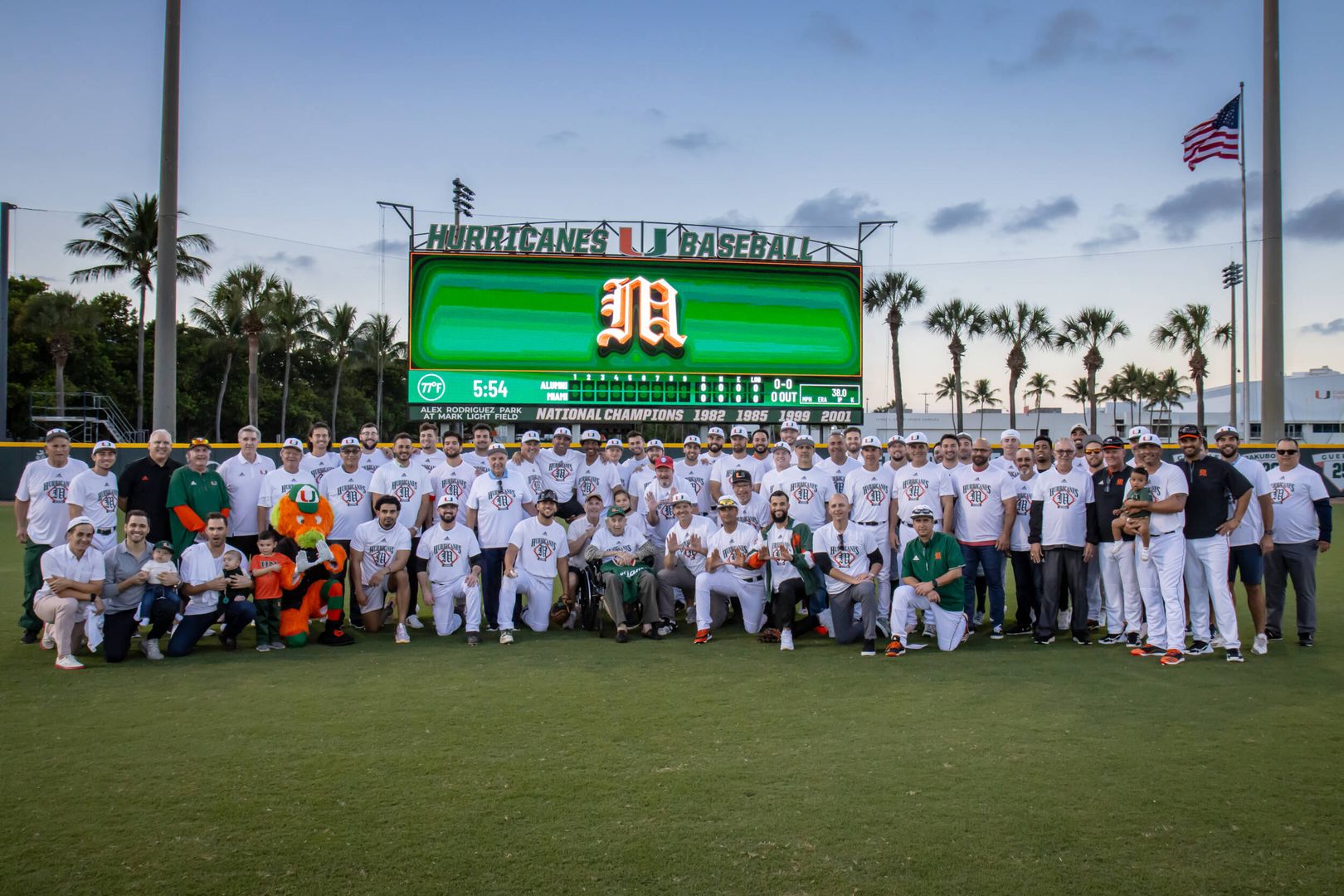 Hurricanes Down Alumni, 13-0, in Exhibition

The 2022 Miami Hurricanes dominated from start to finish, cruising to a 13-0 victory over the Alumni Team.

“The best part about it is these guys come back,” DiMare said. “I had juices flowing more than I have had really all fall and spring because we’re playing somebody outside, you have a crowd, the announcer and the scoreboard is going. All in all, I was happy.”

The Hurricanes scored nine runs in the first four frames, including a five-run fourth inning. Miami tacked on four insurance tallies in the eighth to bookend the offensive outburst.

Ten different Hurricanes recorded a hit, combining to total 14 knocks on the night.

“The whole team contributed today,” sophomore infielder Yohandy Morales said. “It was a great experience seeing all the players and everybody from all of these years come here and play against us.”

On the mound, Miami carved up the Alumni Team.

The five Miami hurlers retired 15 of the last 16 alumni hitters.

“I was just competing and having fun, knowing a lot of the guys on the other team. “I went out there and made my pitches and attacked all the hitters,” Palmquist said. “It was awesome watching those guys come in at the end and show what they’ve been doing all fall in scrimmages and practice. It’s fun to see it all come to light and see other guys having success too.”

Miami opens its 2022 slate on Feb. 18 with the first game of a four-game series against Towson. First pitch is scheduled for 7 p.m. at Mark Light Field. 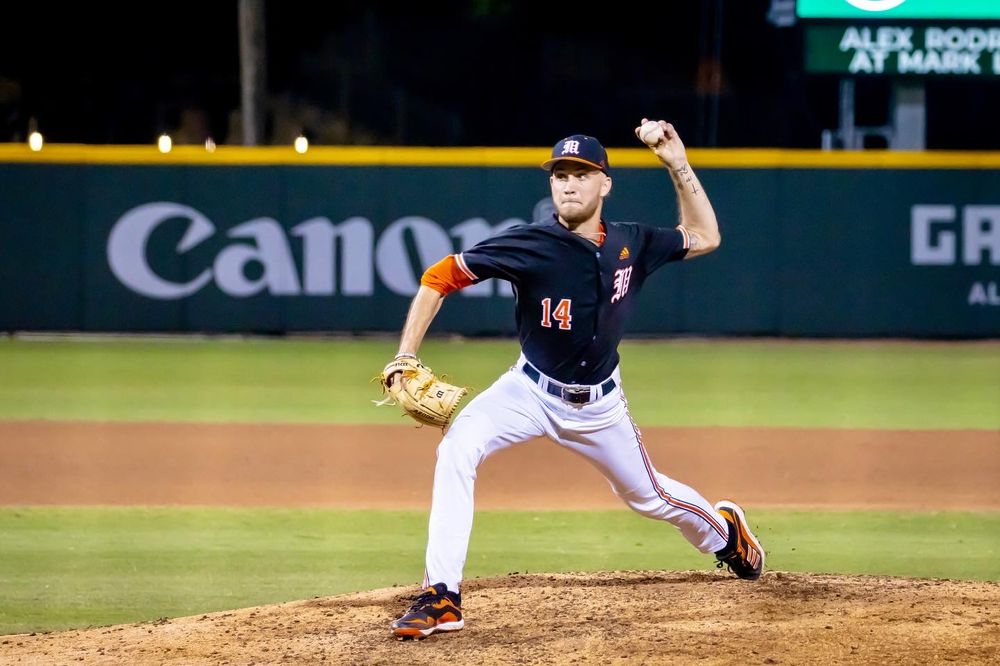