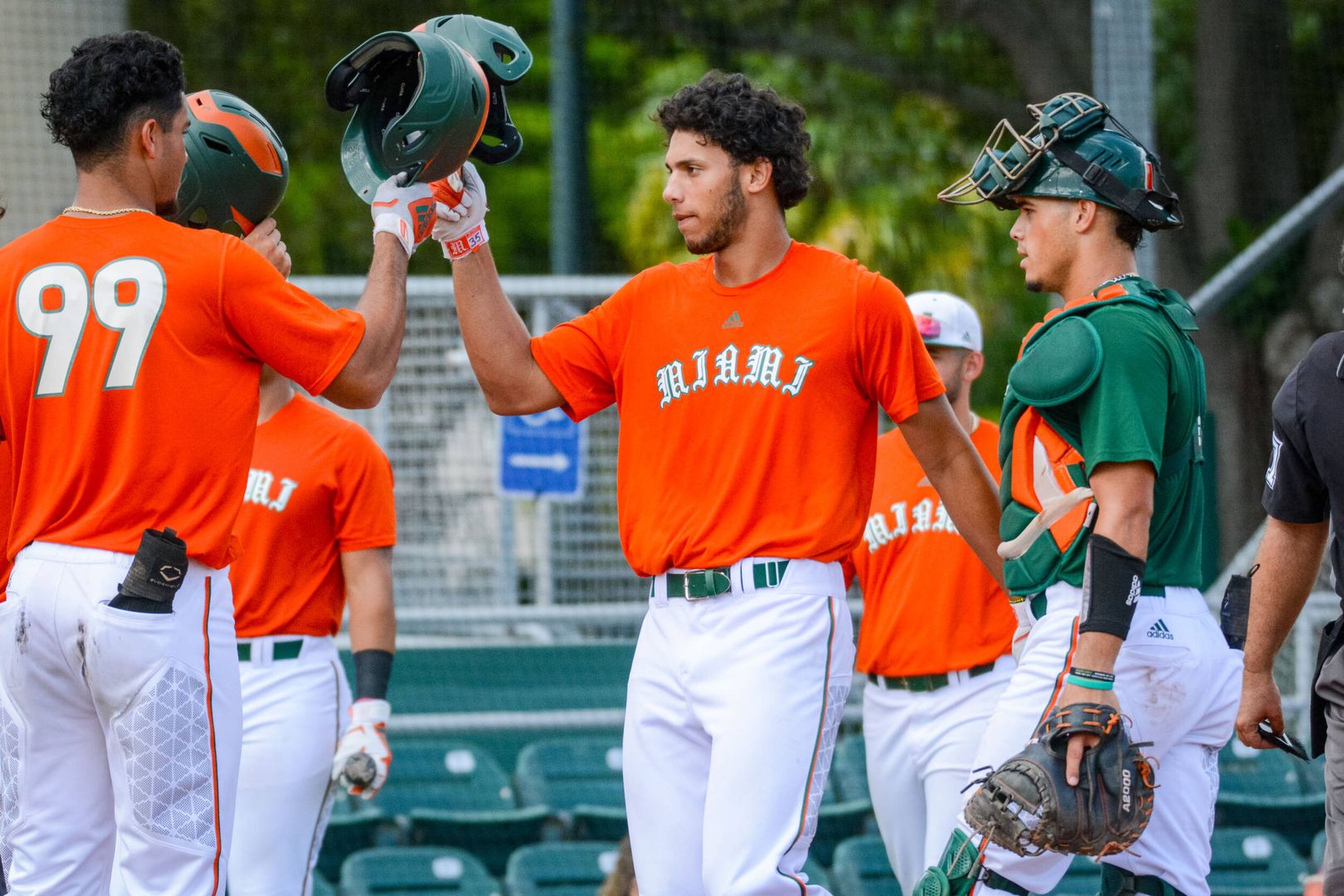 The two sides battled across 21 innings spread over three days, featuring a running score format with the winner declared at the conclusion of the event.

“Overall, the Orange and Green World Series was played well by both teams,” Miami head coach Gino DiMare said. “The wind was blowing out pretty good for all three days and our offense took advantage of that. A lot of balls were hit hard throughout the games and our defense was solid, with some terrific highlight plays in each of the games. Our pitching has been ahead of our hitters this fall leading up to the World Series games, so it was nice to see the offense swing the bat.”

Team Orange jumped out to a commanding, 13-2, advantage after the first day of action.

On the mound, Alejandro Rosario allowed just one hit over five shutout innings. The right-hander tallied six strikeouts without surrendering a walk.

The Orange squad extended its lead to 17-4 through 14 innings of play. Yohandy Morales collected three hits, including a two-run opposite-field home run.

Jake Garland, Jamar Fairweather and Matt Raudelunas combined to hold Team Green to only two runs across the middle seven frames. Garland pitched the first five before Fairweather and Raudelunas each tossed a scoreless inning to cap off the afternoon.

Team Green clawed its way back on the final day, pulling within six runs. Freshman outfielder Edgardo Villegas left the yard as part of a three-hit and four-RBI performance.

Right-hander Jordan Dubberly got the ball for the Green squad, scattering five hits in as many innings. Dubberly surrendered only one run and racked up four punchouts.

However, Team Orange was able to fend off the late Green rally to hold onto win.

Following the conclusion of the 21-inning marathon, Morales was awarded Offensive MVP honors after finishing 4-for-7 with two homers, while Rosario claimed Pitching MVP accolades after his dazzling start to begin the series.