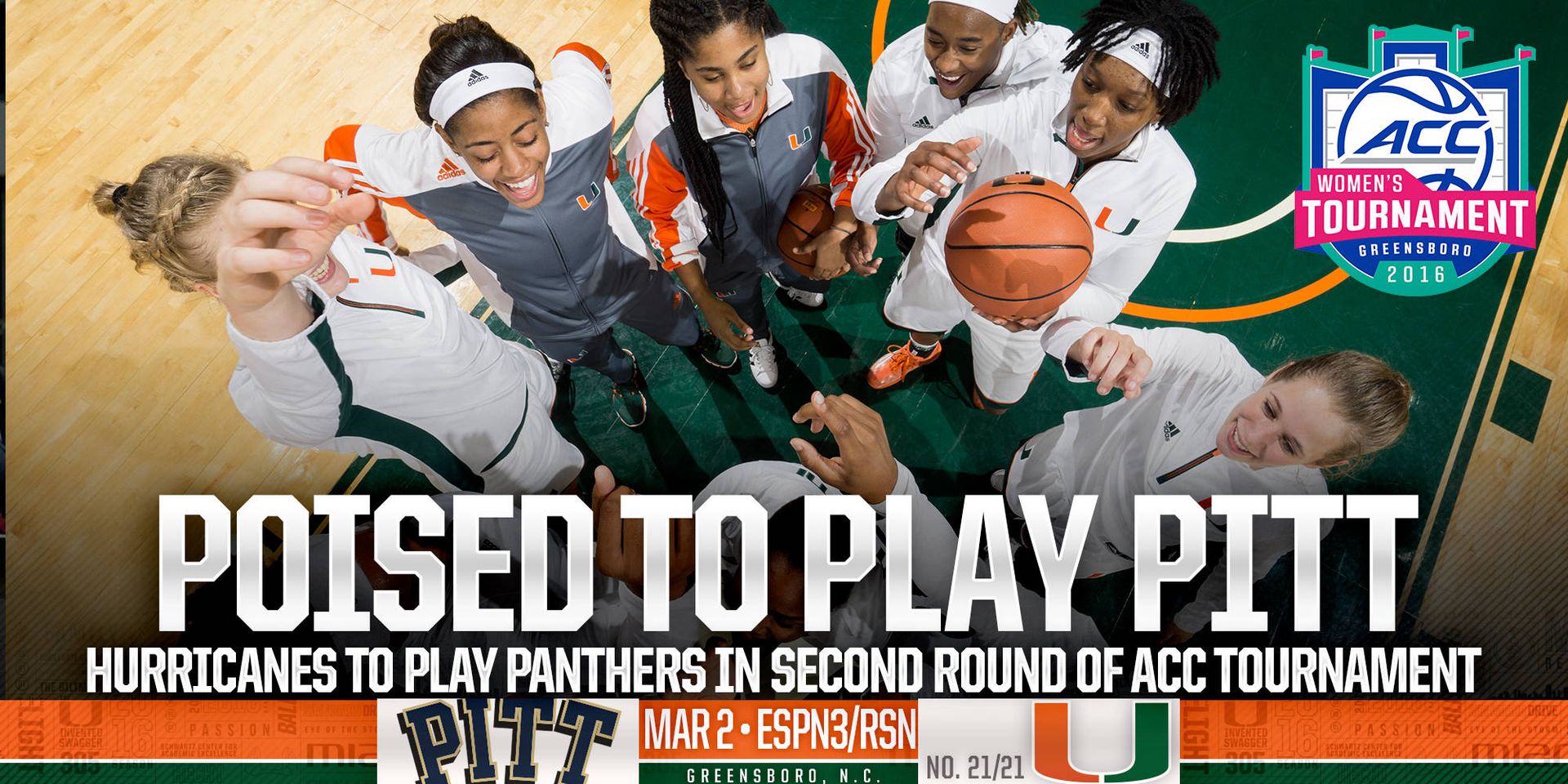 The Game
The Hurricanes, ranked No. 21 in both The Associated Press Poll and the USA TODAY Coaches Poll, are set to begin ACC Tournament play Thursday at the Greensboro Coliseum in Greensboro, N.C. Miami, the fifth seed in the field, will take on 12th-seeded Pittsburgh at 11 a.m.

The Series
Miami has an 18-9 advantage in the all-time series against the Panthers after winning six of the past seven meetings. The teams have never met in the ACC Tournament, but Pittsburgh held a 2-1 advantage in BIG EAST Tournament action. Miami won this year’s regular season matchup, coming away with a 79-55 home victory on Jan. 7, 2016.

The Opponent
The Panthers are 13-17 (4-12 ACC) on the season and earned their first-ever ACC Tournament victory with an 82-72 overtime triumph over North Carolina Wednesday afternoon. Forward Brenna Wise, an All-ACC Freshman Team pick, leads the Panthers in both scoring and rebounding at 10.5 points and 7.6 boards per game. Sophomore forward Yacine Diop also averages double-digit points per game at 10.2 per contest.

Last Time Out
The Hurricanes dropped a 70-67 decision on the road at then-No. 12/12 Florida State. Miami led for over 31 minutes of action and shot 25-of-54 (46.3 percent) from the field. Motley led the Hurricanes with 18 points, while Thomas added 14 and Hayes posted 10 to go along with her nine rebounds. Davenport had a superb all-around game with nine points, seven rebounds and a game- and career-high five steals. Miami outrebounded the Seminoles for the second time this season; Florida State has led on the boards in all but three of its other 27 games.

Up Next
If the Hurricanes defeat the Panthers, they will face No. 14/10 Florida State, the ACC Tournament’s fourth seed, Friday at 11 a.m. in the quarterfinals.