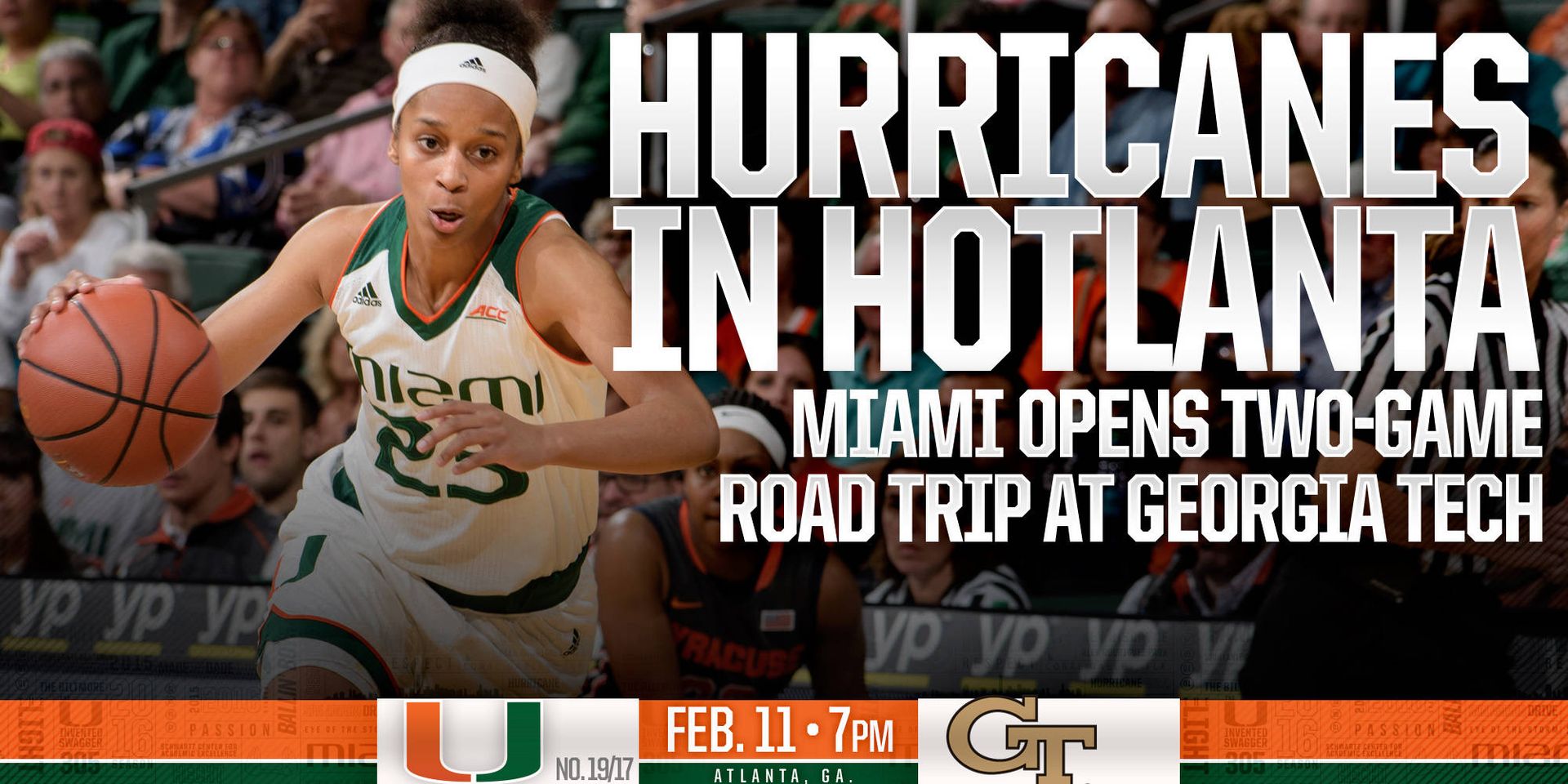 The Game
The Hurricanes, ranked No. 19 in The Associated Press Poll and No. 17 the USA TODAY Coaches Poll, are set for the first of two consecutive ACC road games Thursday night at Georgia Tech. The Hurricanes and Yellow Jackets will meet at 7 p.m. at Hank McCamish Pavilion in Atlanta.

The Opponent
The Yellow Jackets enter the game at 14-10 (4-7 ACC) on the season and feature the top scorer in the ACC in guard/forward Aaliyah Whiteside. The senior is averaging 20.5 points per game on the season and she also leads the team in both rebounds (7.1) and assists (2.9) per outing. Senior forward Roddreka Rogers ranks second in scoring and rebounding at 10.3 and 7.0 a game, respectively. Georgia Tech was picked to finish No. 11 in the ACC preseason poll after posting a 19-15 (7-9) mark last season, en route to an appearance in the second round of the WNIT.

Last Time Out
Miami picked up the second win over Duke in program history Sunday afternoon at the BankUnited Center in Coral Gables, Fla., downing the Blue Devils, 61-53. The Hurricanes limited Duke to 11 points in the first half, the fewest the Blue Devils have ever scored before the break. Miami held Duke without a field goal for 15:40, including 11:37 without a point, as the Blue Devils missed 24 shots in a row. Motley led all scorers with 21 points, her 20th-career 20-point outing, while Thomas added 13 points and Hayes chipped in with 11. Davenport pulled down a career-high 15 rebounds to help Miami become just the fifth team to outrebound Duke this season.

Up Next
The Hurricanes will play their second-straight road game Sunday at 1 p.m. when they take on third-ranked Notre Dame at Purcell Pavilion in South Bend, Ind.