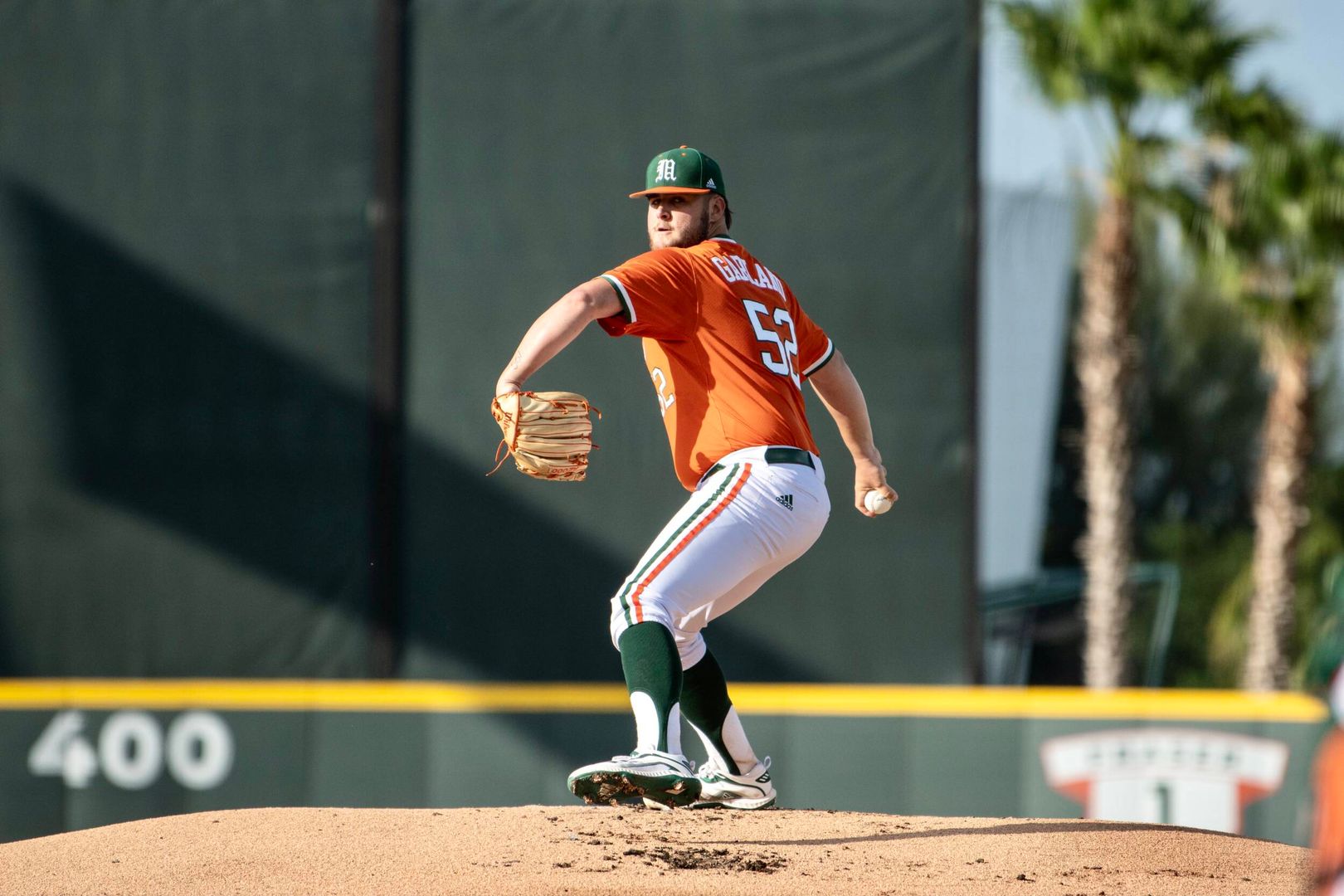 CORAL GABLES, Fla. — Heading into the 2022 season, the University of Miami baseball team expected its strength to be on the mound.

And while Miami’s pitching staff has been one of the best in the ACC, the Hurricanes had only accomplished what they did Tuesday night one other time this year.

Behind a strong start from right-hander Jake Garland, No. 5 Miami recorded its second shutout of the season, beating the Bethune-Cookman Wildcats, 9-0, at Alex Rodriguez Park at Mark Light Field.

“Anytime you get a shutout, you have to give props to your pitchers,” Miami head coach Gino DiMare said. “They all did very well. Jake threw well and went deep into the game. I was very happy with how he threw. Alex McFarlane and Anthony Arguelles did a good job behind him.”

Garland set the tone for the Hurricanes (29-9, 14-4 ACC), striking out seven across seven shutdown innings. The third-year sophomore limited the Wildcats (16-20, 10-5 SWAC) to just six base hits and one walk.

“A big part of the success of my outing was my slider,” said Garland, who logged his co-team-best sixth victory. “My slider was working really well. My fastball runs into the plate and my slider goes away. Having two pitches that go in different directions really makes it hard for hitters. I worked on it in my last bullpen, getting the spin right.”

Righties Alex McFarlane and Anthony Arguelles picked up where Garland left off, teaming up to toss two scoreless frames. McFarlane struck out the side in the eighth, while Arguelles notched a punchout before helping complete a game-ending 3-6-1 double play.

Miami’s bats backed the trio of hurlers from the first pitch.

Third baseman Yohandy Morales put the Hurricanes on the board with a sacrifice fly in the opening inning.

In the second, Miami doubled its lead, capitalizing on a defensive miscue by the Wildcats.

The Hurricanes broke the contest open in the sixth and seventh, totaling seven runs across the two frames.

Catcher Carlos Perez plated a tally with a sacrifice fly before first baseman CJ Kayfus and left fielder Edgardo Villegas each drove in a run in the sixth.

“Once one guy gets a hit, it feels super contagious, that’s what happened with us,” said Kayfus, who finished with three hits and three RBI. “I was just trying to keep my mojo going, not changing anything, staying the same.”

With Miami ahead, 5-0, the hometown Hurricanes put the game away in the seventh. 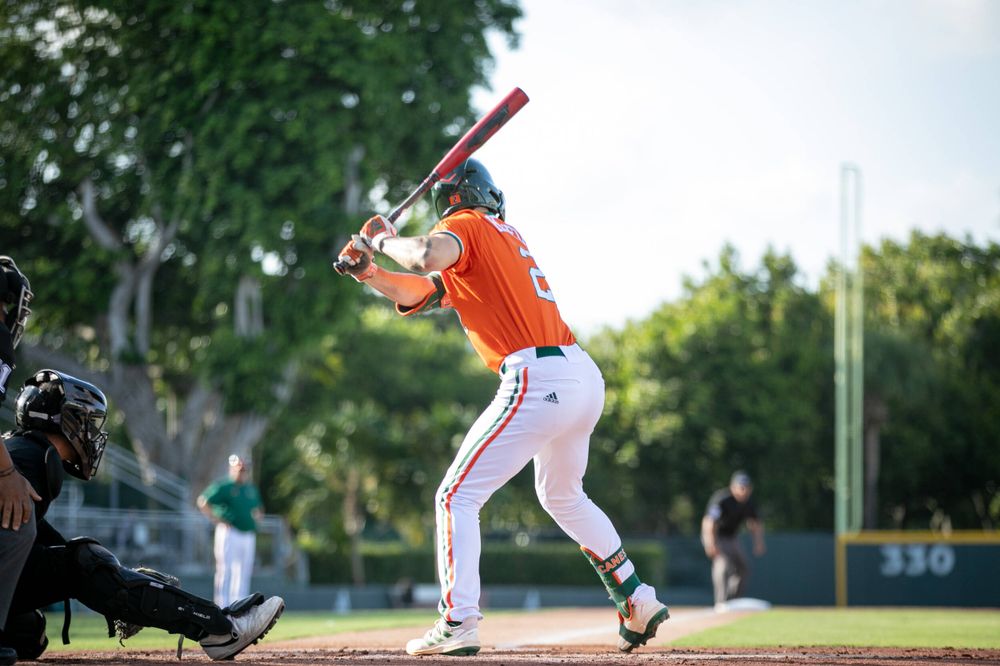 Following a pitching change, Kayfus capped off the offensive outburst with a two-run double, pushing the lead to 9-0.

“We did a good job when they brought their bullpen in,” DiMare said. “It was one of those games where it was moving along slowly and you’re waiting and waiting. Fortunately, we were able to put up some numbers there in those innings. I was happy to see the bats come alive and get some hits, two-out hits there.”

With the victory, the Hurricanes are now an impressive 28-6 (.824) in midweek matchups since DiMare took over the program in 2019.

Next, Miami welcomes the Pittsburgh Panthers to Mark Light Field for a pivotal ACC Coastal Clash. The three-game series begins at 7 p.m. Friday.