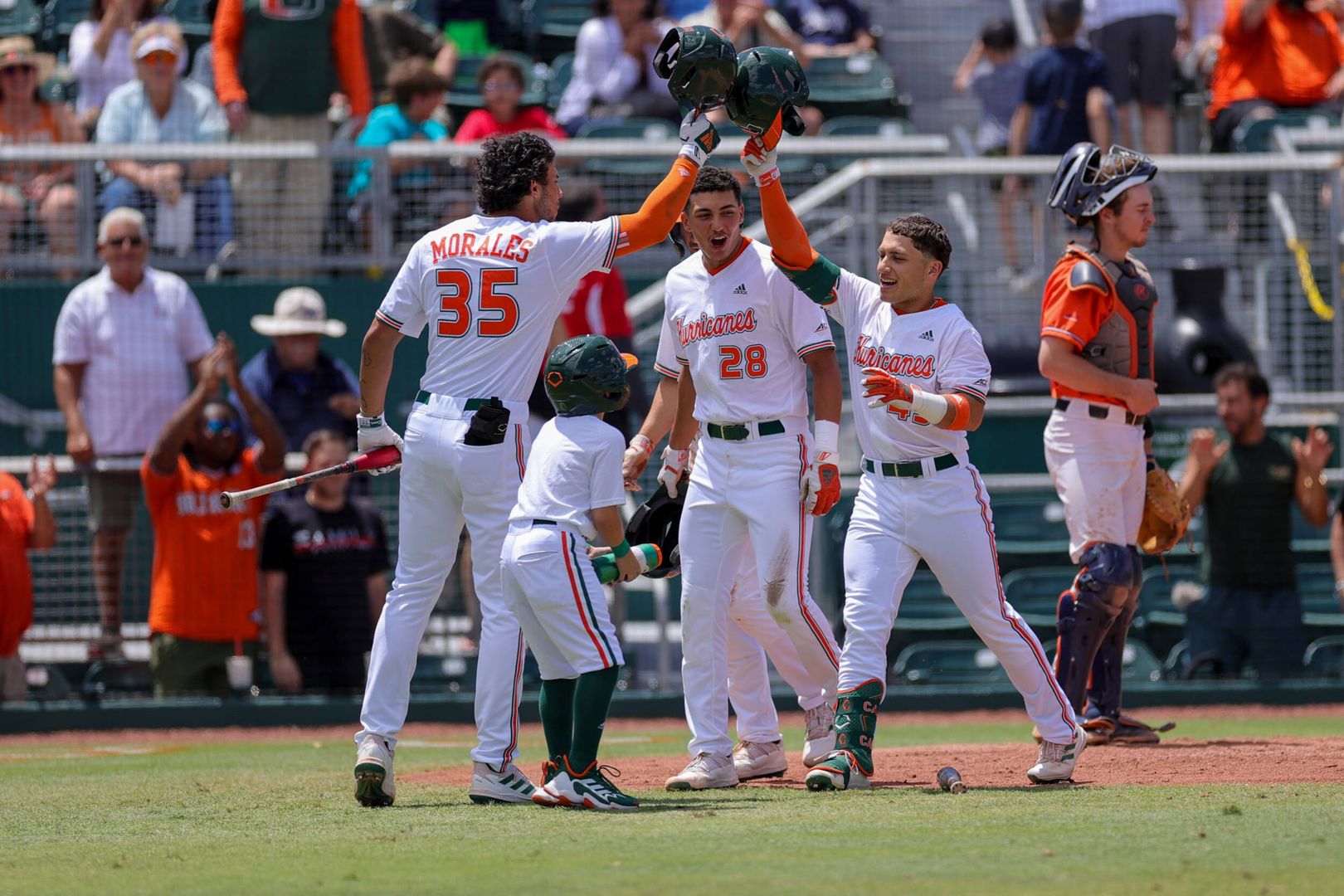 But this weekend, the Hurricanes made a statement.

“Ever since the start of the season, people didn’t think we’d be doing what we’re doing right now,” third baseman Yohandy Morales, who reached base in three of his four plate appearances. “We have a lot of haters out there but we want to keep proving everybody wrong. I feel like it sends a message to other teams that we’re not here to play games. The U is a great ballclub and we have to keep doing what we’ve been doing.”

With the win, the Hurricanes completed their first sweep over a top-three opponent in 10 years when Miami took all three games from North Carolina in 2012. 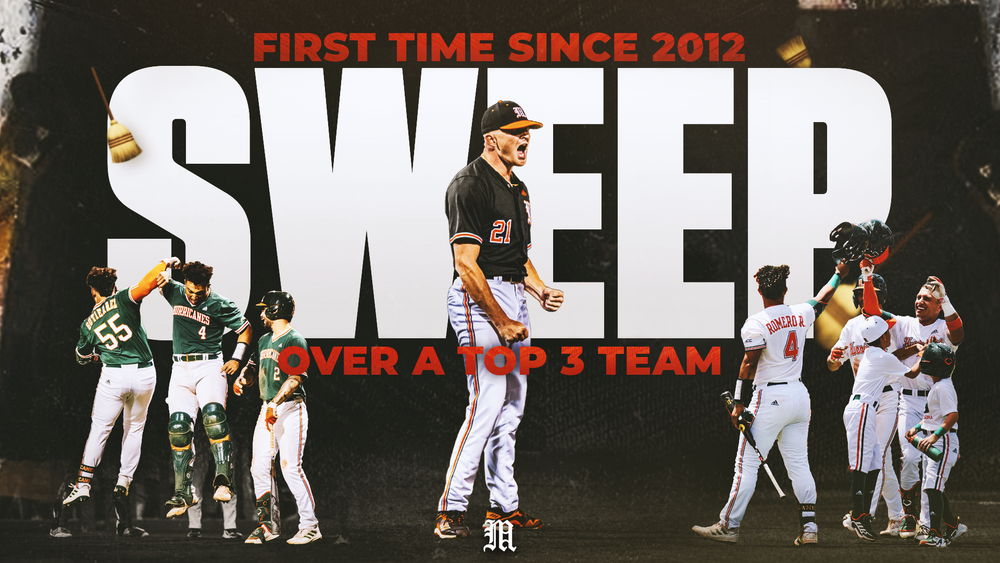 “The sweep is a great accomplishment,” head coach Gino DiMare said. “We swung the bat really well and made some plays defensively. At the end of the day, it’s a team effort and they picked up our pitchers.”

Miami scored five times in the third and sixth more tallies in the fourth to take a commanding lead heading into the middle innings.

Freshman outfielder Edgardo Villegas sparked the offensive outburst with a three-run blast in the third that traveled an estimated 359 feet. 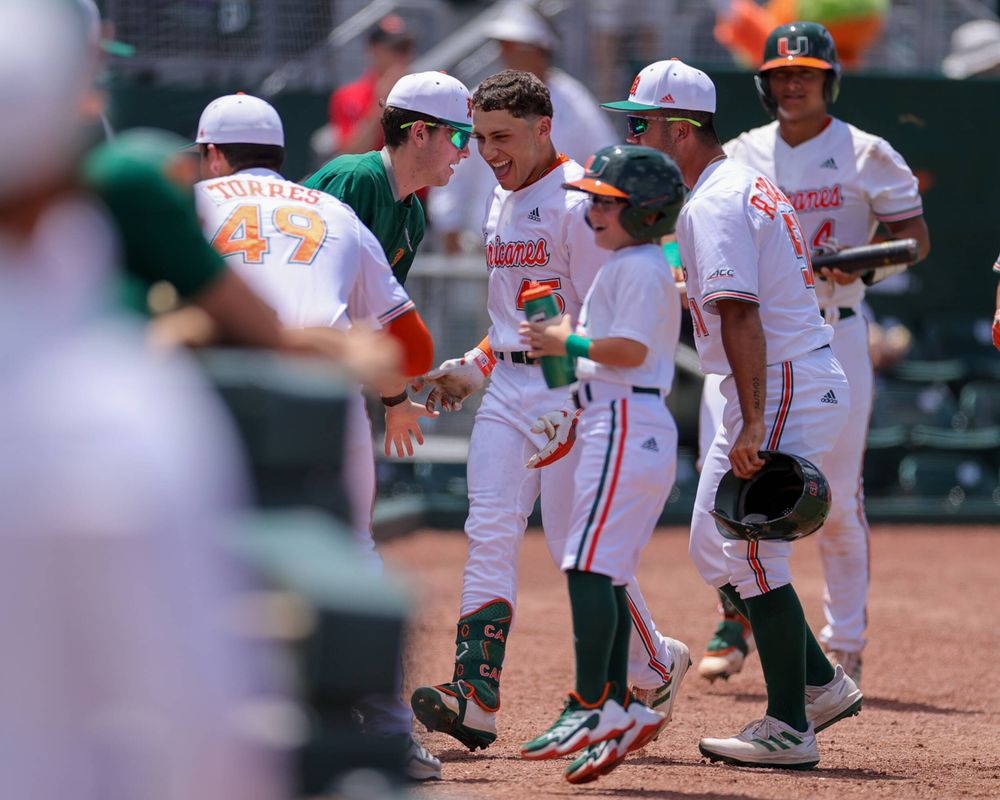 In the fourth, eight consecutive Hurricanes reached base, resulting in five runs.

Miami tacked on three more tallies in the sixth before adding another in the seventh.

“We’ve been swinging the bat pretty well all year,” DiMare said “We’ve put up some big numbers. The whole lineup is doing good job at giving good at-bats and that puts a lot of pressure on the pitchers, that’s why we’ve gone through a lot of pitchers.”

The Hurricanes knocked Virginia starter Jake Berry (4-1) out after three innings. The southpaw surrendered five runs on as many hits, lasting only 53 pitches.

“You have to have nine guys in the lineup giving good at-bats, going deep into counts, getting on base, putting pressure. A lot of the credit goes to Coach Lopez and our other coaches.” 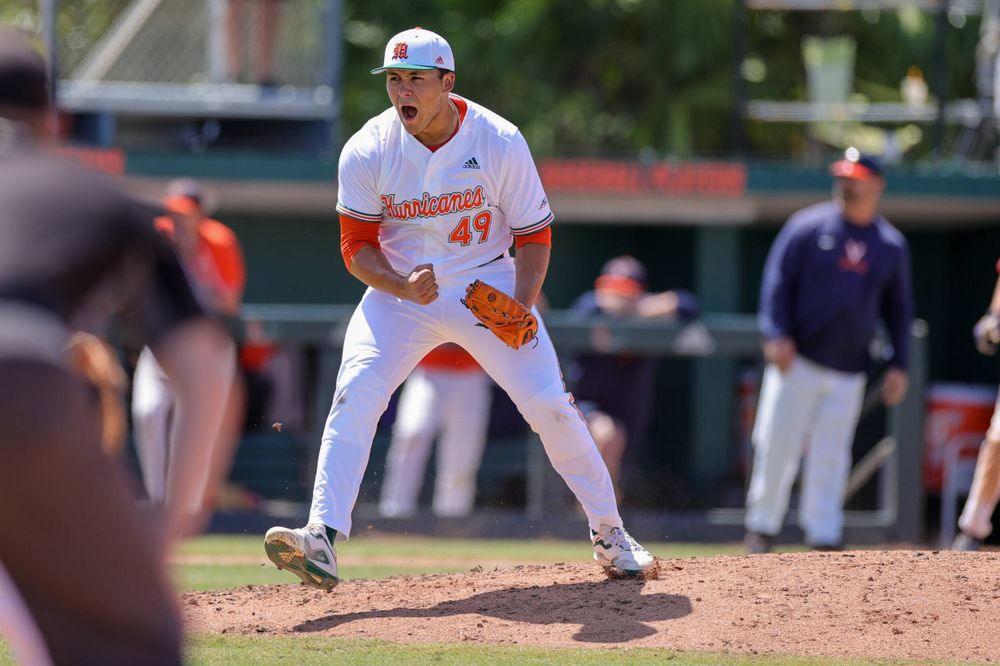 Miami right-hander Alejandro Torres (3-0) was credited with the victory, tossing 1 1/3 hitless innings in relief of Alejandro Rosario, who pitched the first four frames.

The Hurricanes have won 13 straight games, which matches their longest-winning streak since 2015.

Miami wraps up its six-game homestand Tuesday with a midweek matchup against FAU. First pitch is slated for 6 p.m. at Alex Rodriguez Park at Mark Light Field.

“I told them I don’t know what we’re going to be ranked,” DiMare said. “We’re going to move up, but make sure to stay humble, stay grounded and make sure we understand that this poll right now has no bearing. It’s the one at the end of the year. The one poll that I care about is the one at the end of the year. We know where we want to be and it’s a process of working it. I’m happy with where the team is at right now, but by no means should we be patting ourselves on the back saying we have this thing figured out.” 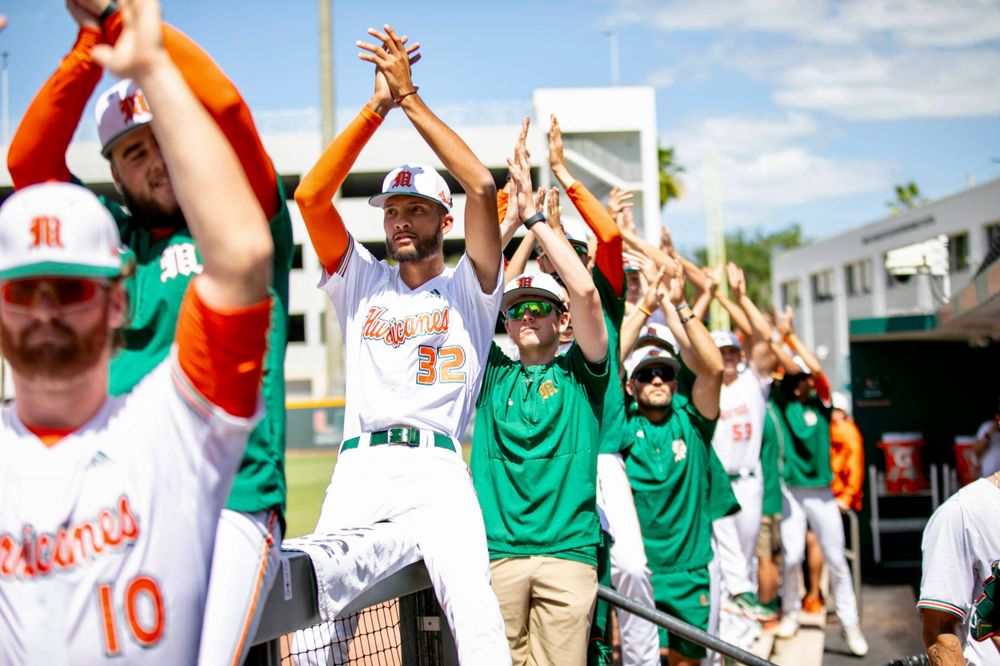