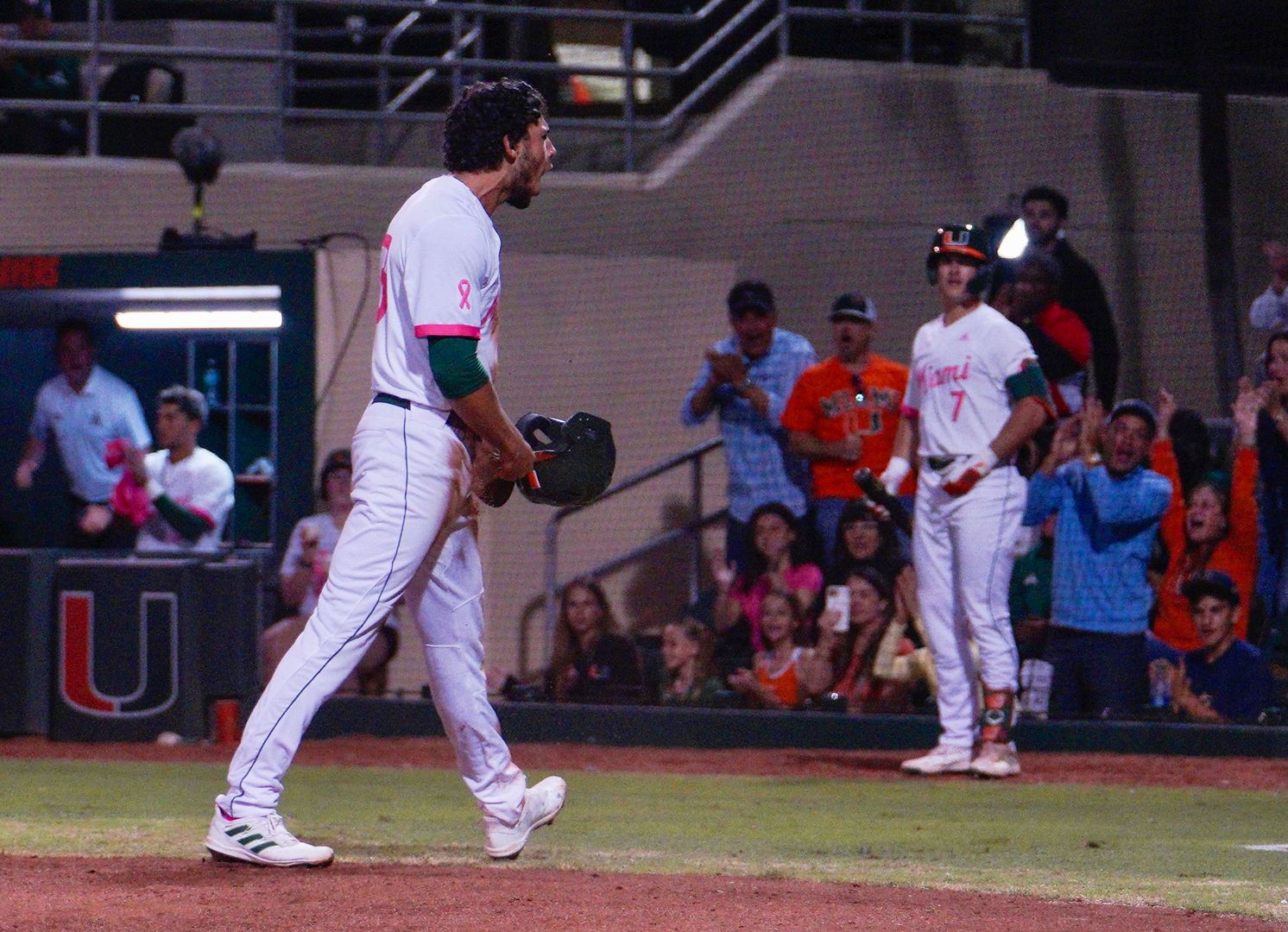 After totaling four hits through the first six innings, the Miami Hurricanes exploded in the seventh.

“We’re all fired up,” third baseman Yohandy Morales said. “We want everybody to know who the University of Miami Hurricanes are. We’re going to keep proving people wrong.”

Miami (16-6, 6-2 ACC) trailed the Tar Heels (18-5, 5-3 ACC) twice, but overcame both deficits to clinch the Hurricanes’ second series victory over a ranked team in as many weeks.

“It’s a big conference series and it’s a great opportunity,” Miami head coach Gino DiMare said.  “We maybe didn’t start exactly how we wanted, but these last two weeks have been great tests. We did a good job last night, but tonight was a little bit more of a battle.” 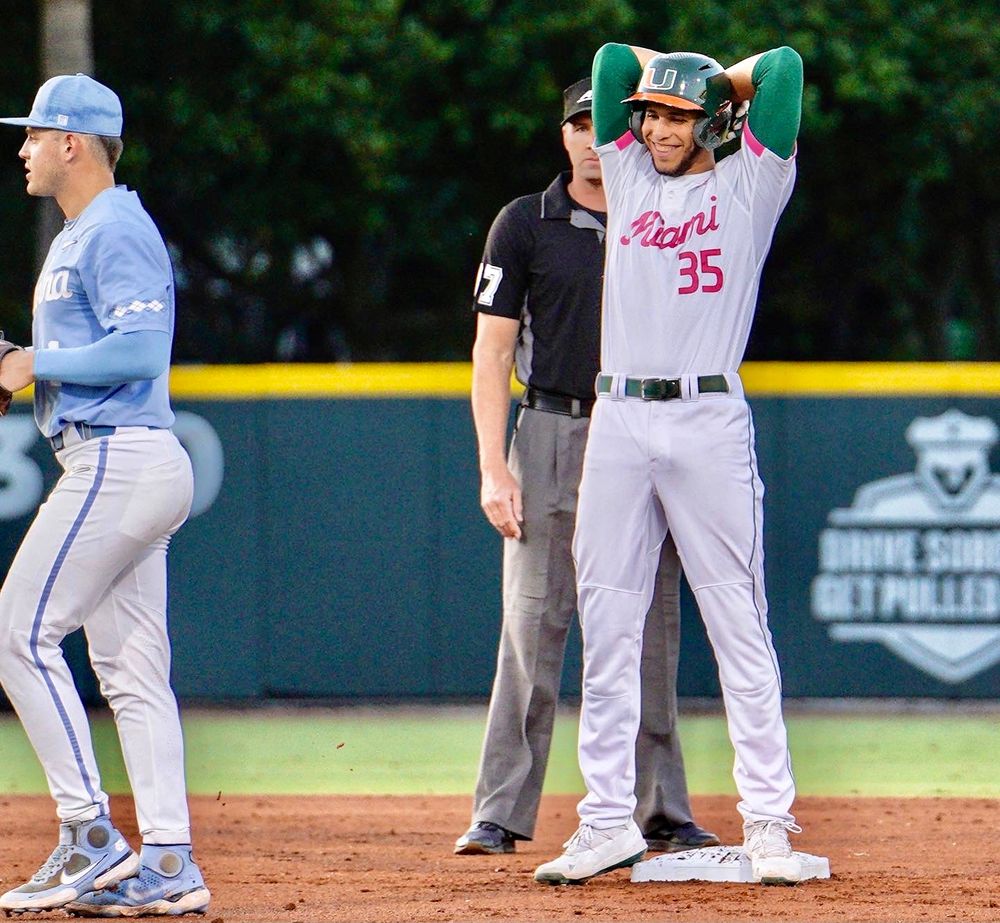 The Hurricanes went down in the opening frame, 2-0, and fell behind, 3-2, in the sixth, before rallying in the seventh.

Left fielder Edgardo Villegas followed with a base hit, setting the stage for Morales.

Morales roped a single into center, scoring Kayfus from second to tie the game, 3-3.

Catcher Maxwell Romero Jr. delivered an opposite-field double that cleared the bases, giving the Hurricanes their first lead of the night. 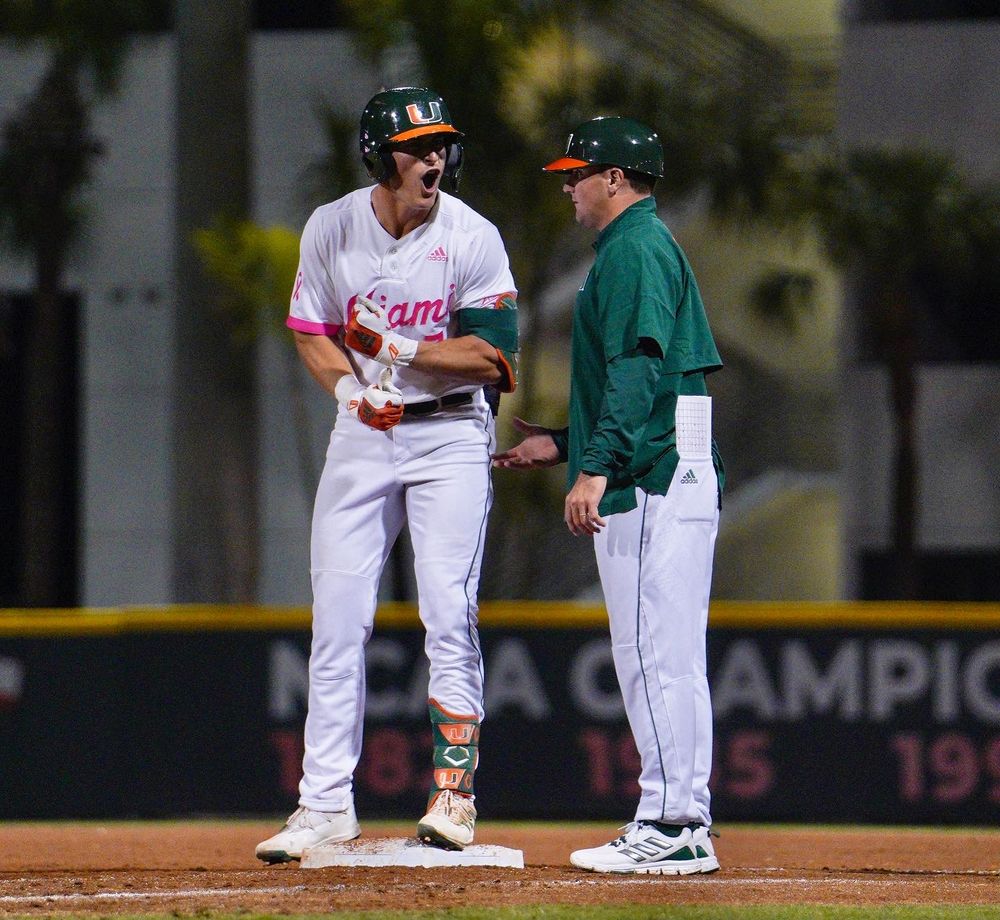 “We’ve done a really good job of scoring late in games,” DiMare said. “I didn’t see us chasing out of the zone as much. I thought we did a better job of laying off bad pitches. When they left some pitches up, guys did a good job of taking advantage of it.”

DiMare handed the ball to set-up man Gage Ziehl in the eighth, who retired the Tar Heels in order on just nine pitches.

Miami tacked on an insurance tally in the bottom half before right-hander Andrew Walters locked down the victory.

“People have been underestimating us,” Villegas said. “Everybody has been hungry. We’ve been grinding because we know we’re better than a lot of teams.”

Villegas finished with his first career four-hit performance and scored twice. Meanwhile, Morales went 3-for-5 with a double and two RBI.

Right-handed pitcher Alejandro Torres (2-0) was credited with the win after tossing two innings in relief. 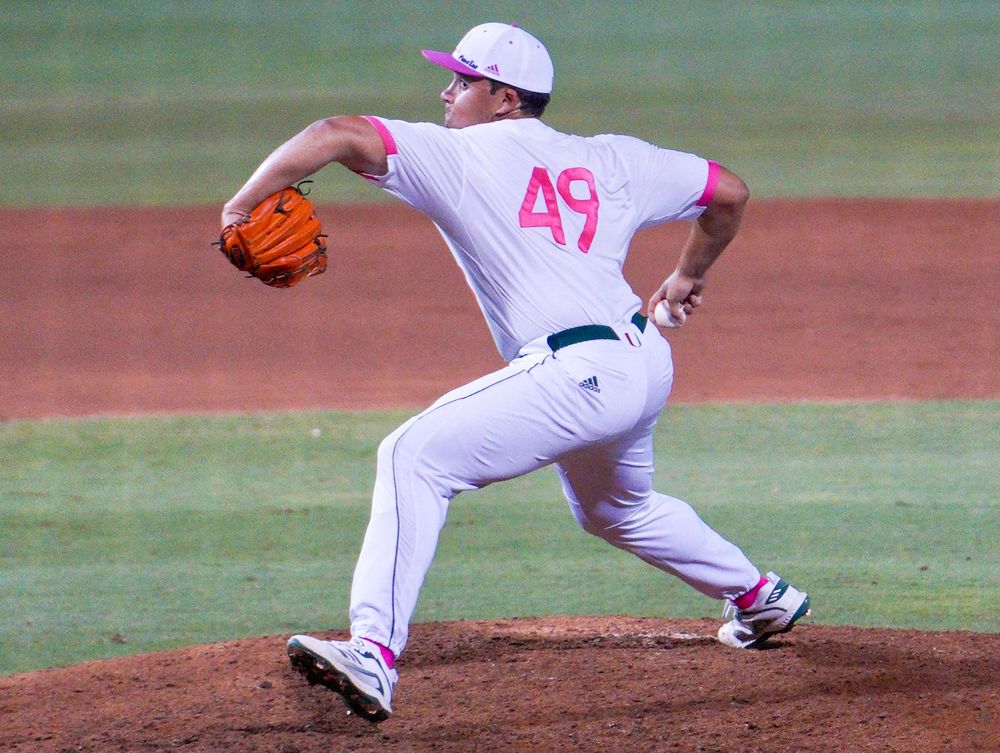 “One of the strengths of our team is the backend of our bullpen,” DiMare said. “They came in and got it done.

North Carolina second baseman Johnny Castagnozzi provided the visitors with an early 2-0 advantage crushing his seventh homer of the season in the first frame.

The Hurricanes immediately responded in the bottom half, sparked by back-to-back run-scoring doubles from Villegas and Morales, leveling the score.

The Hurricanes will look for their first ACC sweep of the season when Miami and North Carolina wrap up the three-game series at 1 p.m. Sunday.

“The boys came together,” Morales said. “We had to battle through and we all did our jobs. We are all fired up for tomorrow.”