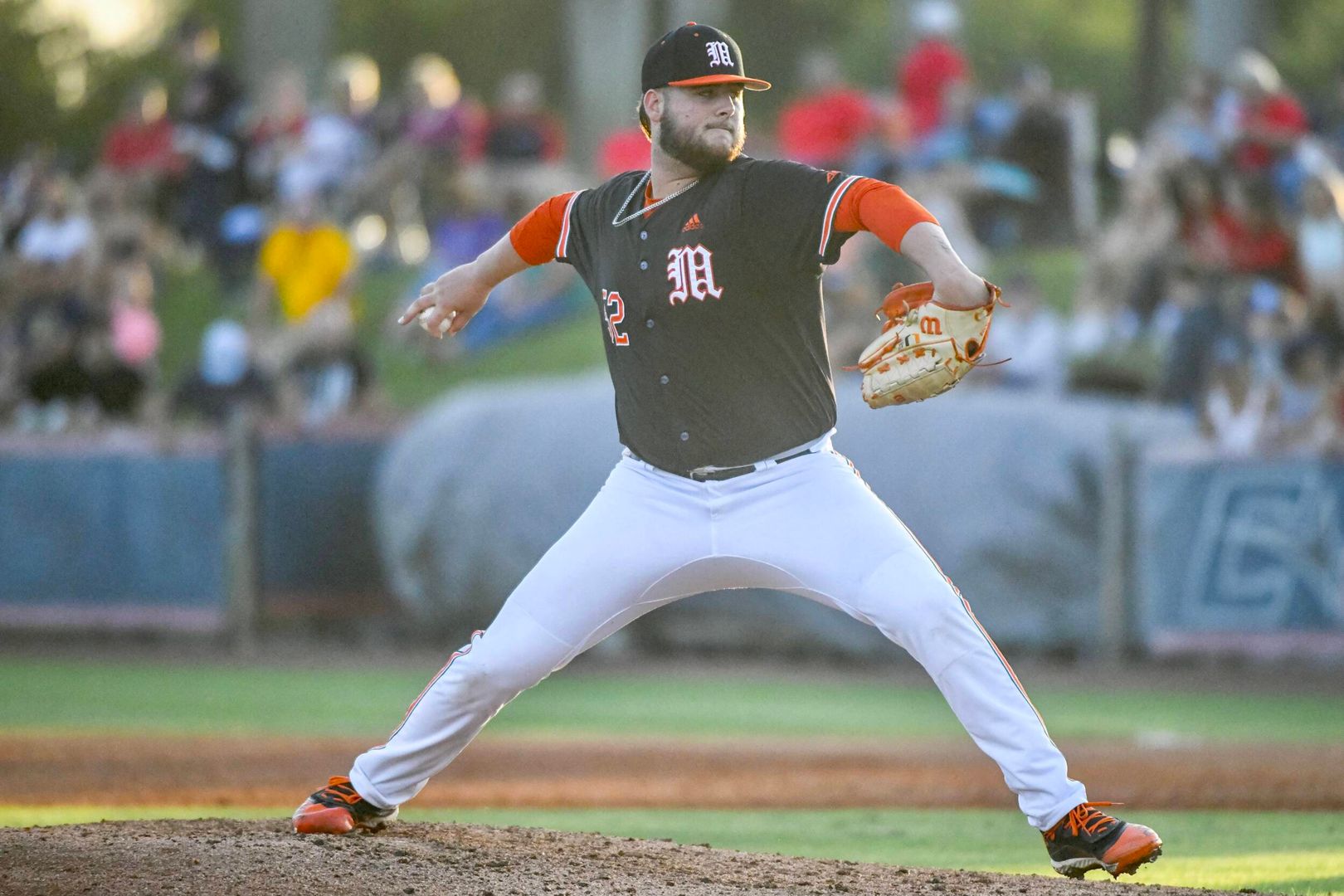 “He pitched to contact, very efficient,” Miami head coach Gino DiMare said of Garland. “He threw 65 pitches in six innings, that’s exactly what a starter should do. It saves your bullpen, you don’t have to go to it until late. He was unbelievable.”

Garland (3-1) retired eight of the first nine hitters he faced, limiting FAU to one run on only three hits. The third-year sophomore generated eight groundouts, reaching the six-inning mark for the third time in his first five outings.

“Every inning, you have to come out with fire and do what you do best,” Garland said. “I let them make outs. I have so much trust in my defense. It was great to see them work behind me.”

With Garland keeping the Owls in check, the Hurricanes broke the 1-1 stalemate in the seventh.

Romero Jr. plated Kayfus with a sacrifice fly, pushing the Hurricanes in front, 2-1.

Then, Jacob Burke cleared the bases.

“It took a while, but we got the big hit from Burke,” DiMare said. “He’s probably been our most clutch hitter.” 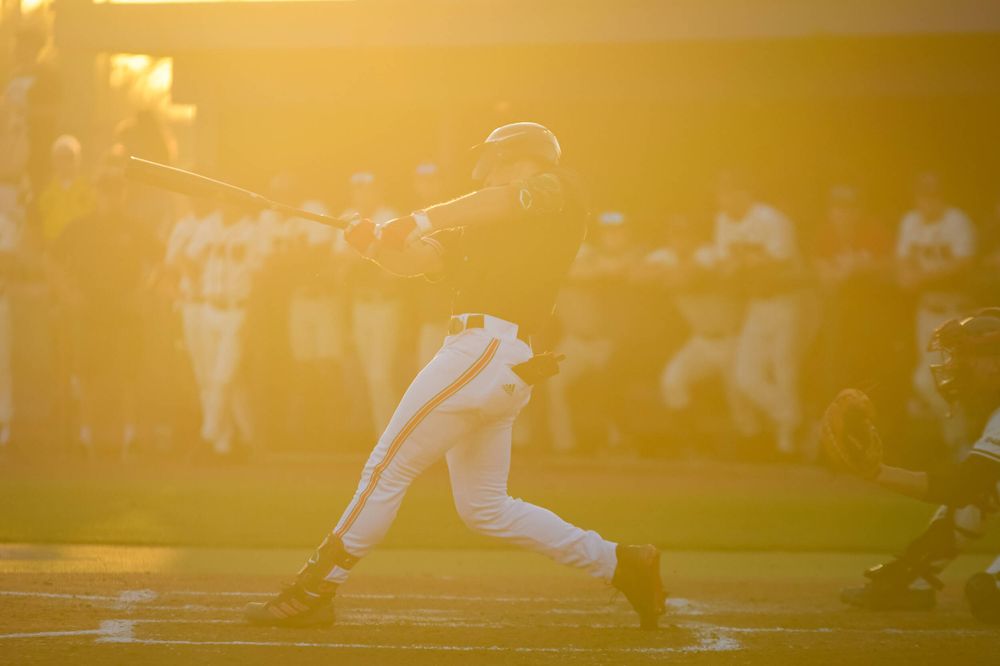 One inning later, Villegas singled up the middle to drive in designated hitter Zach Levenson.

With the Hurricanes ahead, 5-1, FAU put pressure on freshman right-handed reliever Gage Ziehl.

Ziehl retired the side in order in the seventh, striking out a pair of Owls, but FAU loaded the bases in the eighth.

DiMare turned to closer Andrew Walters with the tying tally at the plate.

After a 12-pitch battle, Walters got FAU right fielder Gabriel Rincones Jr. to fly out to left before promptly punching out Nolan Schanuel on three pitches to get out of the jam.

The Hurricanes put on the finishing touches in the ninth with Romero Jr. blasting a two-run homer in the top half before Walters locked down his fifth save, recording the final five outs.

“That opened it up,” DiMare said of Romero’s third blast of the season. With a four-run lead, one swing of the bat can still tie the game. That two-run homer put it away.”

“I don’t want to downplay it but I don’t know what to say,” DiMare said. “It’s nice to have people congratulating me but it doesn’t really mean a whole lot. At the end of the day, we’re just trying to win games. All I’m worried about is North Carolina now.”

Up next, the Hurricanes host No. 13 North Carolina for a three-game set at Alex Rodriguez Park at Mark Light Field. The series begins at 7 p.m. Friday. 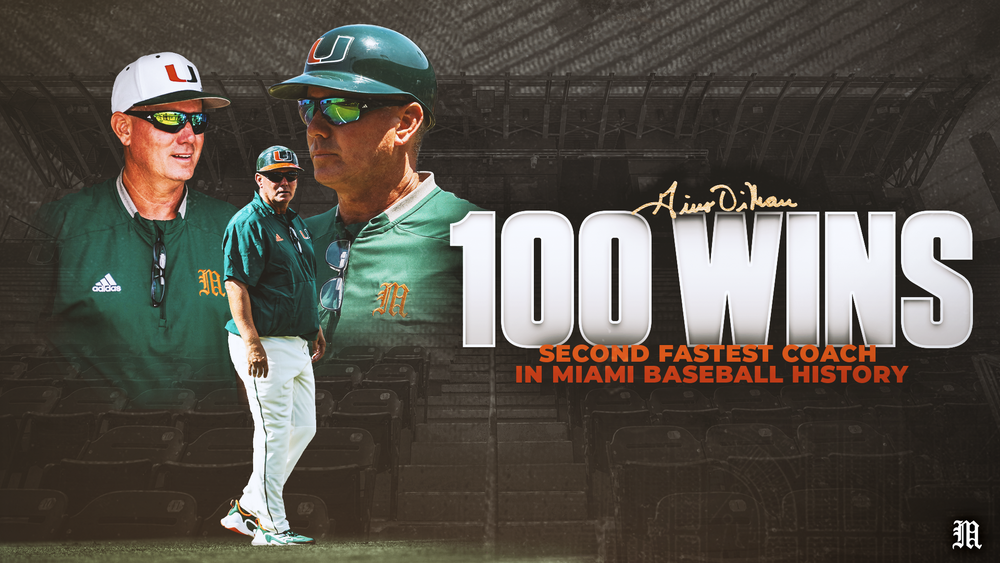