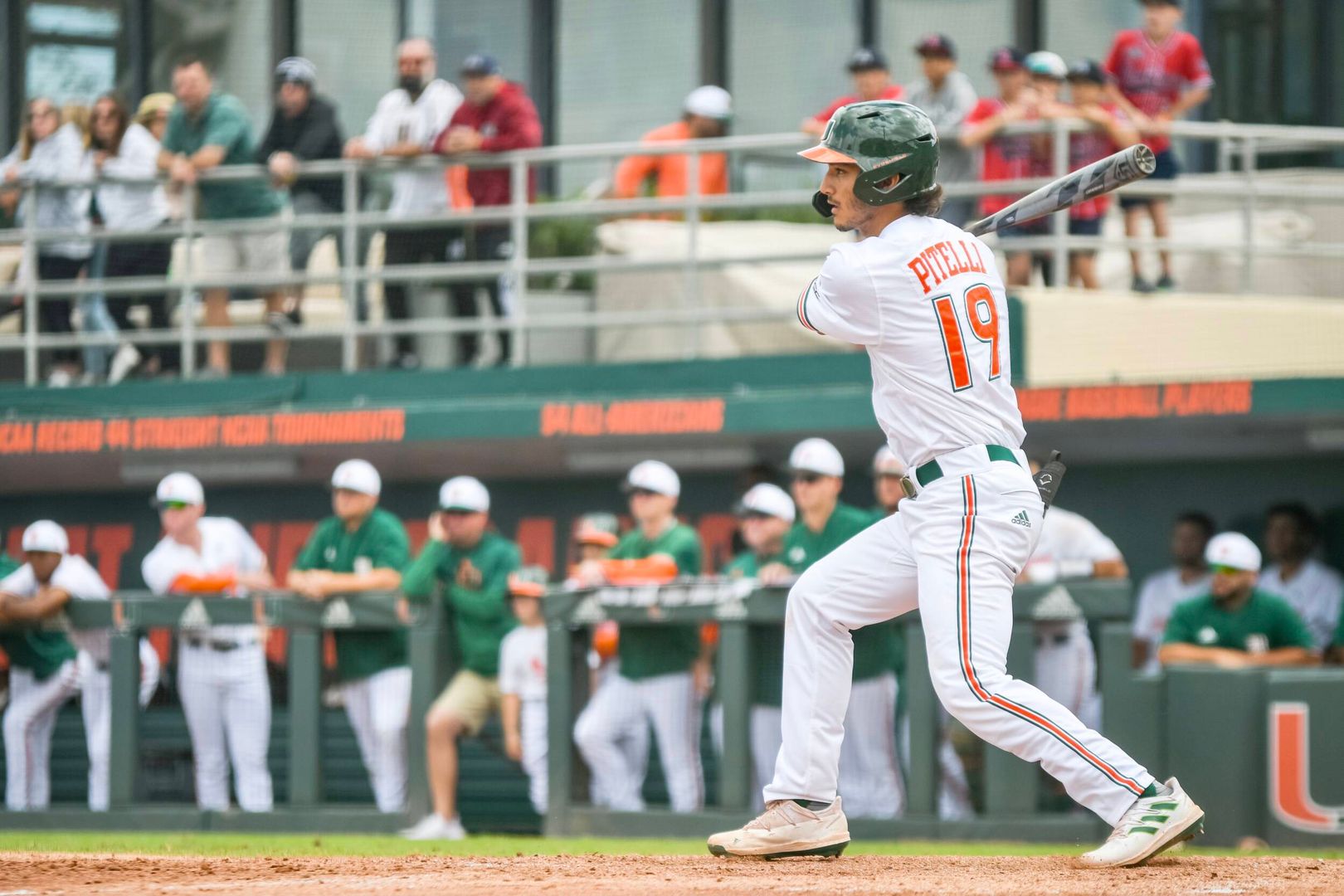 “Happy to see our guys come back from a tough one there on Friday,” Miami head coach Gino DiMare said. “That last inning against BC on Friday set the tone for the rest of the weekend. Not sure how much value you put on it, but I do know this, we played really well after we had that fight coming back late in the game. It carried over to Game Two and carried over to today.”

The Hurricanes scored three runs in the fourth, four times in both the sixth and seventh before tacking on an insurance tally in the eighth.

Pitelli finished the weekend 5-for-11, including a 2-for-3 performance Sunday, notching two homers and eight RBI. Villegas also registered five hits in the three-game set and recorded seven RBI, while Kayfus drove in six runs of his own.

“To me, Dom Pitelli was our player of the weekend,” DiMare said. “He seems to be coming up in a lot of crucial situations and he’s doing a heck of a job.” 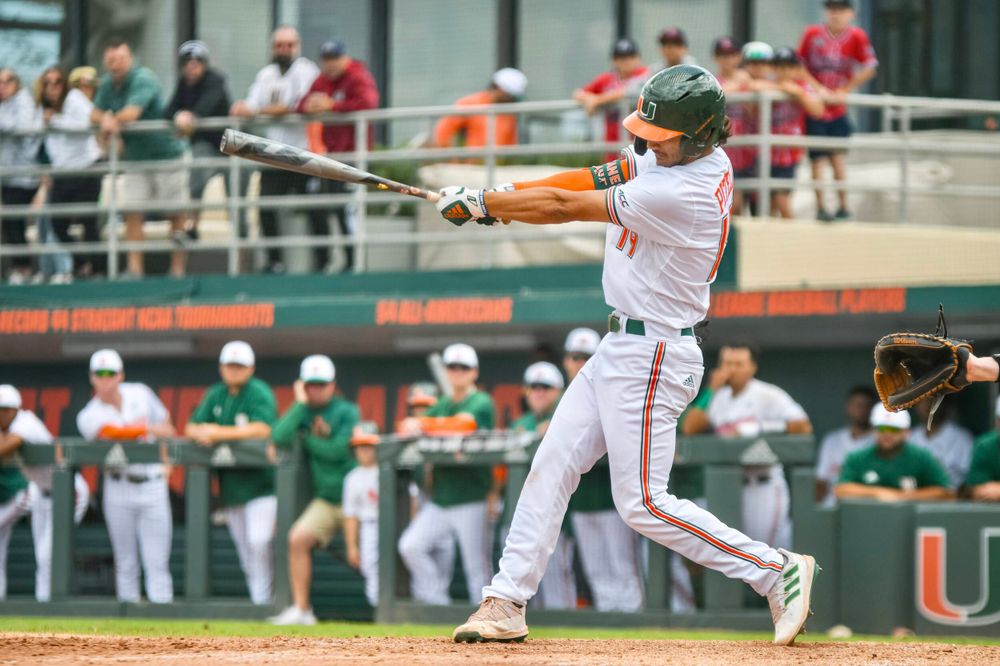 With Miami trailing, 1-0, in the fourth, Pitelli ripped a two-run double to left center, putting the hometown Hurricanes in front.

Three pitches later, Kayfus plated a run with an RBI ground out to extend Miami’s advantage.

Miami put up another four-spot one inning later, highlighted by Kayfus and Villegas. Kayfus chased in Jacoby Long with a base hit while Villegas drove in Pitelli with a sacrifice fly.

“It’s a great win,” Pitelli said. “Boston College is a very good team. They had us Friday, but then I felt like we carried that last inning stretch into Saturday’s game and into Sunday’s game. I just thought that we played very well the past few days. We put everything together.” 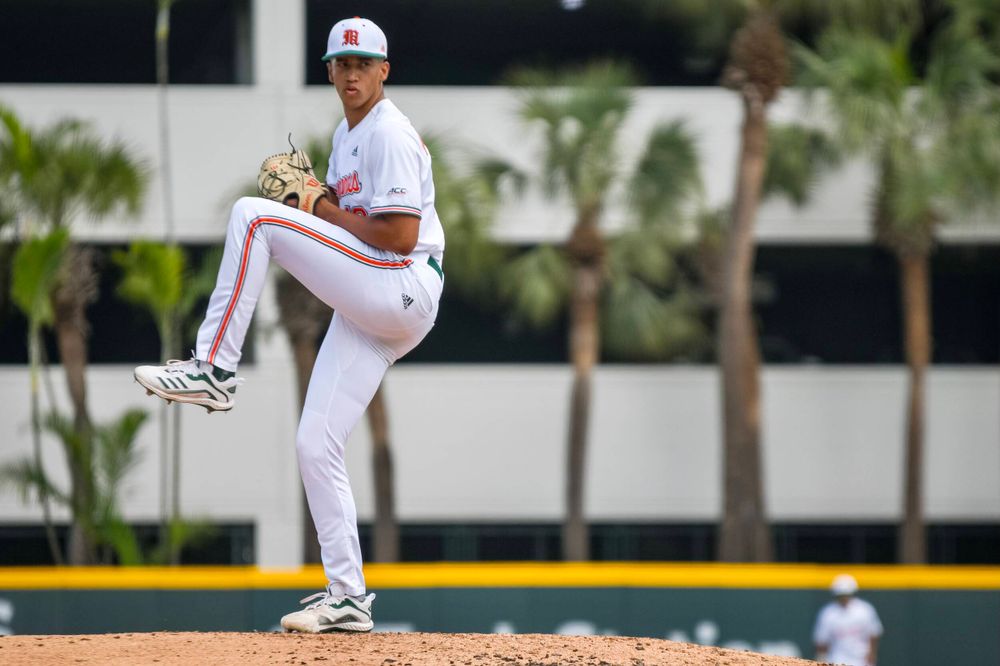 “Alex set the tone today,” DiMare said. “He got 10 of the first 12 hitters out. It gave our offense a chance to respond.”

Hard-throwing right-handers Gage Ziehl and Andrew Walters teamed up for three hitless frames out of the bullpen before lefty JP Gates secured the series victory with a scoreless ninth.

After playing 14 of its first 15 contests at home, Miami hits the road for a four-game trip, beginning with a midweek matchup Wednesday at UCF. First pitch is scheduled for 6 p.m. at John Euliano Park.

“We are very good offensively and our pitching is very strong,” Villegas said. “We have great talent on this team and we can beat everybody that comes against us.” 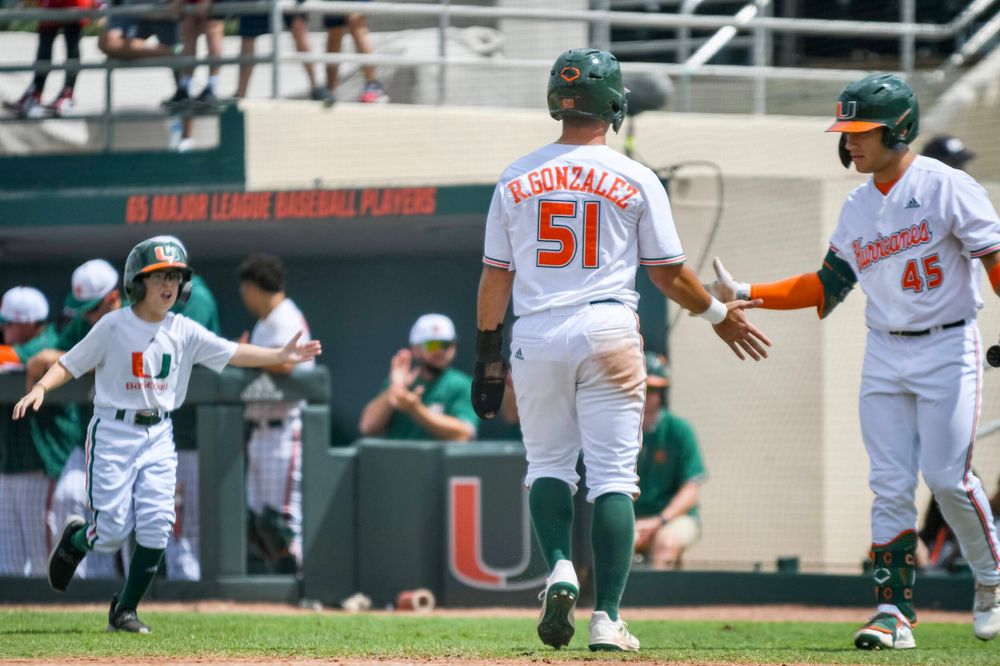