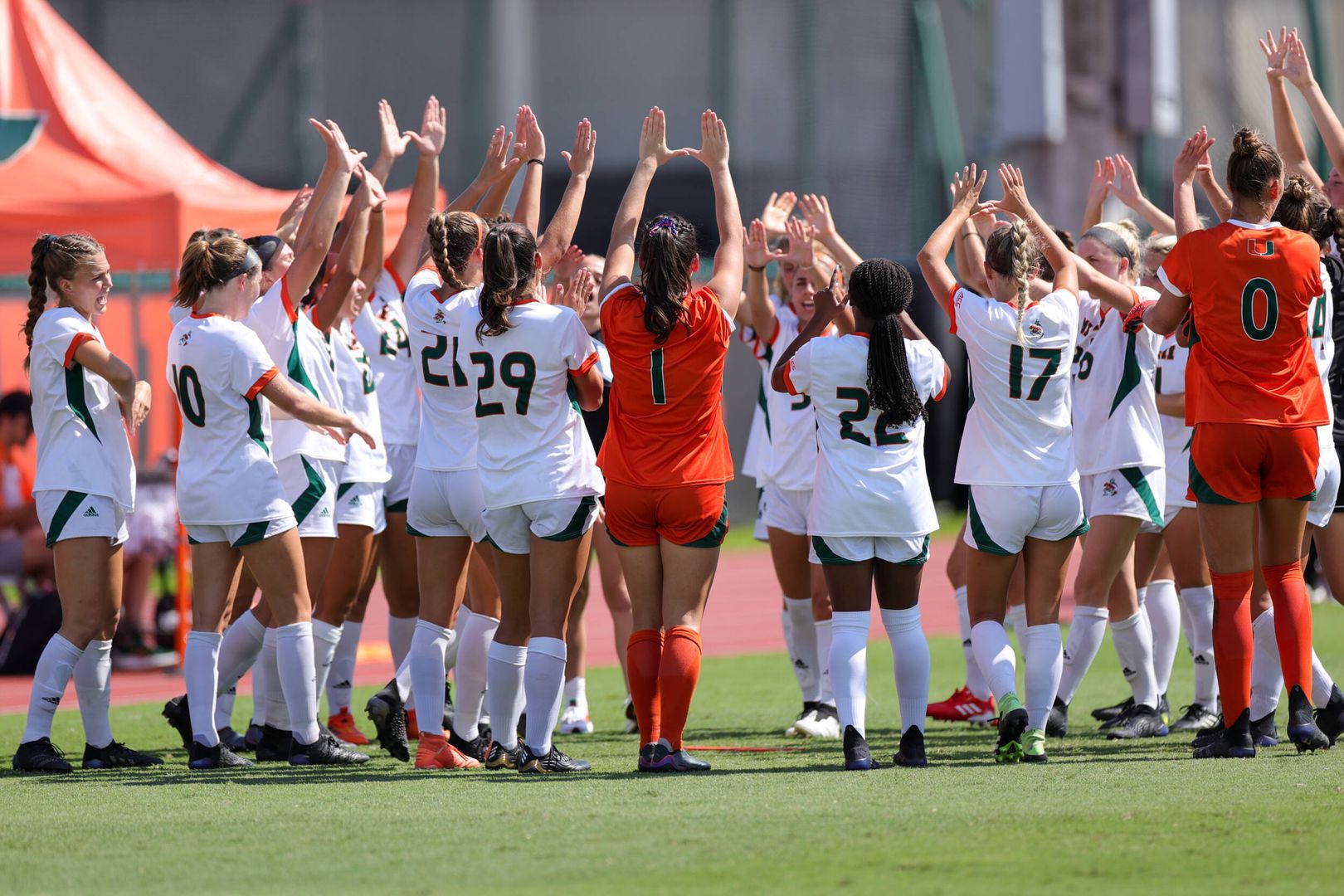 Canes Come Up Short Against Pitt

CORAL GABLES, Fla. — The University of Miami soccer team pressed the Pittsburgh Panthers until the final horn, but the Hurricanes couldn’t overcome a pair of second-half goals, falling, 2-0, Sunday afternoon at Cobb Stadium.

“Obviously, we’re disappointed in the result, but I thought the team competed hard,” Miami head coach Sarah Barnes said. “I thought we created good chances. The difference was they finished their chances and we didn’t. We will continue to focus on execution. There are a lot of positives to take away from the game. For us, it’s about staying process-oriented and continuing to move forward.”

The Hurricanes (3-6, 0-3 ACC) recorded 11 shots, including six on target, but were unable to find the back of the net.

In the 36th minute, María Jakobsdóttir nearly broke the ice.

Pitt (8-3, 1-2 ACC) attempted to clear Miami’s corner kick but Jakobsdóttir corralled the ball and drove into the box. The midfielder/forward curled a shot towards the crossbar but Panthers’ goalie Katherine Robinson made a leaping save to keep the match scoreless.

Six minutes later, Jackie Koerwitz tried her luck, ripping a rocket from the left side of the box but Robinson turned her away with a diving stop.

After a stalemate through the first 50 minutes, the Panthers capitalized on their first prime opportunity.

Freshman midfielder Ellie Coffield split a through ball to Amanda West, Pitt’s all-time leading goal scorer, who buried it into the bottom right corner, putting the Panthers up, 1-0, in the 51st minute.

Later in the half, West applied pressure again, resulting in a Pitt goal.

After scoring her 29th career tally, the Canadian fired a bullet stopped by Miami keeper Melissa Dagenais. Leah Pais pounced on the loose ball and pushed it across the line to provide Pitt with an insurance goal.

In the 83rd minute, the Canes came inches away from cutting the deficit in half, but Gudrun Haralz’s left-footed attempt ricocheted off the post.

After wrapping up a five-match homestand, the Hurricanes hit the road for the first time in conference play, facing Boston College at 7 p.m.  Saturday. The match will be broadcast on ACC Network Extra.