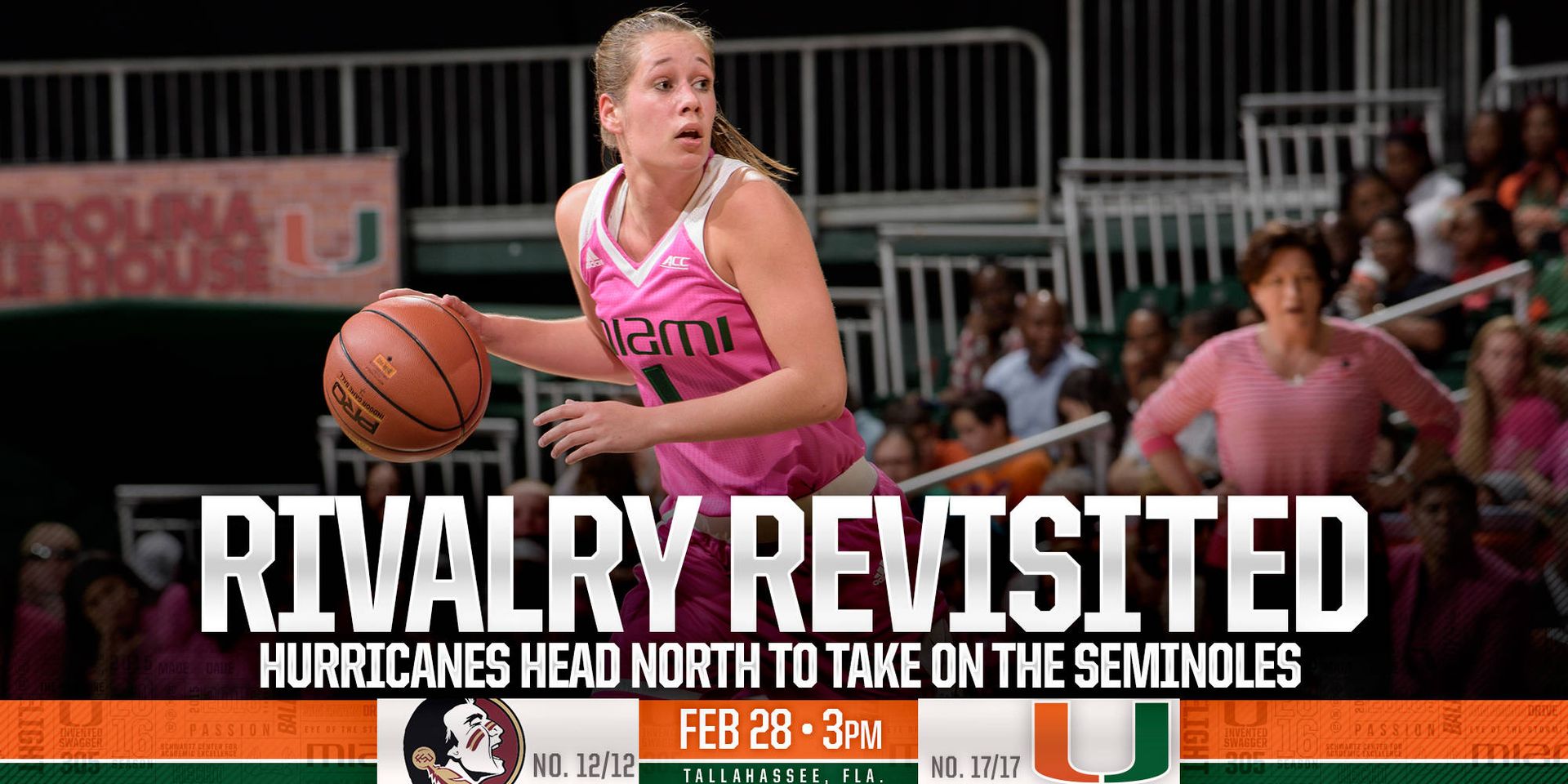 The Game
Miami, ranked No. 17 in both The Associated Press Poll and the USA TODAY Coaches Poll, will conclude regular season play Sunday at No. 12/12 Florida State. The Hurricanes and Seminoles are set to square off at 3 p.m., with the contest televised live on ESPN2 from the Donald L. Tucker Civic Center in Tallahassee, Fla.

The Series
Florida State holds a 38-12 all-time lead in the series against Miami. The teams have split their last four meetings in Tallahassee. In the most recent matchup, which took place earlier this year on Jan. 24 in Coral Gables, Fla., the Seminoles earned a 69-58 victory.

The Opponent
The Seminoles are 22-6 (12-3 ACC) on the season, featuring the same overall record as Miami. Sophomore forward Shakayla Thomas, the ACC’s third-leading scorer, posts a team-high 17.1 points per game for Florida State. Senior center Adut Bulgak averages 13.3 points and a team-high 7.9 rebounds, fourth-most in the ACC, and junior guard Leticia Romero averages 10.6 points an outing. The Seminoles were picked second in the ACC preseason poll after tallying a 32-5 (14-2 ACC) mark in 2014-15 and reaching the Elite Eight of the NCAA Tournament. They will be the fourth seed in next week’s ACC Tournament regardless of Sunday’s outcome.

Last Time Out
Miami fell 79-51 to No. 10/10 Louisville Thursday night at the BankUnited Center in Coral Gables. Myisha Hines-Allen led four Cardinals in double figures, posting a game-high 15 points. Motley paced the Hurricanes with 12 points in the defeat.

Up Next
No matter the result Sunday, the Hurricanes will be the fifth seed in the ACC Tournament and will open play Wednesday, March 3 at 11 a.m. at the Greensboro Coliseum in Greensboro, N.C. Miami will take on the winner of Tuesday’s No. 12 versus No. 13 matchup, which could be North Carolina, Pittsburgh or Virginia Tech.