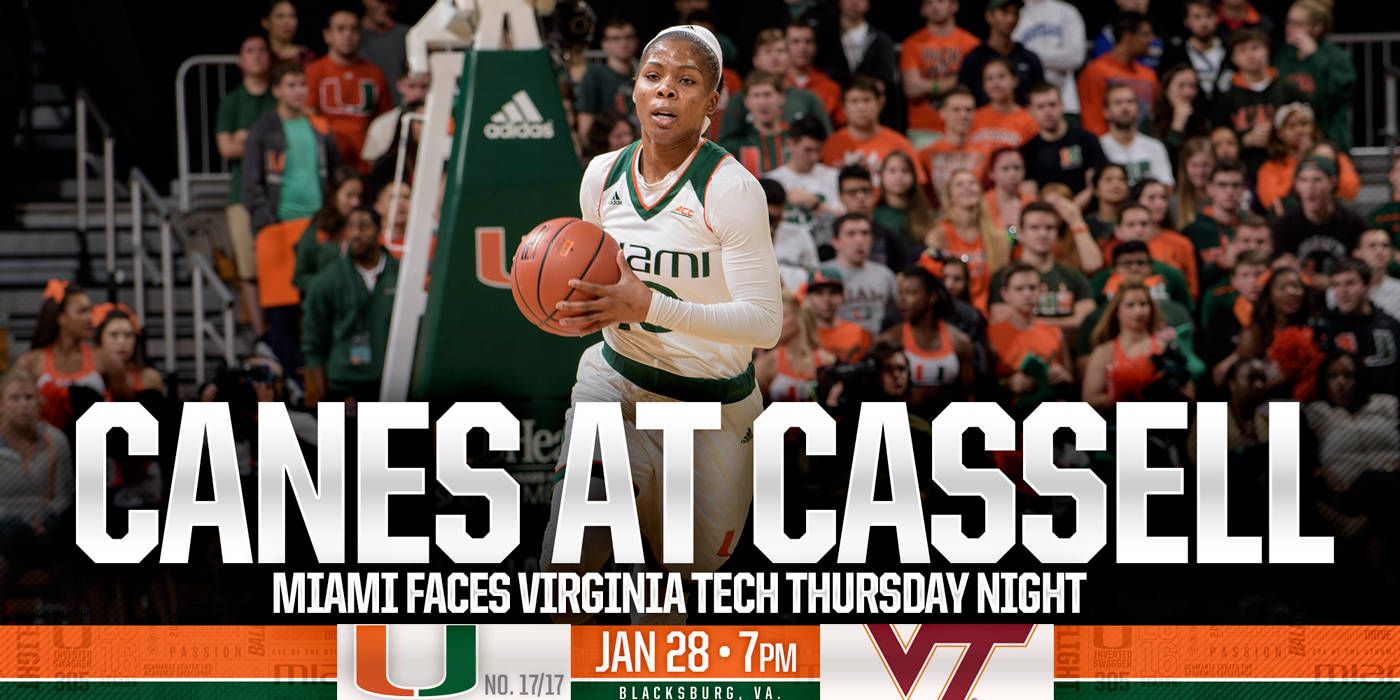 The Game
The Hurricanes, ranked No. 17 in both The Associated Press Poll and the USA TODAY Coaches Poll, face Virginia Tech Thursday night in Blacksburg, Va. The game is scheduled for 7 p.m. at Cassell Coliseum.

The Series
Miami holds a 14-6 lead in the all-time series against the Hokies and has won eight-straight matchups. The Hurricanes’ .700 winning percentage versus Virginia Tech is its second-best against any ACC team.

The Opponent
The Hokies enter the game at 14-5 on the season with a 2-4 mark in ACC play. Earlier this season, on Dec. 7, 2015, Virginia Tech won 57-43 at eighth-ranked Tennessee. The team features five players averaging between eight and 11 points per game, with junior guard Vanessa Panousis leading the way at 10.6 points per outing. Senior forward Hannah Young ranks second at 10.3 points per game.

Last Time Out
Miami fell 69-58 to No. 14/13 Florida State Sunday at the BankUnited Center in Coral Gables, Fla. The game was tied at halftime, but the Seminoles used a strong second half to earn the victory. Motley led all scorers with 20 points and Hayes added 18 to go along with a team-high seven rebounds and a career-high-tying three steals.

Up Next
The Hurricanes return home to face Syracuse Feb. 1 in their lone Monday game in ACC play. The game is set for 7 p.m. at the BankUnited Center.