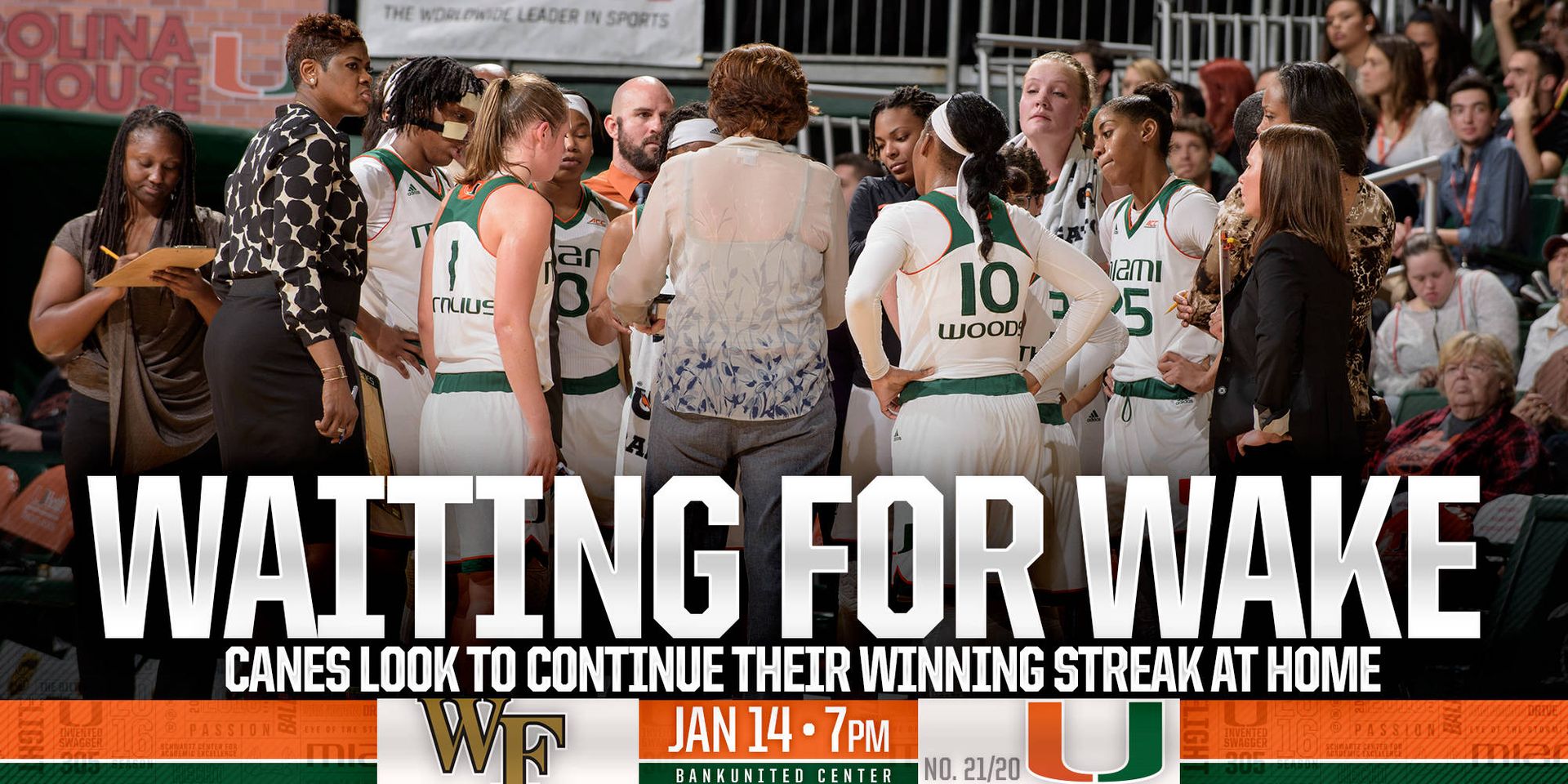 The Game
Miami, ranked No. 21 in The Associated Press Poll and No. 20 in the USA TODAY Coaches Poll, is set to face Wake Forest Thursday at 7 p.m. at the BankUnited Center. Tickets are $5, with youth 12-and-under admitted free of charge.

The Series
The all-time series between the Hurricanes and Demon Deacons is even at 8-8 and Miami has won five of the last seven meetings. In the most recent matchup, Wake Forest picked up a 60-59 home victory on Feb. 26, 2015.

The Opponent
The Demon Deacons are 9-7 (0-3 ACC) on the season and have dropped four of their past five contests. Five Wake Forest players are averaging at least nine points per game, with sophomore guard Amber Campbell leading the way at 13.3 an outing. Freshman guard Ariel Stephenson is second at 11.7 points and junior forward Milan Quinn is third with 9.6 points to go along with her 8.8 rebounds per game, which ranks second in the ACC. The Demon Deacons were tabbed No. 14 in the ACC preseason polls after recording a 13-20 (2-14 ACC) mark in 2014-15.

Last Time Out
The Hurricanes jumped out to a 26-2 lead at Clemson Sunday en route to a dominant 83-49 victory at Jervey Gym. Motley posted 18 points to lead all scorers, while Cornelius added 17, the second-best mark of her career. The duo combined to shoot 9-of-14 (64.3 percent) from 3-point range and Miami went 12-of-23 (52.2 percent) beyond the arc overall. Thomas recorded 13 points and a career-high-tying seven assists and Davenport matched her season best with 12 points. Miami forced 26 turnovers and committed just 12 while posting 34 points off turnovers and conceding only seven.

Up Next
Miami heads to Chapel Hill, N.C., to take on North Carolina Sunday at 12:30 p.m. at Carmichael Arena.

There will be a chalk talk in the Hurricane 100 Room at 5:45 p.m. All season ticket holders are invited to attend the event, for which doors open at 5:30 p.m. Additionally, SalsaCraze will perform at halftime of the game.