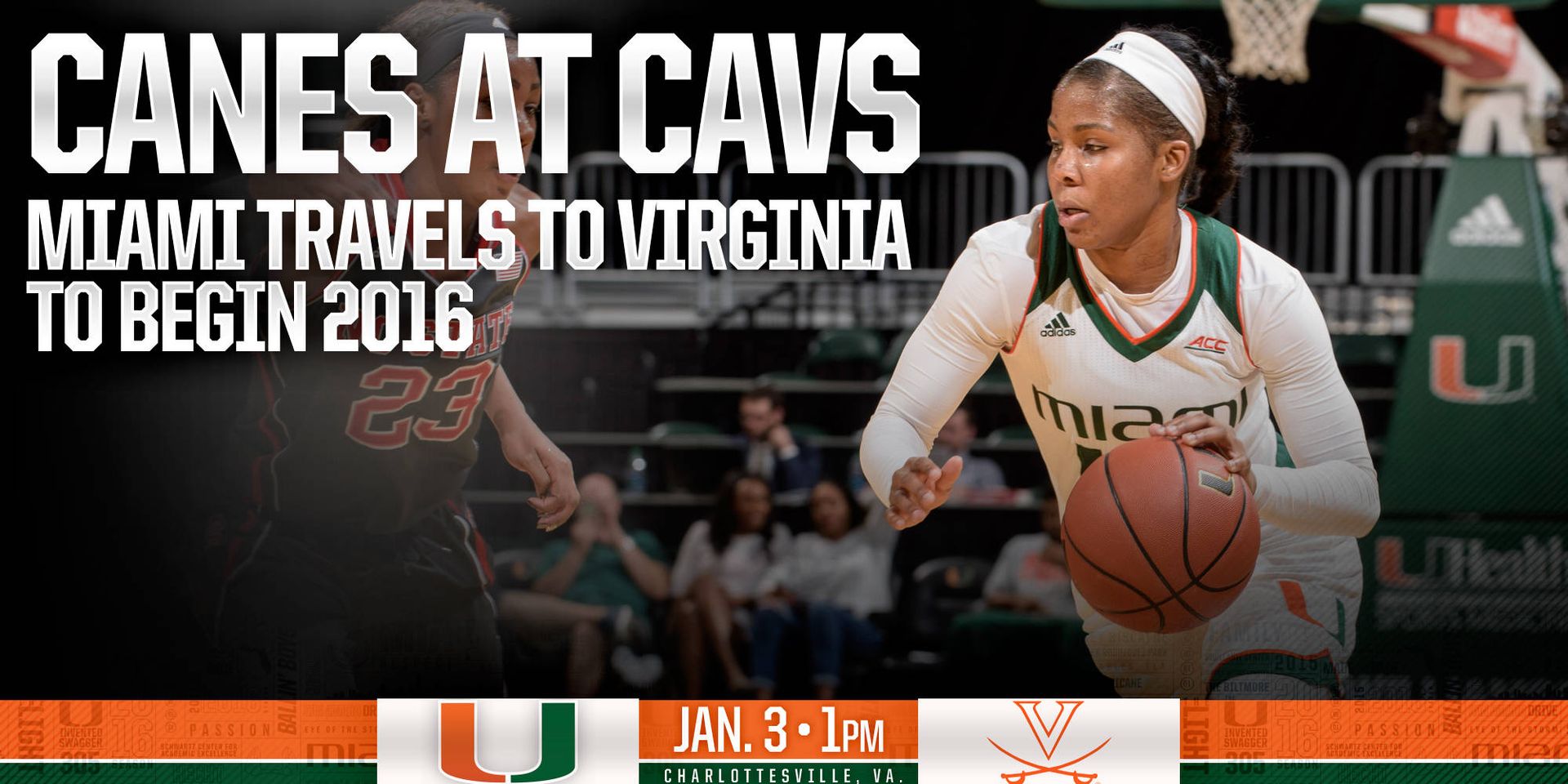 The Game
The Hurricanes, ranked No. 22 in the AP Poll and No. 20 in the USA TODAY Coaches Poll, open their ACC road slate Sunday afternoon at Virginia. The Hurricanes and Cavaliers will square off at 1 p.m. at John Paul Jones Arena in Charlottesville, Va.

The Series
Miami is behind 8-7 in the all-time series against the Cavaliers, but has won six of the last seven matchups, including each of the past three. The Hurricanes topped Virginia twice last season, most recently earning a 62-52 win on March 5, 2015 in the second round of the ACC Tournament in Greensboro, N.C.

Meier has guided Miami to 54 victories in ACC play over the past five seasons, the second-most of any team in the conference. The 2010-11 AP National Coach of the Year  is in her 15th season as a head coach, spending the first four at Charlotte, and owns a career record of 272-180, including 196-135 at Miami.

The Opponent
Virginia enters the game at 10-4 on the season and Sunday’s contest will be its ACC opener. Four Cavaliers are averaging double-digit points per game, with sophomore guard Mikalya Venson leading the way at 15.1 points an outing. Senior guard Faith Randolph, a Preseason All-ACC selection, is second on Virginia in scoring, posting 13.8 points per game to go along with a team-high 3.0 assists. The Cavaliers were tabbed eighth in the ACC preseason poll after going 17-14 (7-9) ACC during the 2014-15 campaign.

Last Time Out
Miami rolled to its largest ACC win in nearly two full years with a 73-44 victory over NC State Wednesday at the BankUnited Center to win its ACC opener for the fourth season in a row. Cornelius scored a game- and career-high 20 points in just 24 minutes of action, as she knocked down all six of her 3-point attempts. Thomas posted 14 points, five rebounds and a co-game-high four assists, while Woods added 11 points in the win. Miami had a 27-13 lead in bench scoring and a 26-10 edge in points in the paint.

Up Next
The Hurricanes return home to Coral Gables, Fla., and face Pittsburgh at the BUC on Thursday, Jan. 7 at 7 p.m.