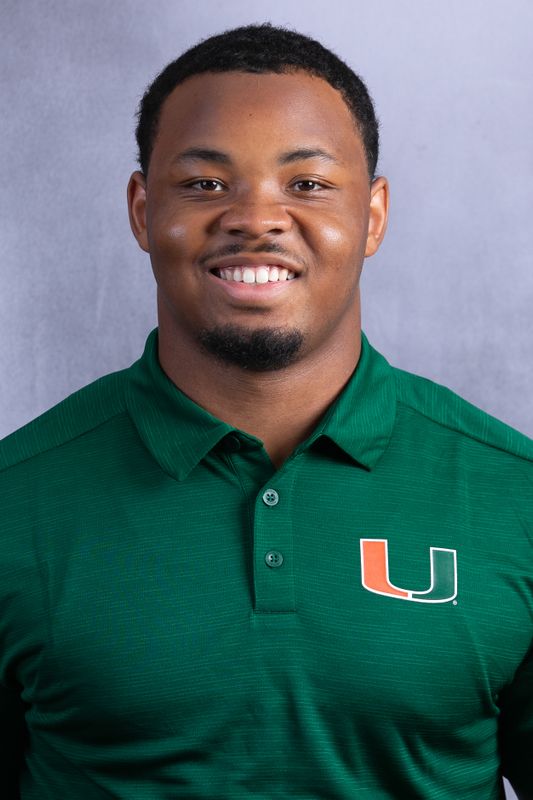 2020 (True Freshman): Saw action in eight games in first season…Finished with 15 total tackles…Made career debut in season opener against UAB (Sept. 10)…Had first tackle of career in romp of rival Florida State (Sept. 19)…Finished with one tackle at top-ranked Clemson (Oct. 10)…Posted two tackles in win over Pittsburgh (Oct. 17)…Had one tackle in road win at Virginia Tech (Nov. 14)…Had one of best performances of career in win at Duke (Dec. 5), finishing with five total tackles (one solo) and first fumble recovery of career…Saw action in regular season finale against North Carolina (Dec. 12)…Tied career high with five tackles in 2020 Cheez-It Bowl against Oklahoma State (Dec. 29).

High School: A consensus three-star prospect by 247Sports, ESPN and Rivals…Ranked the No. 25 inside linebacker and No. 72 player in Texas by Rivals…Rated the No. 38 player at his position by 247 Composite…Listed as the No. 47 player at his position and No. 88 player in Texas by ESPN…Helped lead North Shore to the Texas Conference 6A D1 state championship and was named Defensive MVP of the state championship game…Chose Miami over offers from Boston College, Houston, Kansas State, Memphis, Oklahoma State, Purdue, SMU, Virginia Tech, Tulane and Texas Tech, among others.