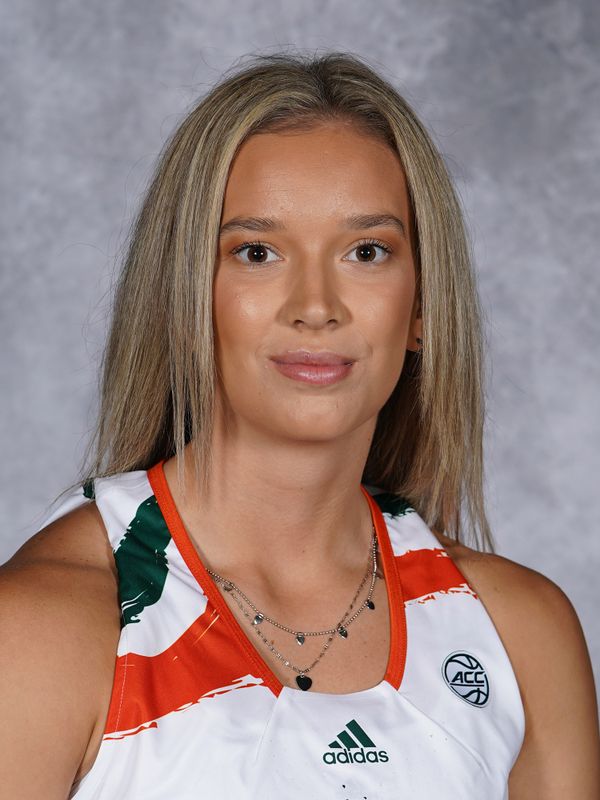 As a Senior (2021-22): Started all 34 games for the Hurricanes in 2021-22…Averaged 6.8 points and 2.7 rebounds…Paced the team in total assists (94) and assists per game (2.8)…Totaled 10 double-digit outings…Recorded a season-best 15 points against Florida State (2/13)…Set a new career high in blocks with two against Duke (3/3)…Knocked down multiple 3-pointers in a game on 12 occasions…Led the Hurricanes in 3-point shooting with a .359 clip…Tallied five-plus assists in seven games.