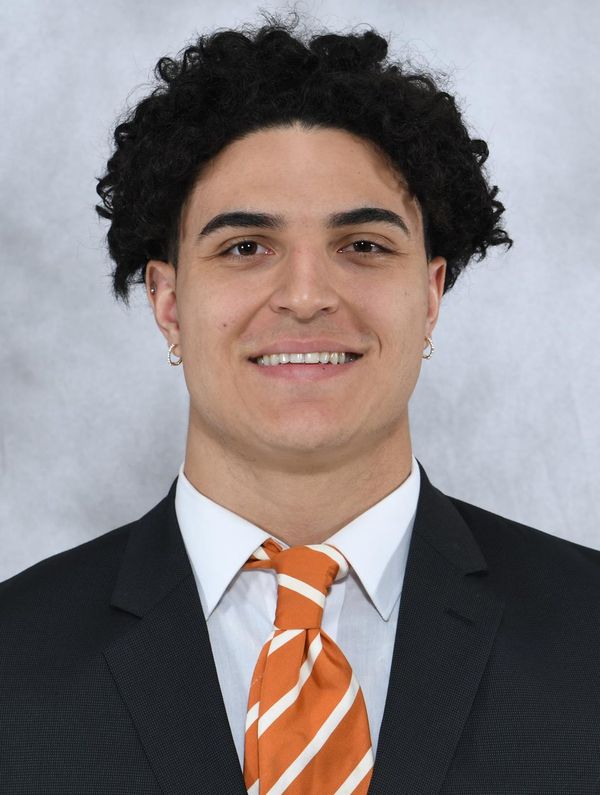 2020 (Redshirt Junior): Jaelan Phillips delivered a dominant lone season with Hurricanes, ranking among team leaders in nearly every defensive category…Selected to All-America First Team by AFCA and Walter Camp and All-America Second Team by FWAA and Associated Press…Started all 10 games of regular season and finished with 45 total tackles (21 solo)…Led Miami with 15.5 tackles for loss and eight sacks…Ranked among ACC and FBS leaders in TFLs…Bednarik Award semifinalist as nation’s top defensive player…Credited with five quarterback hurries…Had one interception and three PBUs….Started season opener against UAB (Sept. 10) and finished with two tackles and half-tackle for loss…Posted three tackles (two solo), including one tackle for loss, in road start at top-20 Louisville (Sept. 19)…Started in romp of rival Florida State (Sept. 26) and finished with three total tackles (two solo) and one tackle for loss…Wore Turnover Chain for first time with first-half interception against Seminoles…Lone tackle in start at top-ranked Clemson (Oct. 10) was first solo sack of Miami career (3 yards)…Started in win over Pittsburgh (Oct. 17), finishing with three tackles, including one tackle for loss and half sack…Led Hurricanes with seven tackles (three solo) and credited with one quarterback hurry in start versus Virginia (Oct. 24)…Earned first ACC Defensive Lineman of the Week honor with dominant start in come-from-behind win at NC State (Nov. 6)…Had career-high 10 total tackles, 1.5 TFLs, one solo sack and one PBU in victory over Wolfpack…Won second straight ACC Defensive Lineman of the Week honor after another stout start at Virginia Tech (Nov. 14)…Finished with eight total tackles (four solo) including 4.5 tackles for loss and 2.5 sacks in impressive outing versus Hokies…Posted 2.5 sacks for second straight week in road win at Duke (Dec. 5), finishing with four total tackles and 3.5 tackles for loss…Named Bednarik Award semifinalist in early December…Selected in first round of 2021 NFL Draft by Miami Dolphins (No. 18 overall).

2019 (Redshirt Sophomore): Did not see any game action after transferring to Miami from UCLA…Sat out season due to NCAA transfer rules.

Before Miami: Spent first two seasons of career at UCLA…Totaled 41 tackles, 8.0 tackles for loss and 4.5 sacks in two season with Bruins.

High School: Listed as a five-star recruit by ESPN and the No. 3 national recruit on the ESPN 300 List … Five-star prospect according to Scout.com and the No. 5 overall recruit in the country … First-team Scout.com 2017 Class All-American … Scout’s top-rated DE prospect in the nation … No. 3 on the Scout.com West 150 List … No. 2 on the Scout.com California 100 List … Rivals.com five-star recruit and No. 6 on the Rivals 100 List … No. 2 on the Rivals California 100 List … No. 2-rated weak-side DE in the country … No. 5 on the si.com National List … PrepStar Dream Team selection and No. 13 national recruit … CalHiSports.com first-team All-State selection … Invited to the U.S. Army All-America Bowl Game … As a senior, he was credited with 142 tackles and 21 sacks … Named All-CIF Div. II Co-Defensive Player of the Year … Totaled 76 tackles, 10.5 sacks and two interceptions as a junior.