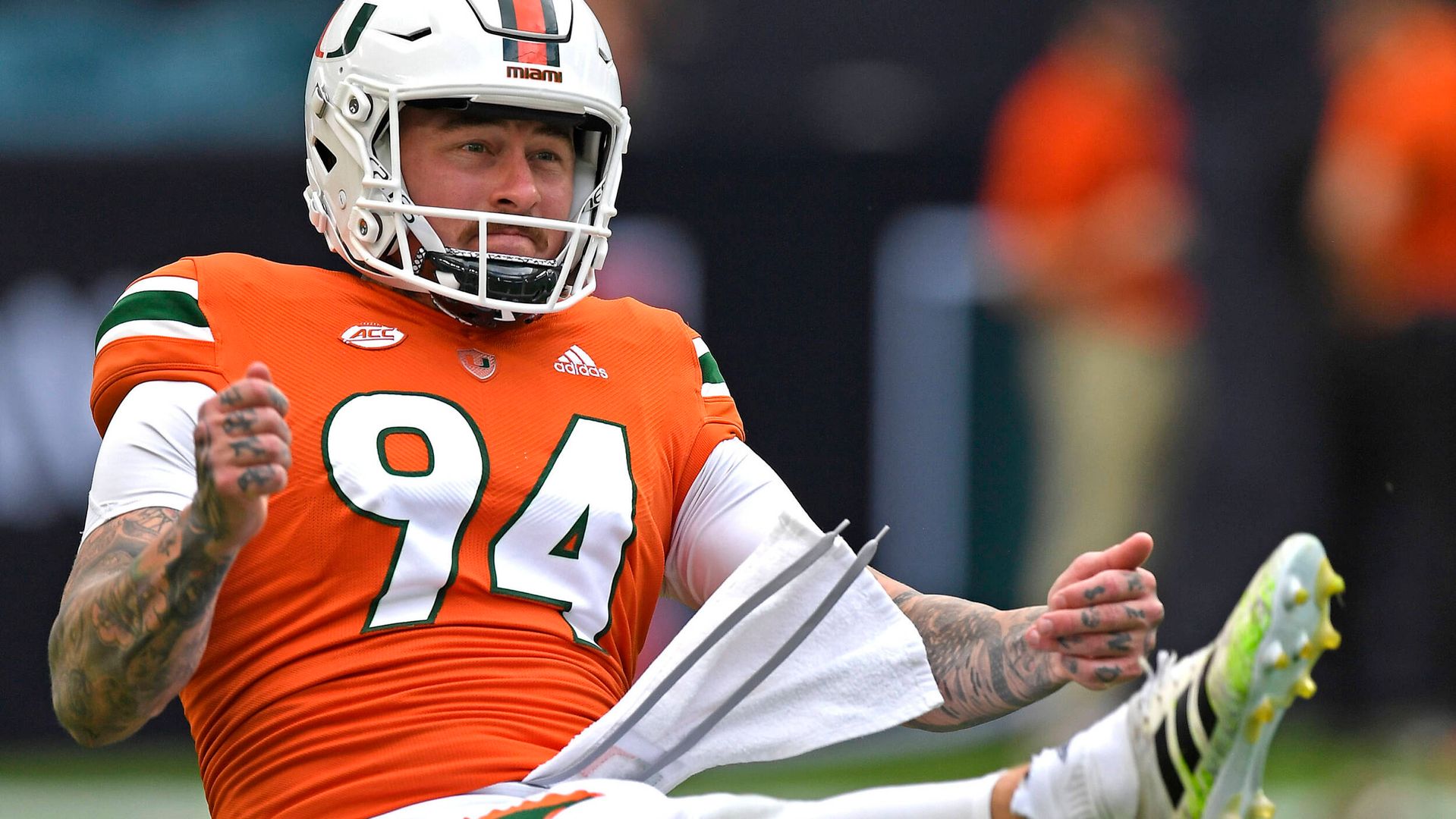 CORAL GABLES, Fla. – Lou Hedley and Akheem Mesidor of the University of Miami football team both received ACC Player of the Week distinction, as announced Monday afternoon by the conference office.

Hedley picked up ACC Specialist of the Week honors, while Mesidor garnered ACC Defensive Lineman of the Week status.

A sixth-year redshirt senior, Hedley punted seven times in Miami’s 20-14 road win Saturday at Virginia Tech, averaging 44.8 yards per boot. He logged a long of 58 yards and had just one touchback on the day.

Four of Hedley’s seven punts pinned the Hokies inside their own 10-yard-line. He put them at the 8-yard-line once and at the 2-yard-line on another deep boot.

Through six games, Hedley has Miami top-five in the nation in net punting at 43.94 yards per attempt. The 6-foot-4, 220-pounder is averaging 45.2 yards per punt.

Mesidor’s recognition comes one day after Mesidor claimed Walter Camp National Defensive Player of the Week plaudits. He led a strong defensive showing in a 20-14 road win Saturday at Virginia Tech, posting team highs in both tackles and sacks, with eight and 3.5, respectively. 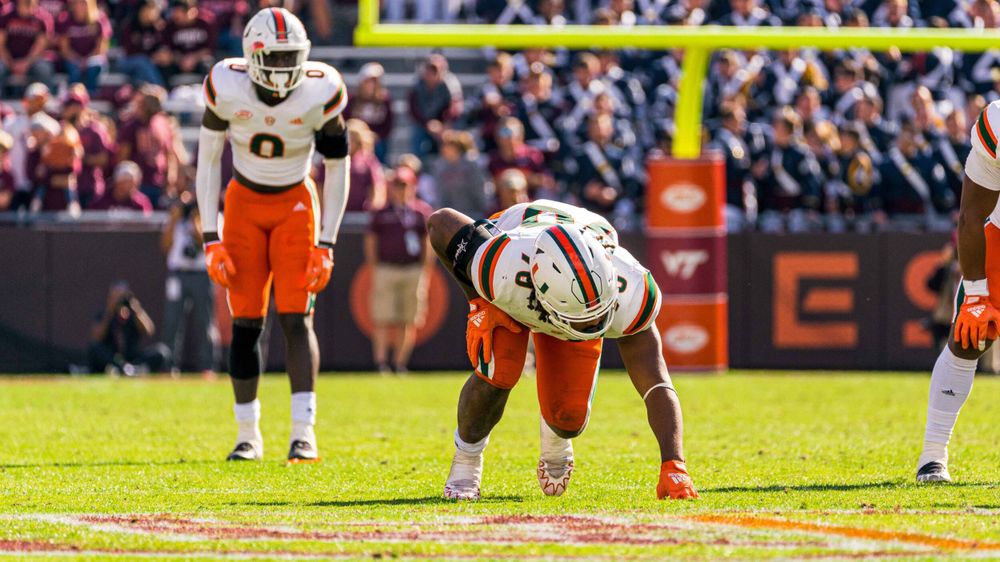 The third-year sophomore from Ottawa, Ontario, is the third ACC player in the last three seasons to post at least 3.5 sacks in a game, including the first since Virginia’s Charles Snowden on Oct. 31, 2020. The last player to do so in a road contest was former Miami’s Gregory Rousseau on Nov. 2, 2019.

Mesidor, a 6-foot-3, 280-pounder, is just the ninth ACC player in the last decade (2013-present) to register at least eight total tackles and 3.5 sacks in a single outing.  Additionally, he is among the five FBS players with at least 3.5 sacks in a game this year and is one of just two to hit that mark against a Power Five opponent. The only other FBS player this season with at least eight tackles and 3.5 sacks in a single contest is Houston’s Derek Parish (Sept. 10, 2022, at Texas Tech).

Hedley and Mesidor are the fourth and fifth Hurricanes to win ACC Player of the Week this season. They follow Tyler Van Dyke (Quarterback) on Oct. 10, Andres Borregales (Specialist) on Sept. 12 and Jalen Rivers (Offensive Lineman) on Sept. 6.