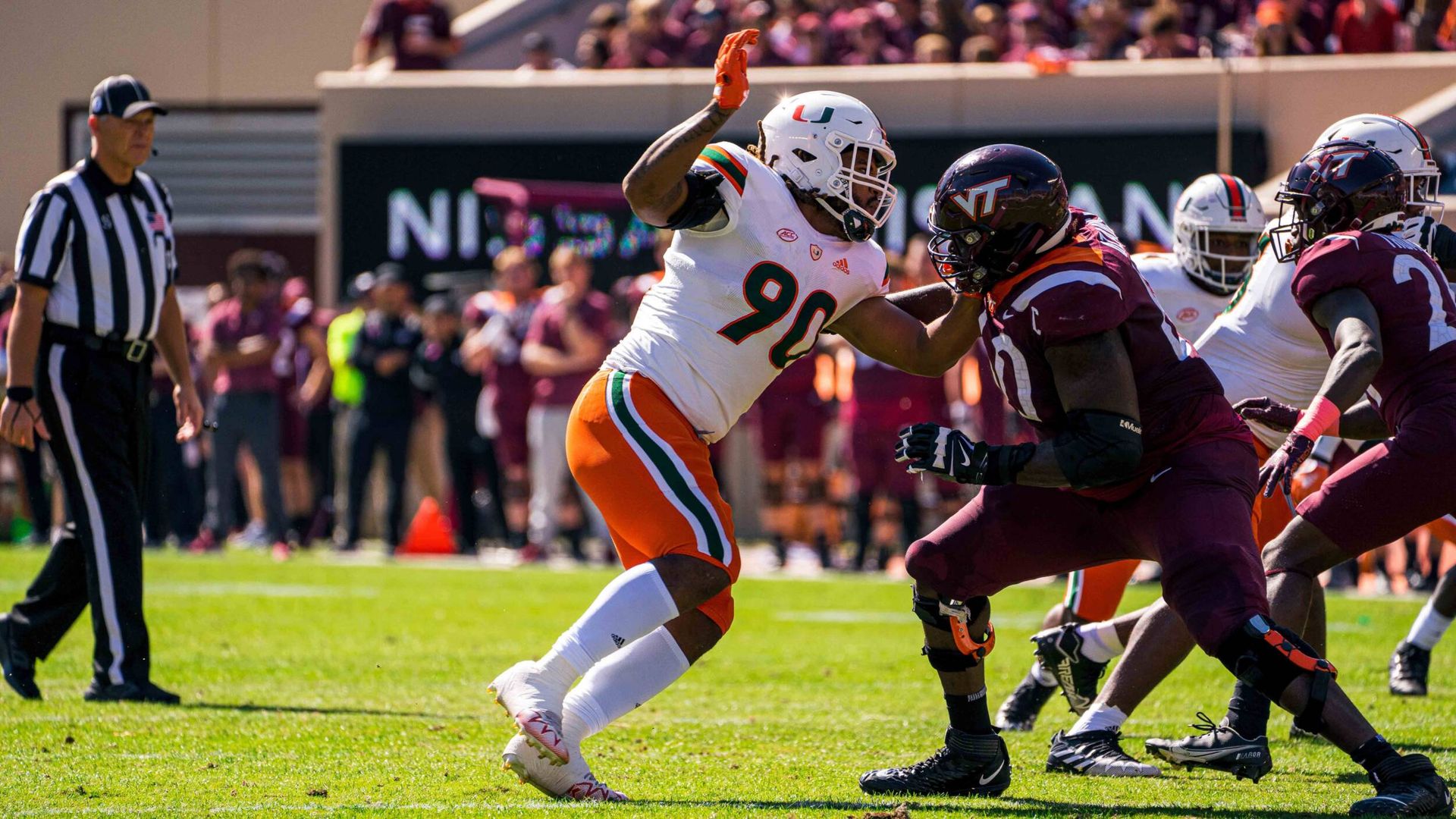 A third-year sophomore defensive lineman, Mesidor turned in a dominant performance in Miami’s 20-14 triumph Saturday at Virginia Tech. He posted a team-best eight tackles, including a staggering 3.5 sacks, on the afternoon.

Mesidor is the third ACC player in the last three seasons to post at least 3.5 sacks in a game, including the first since Virginia’s Charles Snowden on Oct. 31, 2020, against North Carolina. The last player to do so in a road contest was former Miami star Gregory Rousseau on Nov. 2, 2019.

A native of Ottawa, Ontario, Mesidor is just the ninth ACC player in the last decade (2013-present) to tally at least eight total tackles and 3.5 sacks in a single outing.

In addition, the 6-foot-3, 280-pounder is one of just five FBS players with at least 3.5 sacks in a game this year, including one of two to do so against a Power Five opponent. The only other FBS player this season with at least eight tackles and 3.5 sacks in a single contest is Houston’s Derek Parish (Sept. 10, 2022, at Texas Tech).

Tennessee junior wide receiver Jalin Hyatt claimed the honors on the offensive side of the ball. Mesidor, meanwhile, is the sixth Hurricane to win Walter Camp National Player of the Week (since 2004) and the first since quarterback D’Eriq King on Nov. 8, 2020.