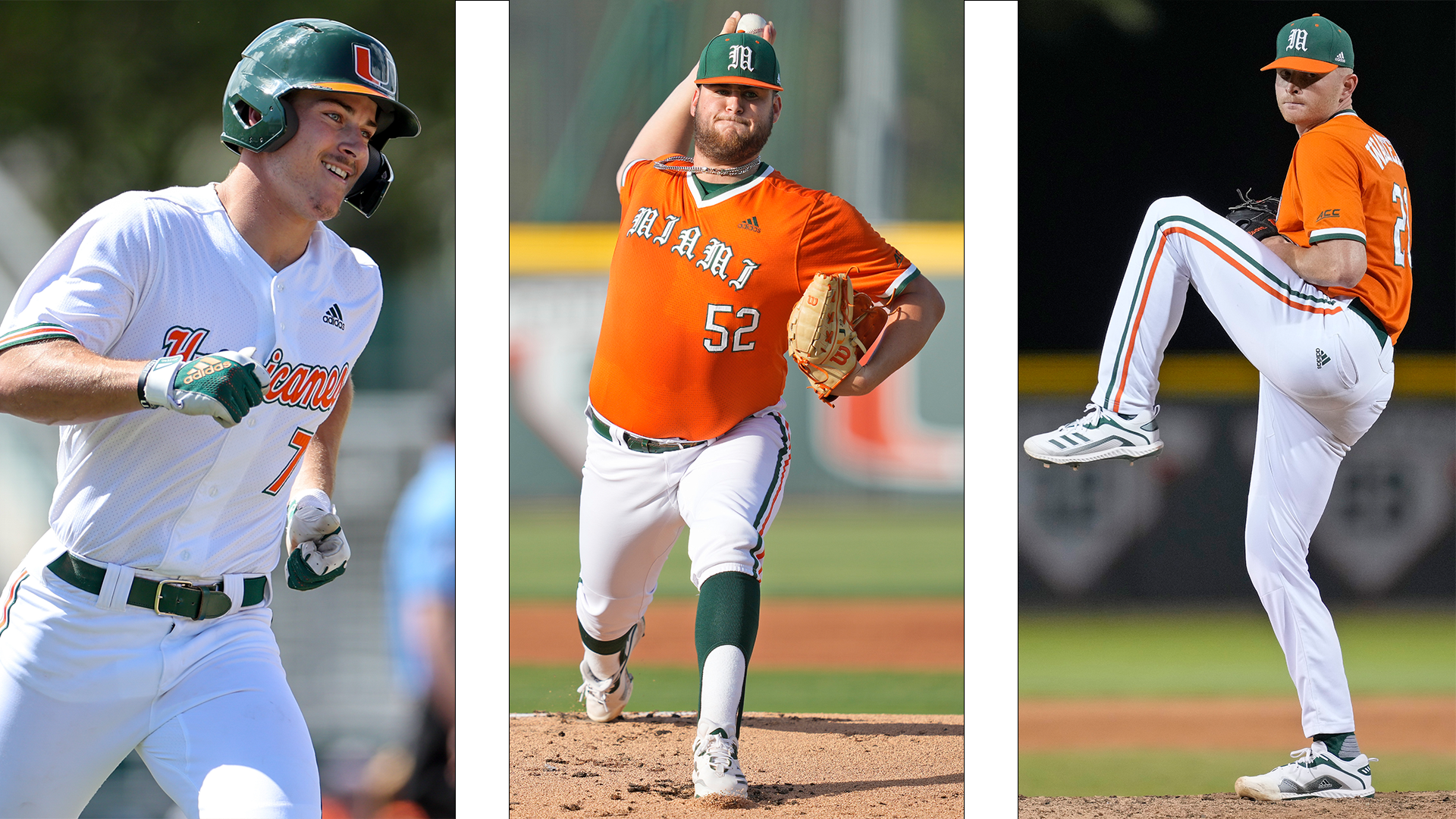 Trio of Hurricanes Picked on Final Day of MLB Draft

The six picks mark the most Hurricanes taken in the first 20 round since 2016, ranking second among ACC schools, only trailing Georgia Tech.

In his first year in the orange and green, Burke turned in one of the best campaigns by a Miami outfielder in recent memory.

The St. Francisville, La., native, who transferred to The U after two seasons at Southeastern Louisiana, finished second among Hurricanes in batting average (.347), home runs (13), RBI (58), on-base percentage (.425), slugging percentage (.599) and stolen bases (10).

The All-ACC Second Team honoree etched himself into the Miami record books, posting eight RBI against North Dakota State on May 6, becoming the first Hurricane since David Thompson in 2015 to plate that many runs in a game.

A team captain, Garland provided Miami with experience and leadership on the hill in his third year in Coral Gables.

A consensus All-American, Walters cemented himself as one of the top closers in the country in 2022.

The 6-foot-4, 220-pound third-year sophomore tallied a 1.65 ERA in 24 appearances. Walters collected an ACC-best 14 saves, which finished tied for fifth nationally and 10th all-time in a single season at Miami.

An NCBWA Stopper of the Year Award finalist, Walters punched out 62 hitters compared to just six free passes over 32 2/3 frames. The Palm Bay, Fla., native, who started the year with 22 2/3 consecutive scoreless innings, limited opponents to a .116 average.

With the draft concluding Tuesday, players have until Aug. 1 to sign a contract or return to school.