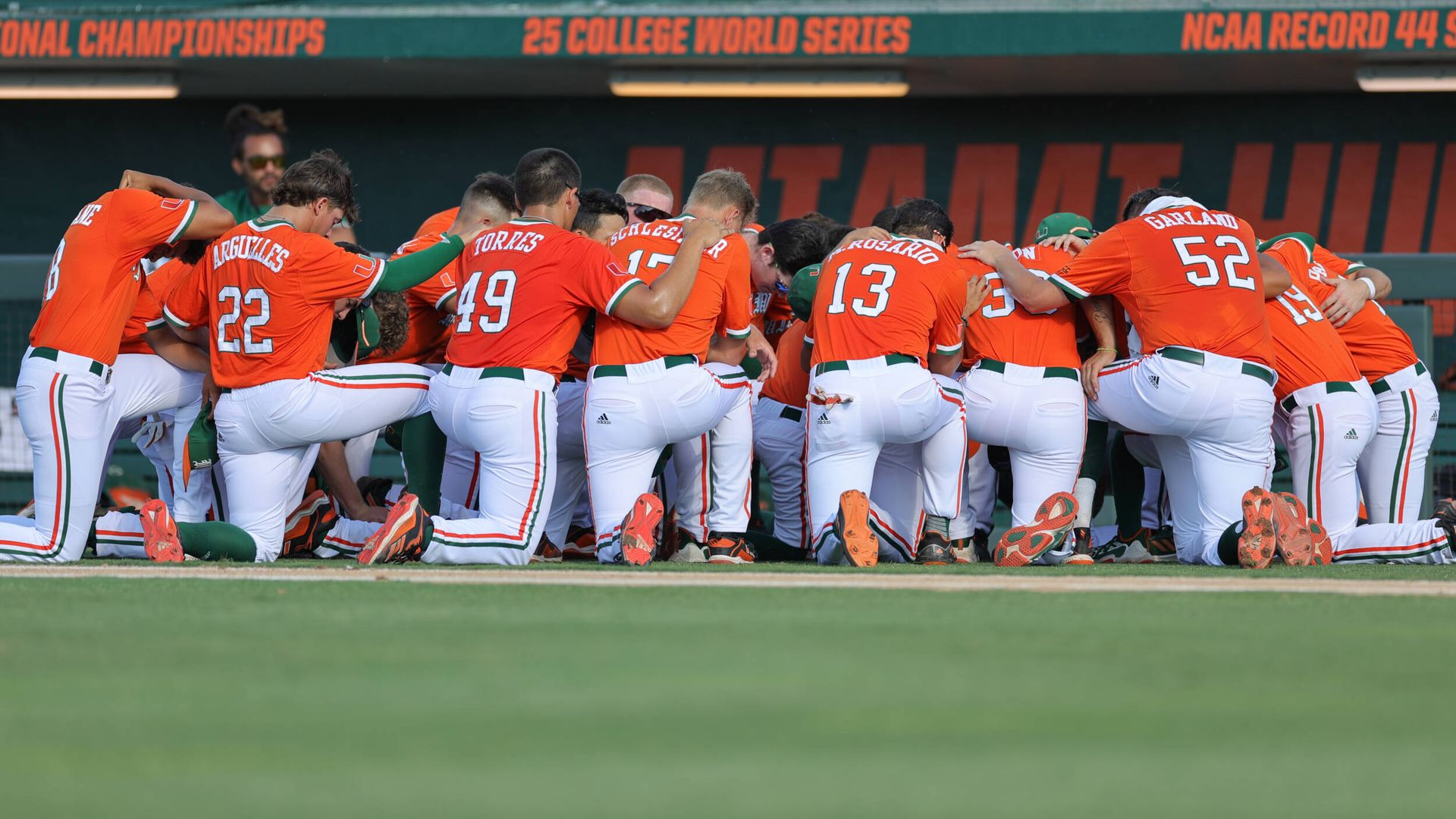 CORAL GABLES, Fla. — Just as they had done all year, the Miami Hurricanes battled until the final out.

And with their season on the line, Miami mounted a late rally.

The Hurricanes put the tying tally 90 feet away and the winning run in scoring position, but Miami saw its season come to a heartbreaking close with a 4-3 loss to Arizona Sunday evening at Mark Light Field.

“It’s always disappointing when your season’s over,” Miami head coach Gino DiMare said. “We couldn’t finish them off. Obviously, here at our ballpark, we played pretty well all year long, but at the end of the day, we didn’t score runs, we didn’t swing the bat…Had the lead late but just couldn’t close them out, and yeah, very, very tough to swallow right now.”

First baseman CJ Kayfus kickstarted the scoring with a leadoff solo shot in the first, backing Miami hurler Alejandro Rosario from the get-go.

Rosario retired six of the first eight hitters he faced and six of the next eight, following a Wildcat home run.

The sophomore right-hander struck out six across 5 1/3 innings, holding Arizona to only one run on 86 pitches.

Miami freshman Gage Ziehl entered in the sixth with two runners on and one out, but the Hurricanes’ set-up man kept the Wildcats off the board.

In the bottom half of the frame, Miami built off of the momentum.

With the Hurricanes and Wildcats tied in the sixth, third baseman Yohandy Morales delivered his fourth round-tripper of the Coral Gables Regional and team-leading 18th of the season.

Morales’ go-ahead two-run blast gave the Hurricanes a 3-1 advantage, but Arizona answered in the eighth with a jack before Tanner O’Tremba’s game-winning two-run double in the ninth.