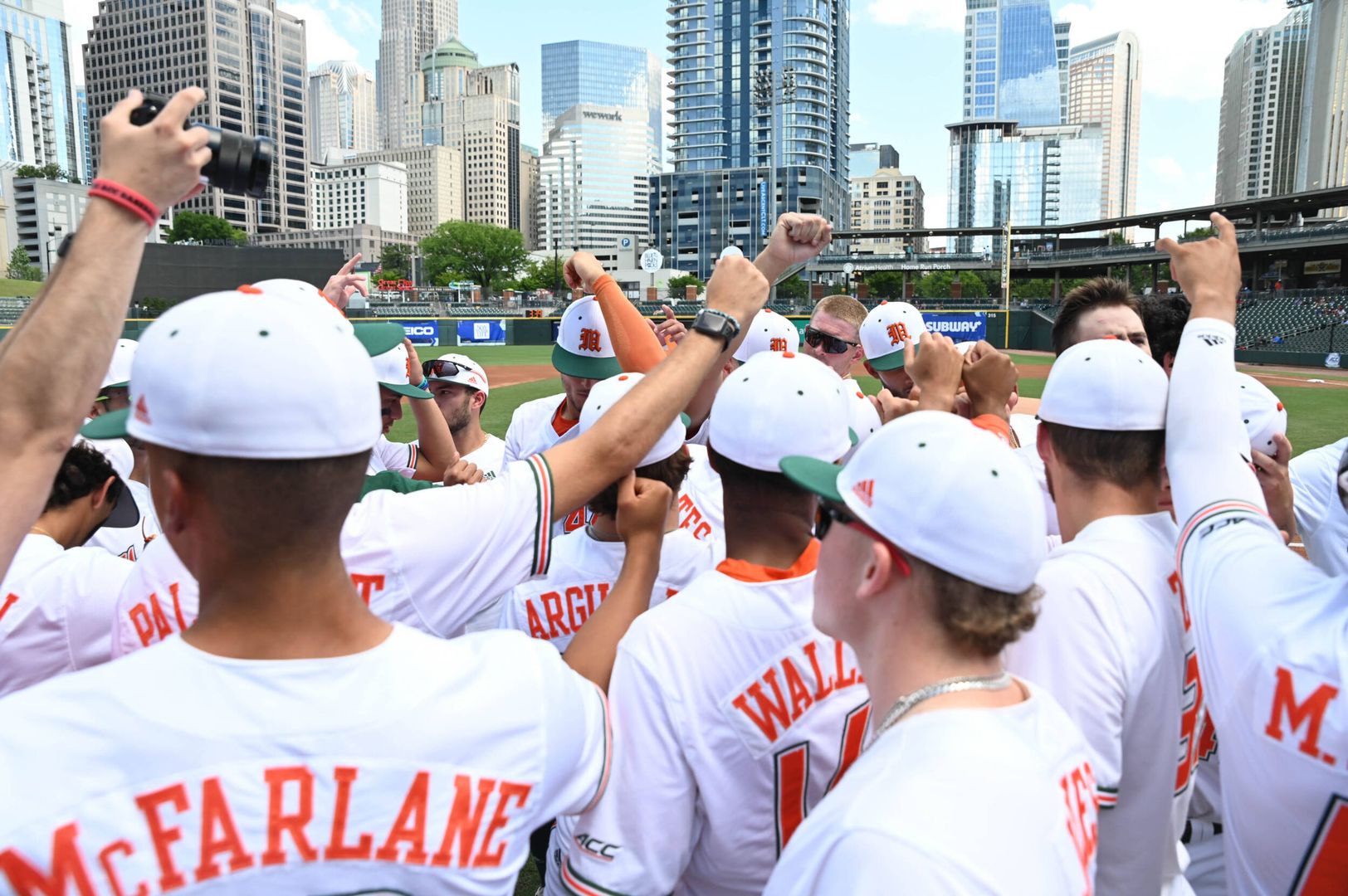 Wake Forest mounted a six-run third, tacked on three more tallies in the fourth, plated four in the sixth and three in the seventh.

“We didn’t pitch down in the zone and inside,” DiMare said. “I didn’t see too many uncomfortable swings and the ballpark is very offensive.”

ACC Pitcher of the Year and Wake Forest ace Rhett Lowder (11-3) picked up the victory, tossing five innings. The right-hander surrendered three runs on four hits and five walks, while striking out four.

“I thought we did a decent job of getting his pitch count up, but we couldn’t get hits with guys on base,” DiMare said. “It’s tough when you fall behind like that.”

Meanwhile, the Hurricanes used seven different pitchers, beginning with starter Karson Ligon (6-6), who was tagged with the loss.

Next, Miami turns its attention to the 2022 college baseball tournament selection show, which is scheduled for 12 p.m. Monday on ESPN2.

“We have an unbelievable opportunity,” DiMare said. “Everybody is 0-0 starting on Friday. We should be hosting a regional and we play well in our ballpark. The biggest coaching move that I have to make right now is making sure our team is in a good place mentally moving forward.”