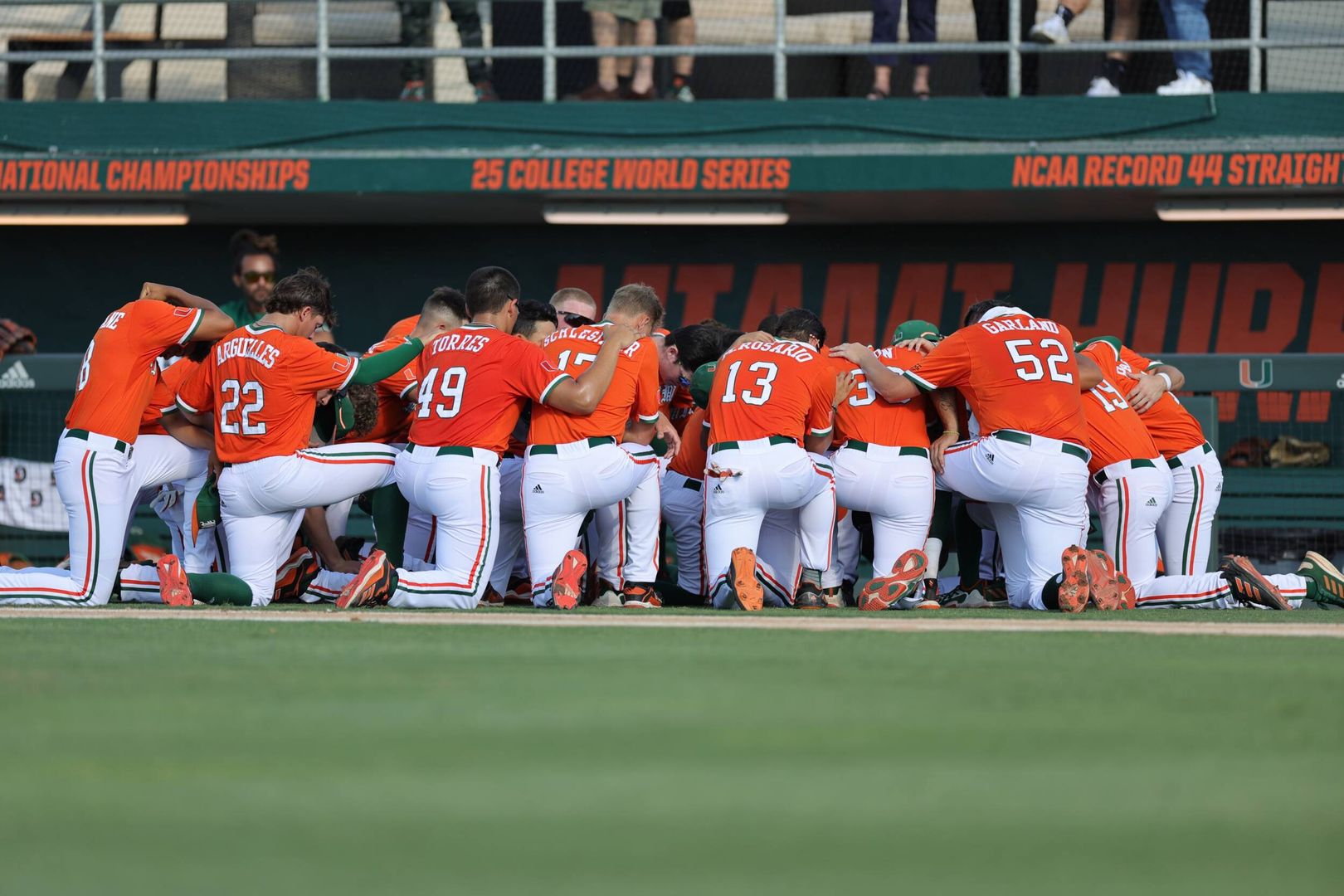 No. 9 Miami Falls in Midweek Finale

“We just didn’t play well,” Miami head coach Gino DiMare said. “I thought the guys were in a good state of mind going into the game. I felt like everybody had good body language and was positive, moving forward from the weekend series. I told them the game of baseball is about as close to life as it can throw at you. There’s so much adversity that you have to deal with. We didn’t do anything to help us win in any phase. Overall, just a disappointing game.”

The Eagles tacked on two more tallies in the inning, capitalizing on a balk and a sacrifice fly.

FGCU punctuated its late offensive outburst in the ninth behind a Joe Kinker solo blast.

“We got to be able to handle it,” DiMare said. “We can’t feel sorry for ourselves. We have a big, big opportunity this weekend to put ourselves back on track to what we want to be doing.”

Miami had its chances early in the contest, but the Eagles kept the Hurricanes in check.

The Canes loaded the bases with no outs in the opening inning, but only mounted one run.

Then, with two down in the fourth, Miami put three runners on, but couldn’t cash in.

“We didn’t take advantage of them,” DiMare said. “We have to make sure we don’t try and do too much and give good at-bats. You can look at many things in this game and we just didn’t execute in all phases.”

Freshman reliever Gage Ziehl (1-2) was tagged with the loss, while FGCU right-hander Tyler Tipton (4-3) picked up the win, following 5 1/3 innings of one-run baseball out of the bullpen.

With the loss, the Hurricanes finished the year 9-3 in midweek games.

Miami wraps up its regular season slate with a three-game set against No. 14 Notre Dame. The series opener is scheduled for 7 p.m. Thursday at Mark Light Field.