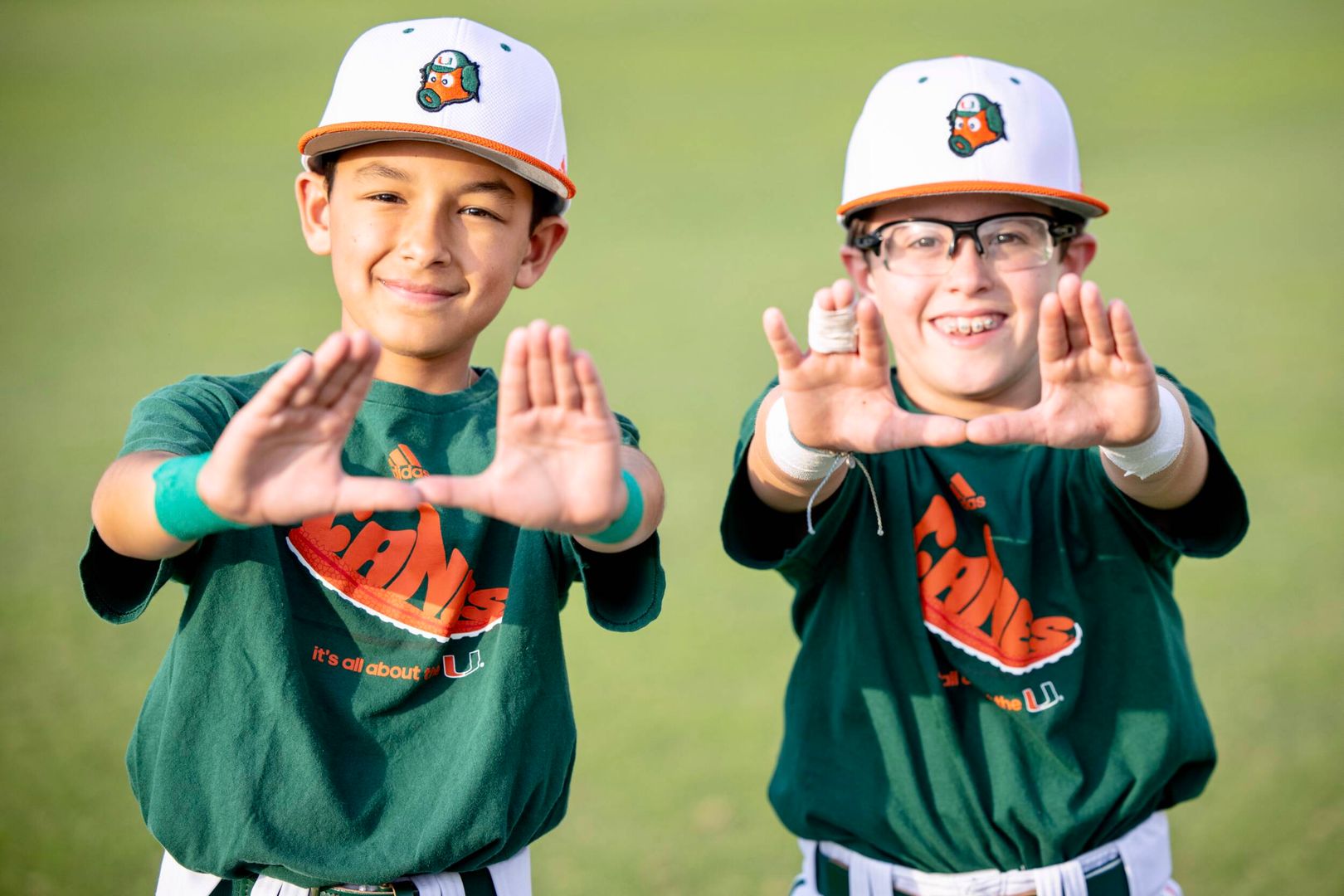 Part Of The Family

CORAL GABLES, Fla. – In Miami, playing baseball for the Hurricanes is like playing for the New York Yankees.

At just 10 years old, Kam Clute and Jon Michael Quijano are getting a taste of that dream.

Clute and Quijano are the batboys for the sixth-ranked Hurricanes, who host the North Dakota State Bison for a three-game series, beginning at 7 p.m. Friday.

“They make me feel like family, like I’m one of the players on the team,” Quijano said. “Many kids dream of this and I have the opportunity to do it. “It’s an honor. I’d like to thank head coach Gino DiMare and all the staff for letting me do this. It’s an awesome feeling getting to know the players and travel with the team.”

For Clute and Quijano, it’s a family affair.

Clute’s father, Kris, played for the Hurricanes from 1998 to 2001, winning two national championships.

“It’s super cool,” the younger Clute said. “You get to play with the guys, hang out with them and have fun, especially when they hit home runs. I look up to them. The guys that I talk to today are going to be the guys I watch in the Major Leagues in the future.”

Added the elder Clute, “I remember when I was a kid his age, growing up and coming to the games and dreaming of one day being on that field. I was lucky enough to be there for four years and win two national championships. Now, getting to see my son on the field as a 10-year-old, interacting with the players and enjoying himself is truly special. Hopefully, he gets the opportunity to be in that position where someone else is picking up his bat.”

Meanwhile, Quijano’s uncle, Robert “G.M.” McDaniel, is in his 22nd year on Miami’s staff, serving as the director of baseball operations and camps.

One of McDaniel’s countless responsibilities is overseeing equipment, including bats and baseballs during the games.

“You can definitely count on Jon Michael and Kam,” McDaniel said. “They both bring an added excitement. It’s good to have them around.”

Both batboys have mastered the job.

In fact, they’ve added elements to some of the Hurricanes’ oldest and youngest traditions like, “Don’t Stop the Rock” and their home run festivities, taking social media by storm.

“My favorite part is when they hit home runs,” the younger Clute said. “I spray them and they celebrate in the home run cart. It’s so fun.”

As star-struck as the dynamic duo can be, the 32 Hurricanes on the roster are even more inspired by their two newest teammates. 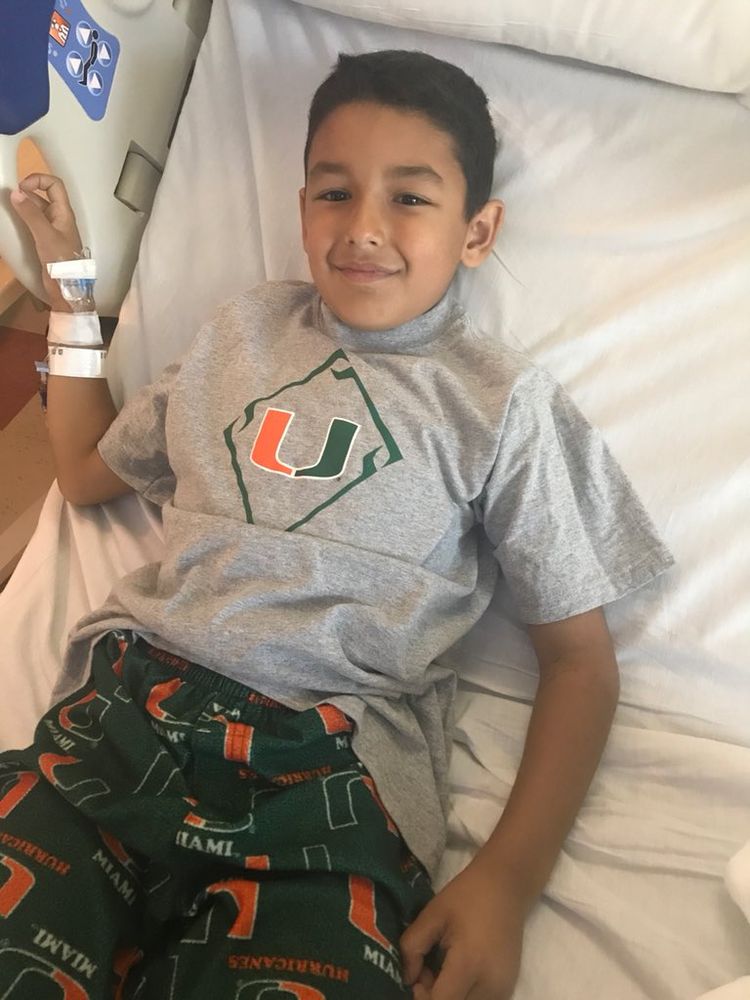 In April 2018, Quijano was diagnosed with ulcerative colitis, an inflammatory bowel disease that causes inflammation and ulcers in your digestive tract.

Following multiple surgeries, including an ostomy, a life-saving procedure in July 2019, he had a total colectomy and a J-Pouch creation last November.

“They look up to us, but we look up to him,” Miami co-captain Jake Garland said. “A lot of the stuff that he goes through is pretty tough, but to see how happy he comes out and how positive he comes out, is really special about that kid.”

Added McDaniel, “It helps put a smile on my face, being that he’s my nephew. Most 10-year-olds don’t go through what he’s going through. The players love him. It’s very touching.”

As it’s done for the Hurricanes, Quijano hopes his story can uplift and motivate others.

With Miami playing inspired baseball, the Hurricanes are in the midst of their best season in six years, the last time they reached the College World Series.

“What I’ve been through, I know other kids and people have been through it,” Quijano said. It’s a tough challenge but I want to inspire other people. I have my last and final surgery on June 1. Regionals start on my birthday, June 3. They need to succeed in the Regionals and make it to Omaha. Hopefully, I’ll be recovered in time for Omaha. Even if I won’t be able to batboy during Omaha, I’ll still be there cheering them on.”

As the final month of the regular season begins, the batboys have their sights set high for the Hurricanes.

“My dad has shown me his two rings, which is really awesome,” the younger Clute said. “The crowd here is really cool. It’d be really fun to see that in Omaha.”