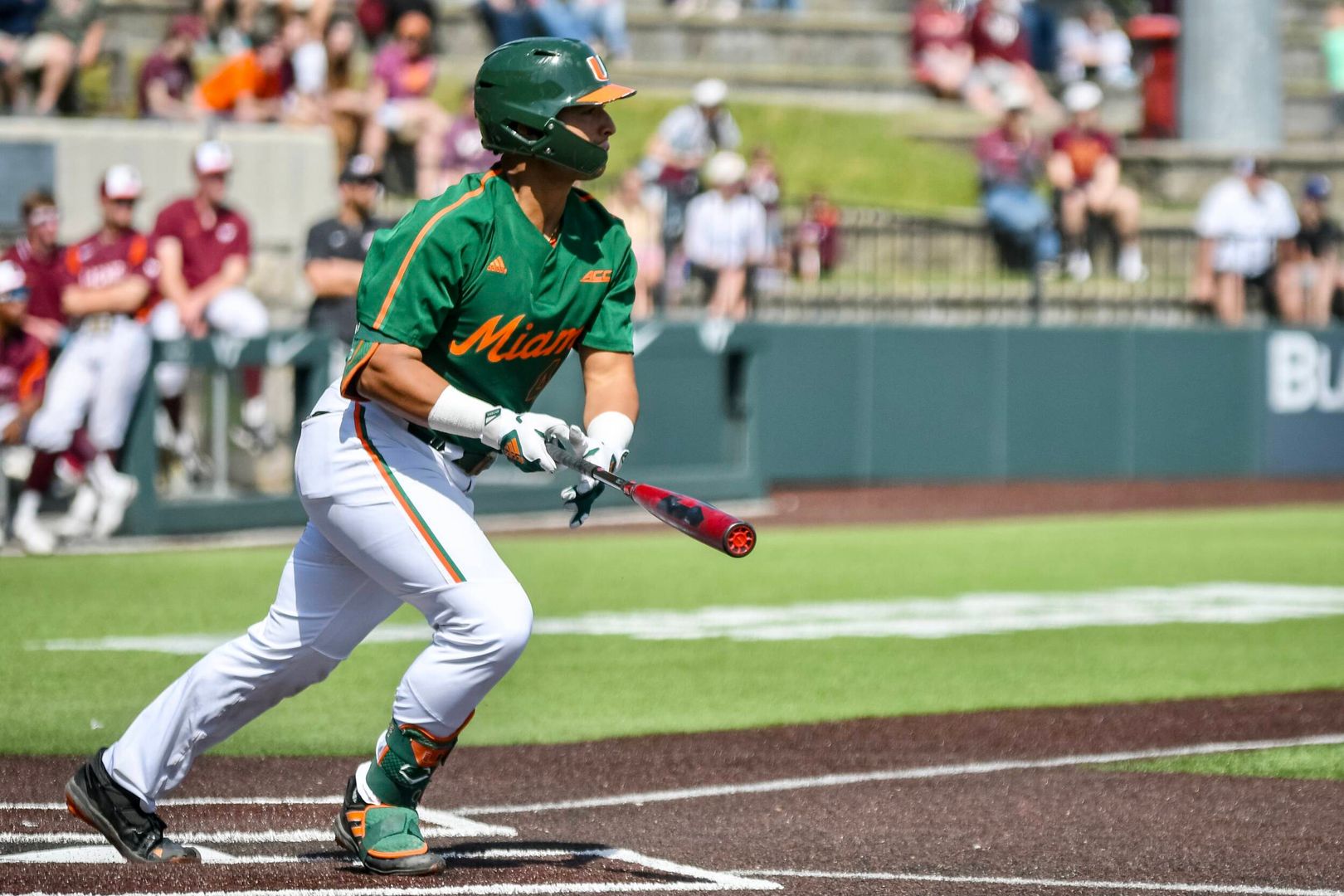 No. 2 Miami Rebounds Against No. 21 Hokies in Series Finale

BLACKSBURG, Va. — Knocked down but not knocked out.

After dropping consecutive contests for only the second time this season, the University of Miami baseball team bounced back to top No. 21 Virginia Tech, 8-5, Saturday afternoon.

“We were caught up in this moment right now where we got beat up pretty good in the first two games,” Miami head coach Gino DiMare said. “It can jolt you mentally. This game will knock you down, but you have to refuse to be knocked out. There are a lot of blows that you’re going to take throughout the season. I wanted to see what our players are made of. I’m proud of them for the fact that we were able to get a W today.” 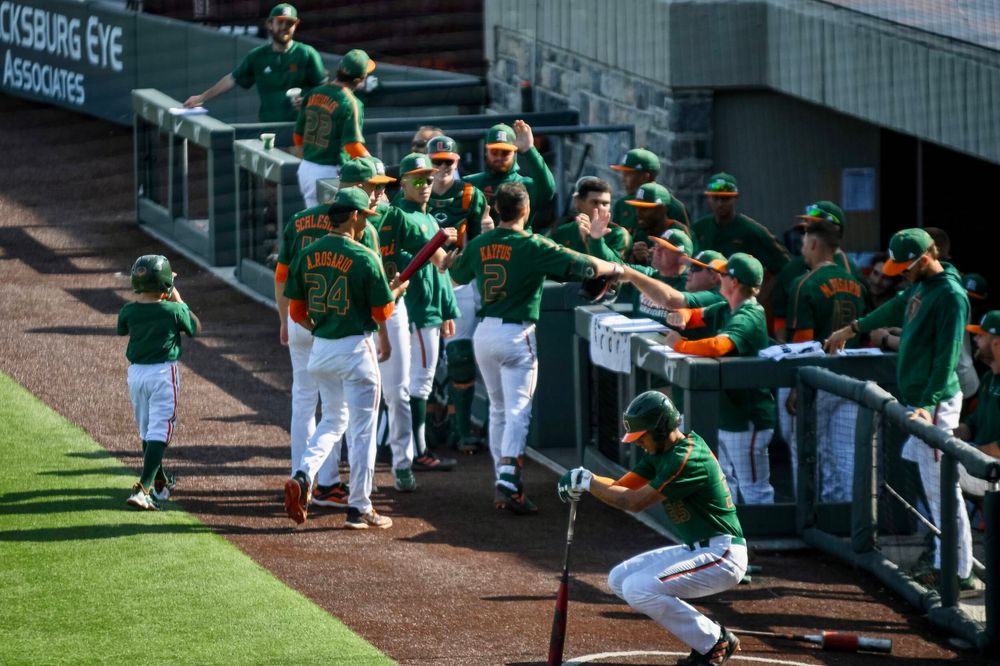 “We were able to capitalize on some big hits,” DiMare said. “We added some insurance home runs that were the difference in the game and we needed them because they came back.”

The Hokies jumped on the board first for the third straight day, pushing across a tally in the opening inning.

But then the Hurricanes’ bats came alive.

In the third, Romero Jr. ripped a two-run double down the right-field line to give Miami its first lead of the weekend. 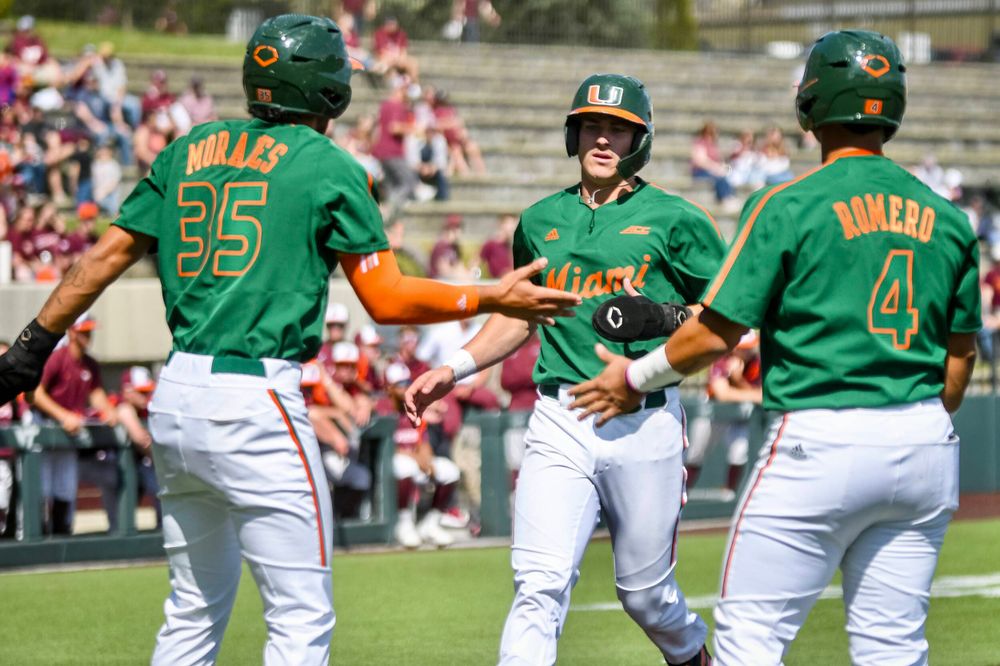 After Jacob Burke drew a bases-loaded walk to load the bases, Pitelli rocketed a bases-clearing two-out double into the right-field corner, ballooning Miami’s advantage to 6-1.

With all hands on deck, DiMare lifted starter Alejandro Rosario after 4 1/3 solid innings. The right-handed hurler held the Hokies to one run on four hits, generating seven groundouts.

“I was studying them the first two days, seeing what they liked and don’t like,” Rosario said. “I went out and executed my plan. I felt like what I did last year against them worked so I did it again.”

Reliever Alex McFarlane (3-1) finished off the fifth, tossing 1 2/3 innings of scoreless baseball. The hard-throwing righty struck out three of the five batters he faced.

Burke’s 429-foot blast in the seventh padded the Hurricanes’ cushion to six, but the Hokies didn’t go down quietly.

Virginia Tech shortstop Tanner Schobel slammed his third round-tripper in as many days, smacking a grand slam in the seventh to pull the Hokies within two. 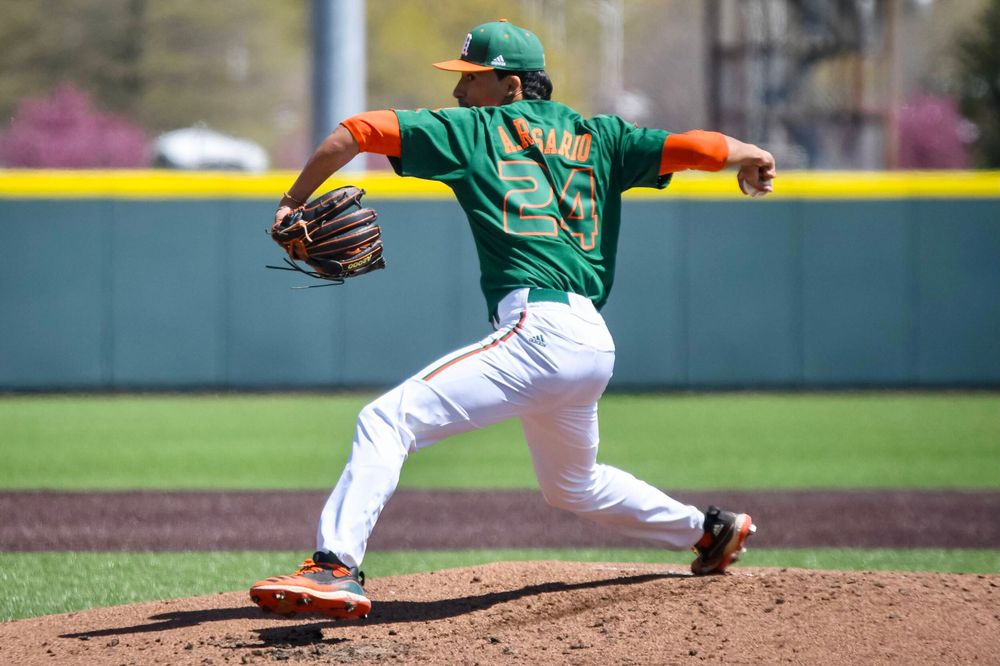 The Hurricanes turned to closer Andrew Walters to shut the door and salvage the series.

Walters retired six of the final seven Hokies, striking out four to earn his 12th save.

Miami, which has won 15 of its last 17 games, returns to Alex Rodriguez Park at Mark Light Field for a five-game homestand, which begins with Bethune-Cookman Tuesday. First pitch is scheduled for 6 p.m.

“One thing that we kept talking about was being a team no matter what happens,” Romero Jr. said. “14 wins in a row is awesome. Two losses didn’t sit well with us, but we have each other’s backs, which is all that matters.” 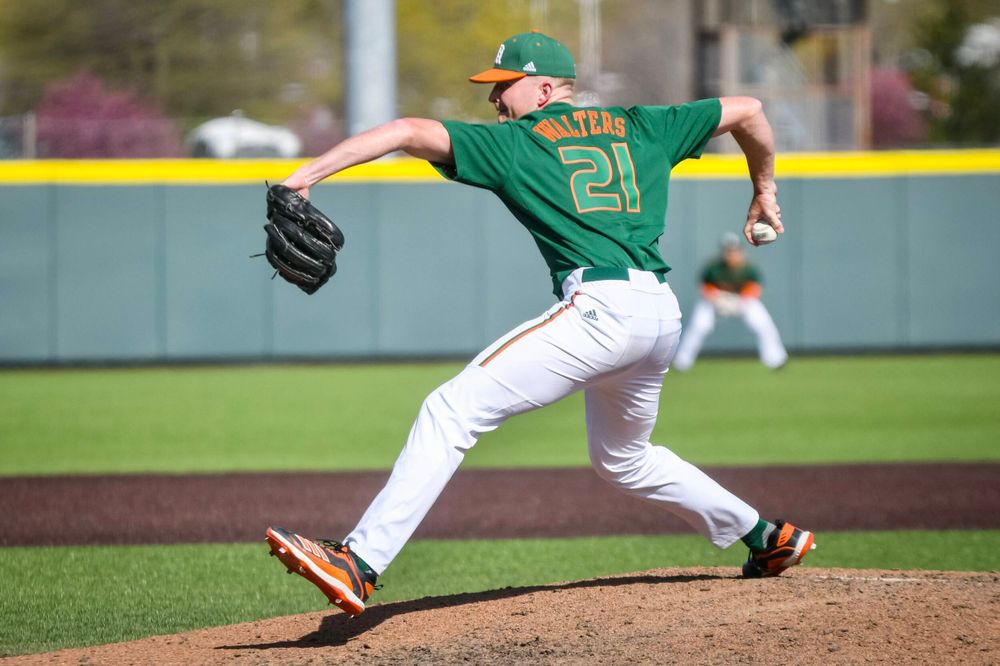