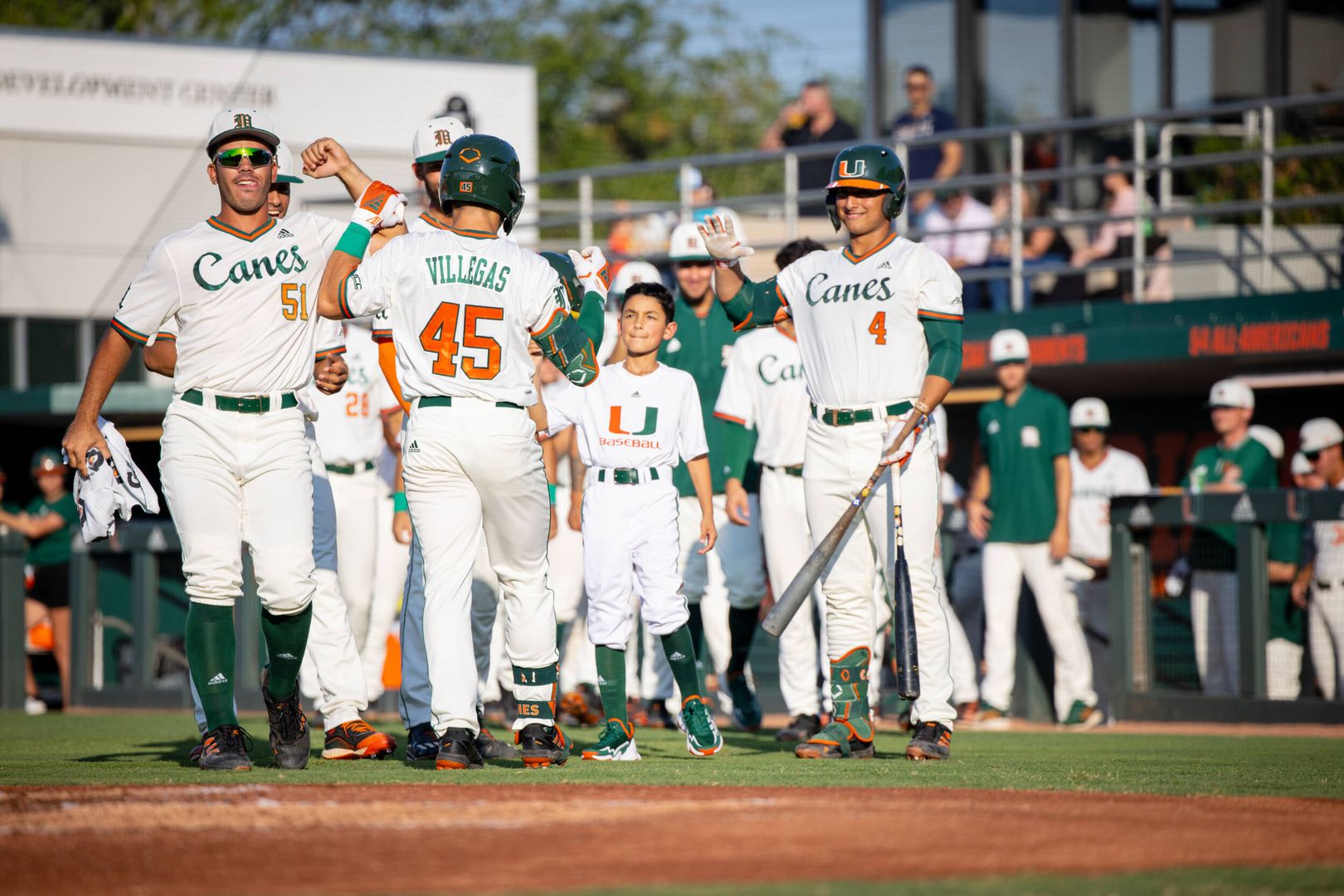 CORAL GABLES, Fla. — With MLB Opening Day on deck, the Miami Hurricanes wanted to skip straight to the All-Star Break.

In particular, the home run derby.

“We have a big series coming up this weekend, and these two midweek games you’re always concerned about not getting complacent and overlooking them,” Miami head coach Gino DiMare said. “Today, we put the game away early. I was happy to see some of the guys swing the bat.”

Villegas smacked a solo shot in the first inning and a three-run blast in the second, tallying his first career multi-homer performance.

“When I step into the box, I’m on a mission hunting,” said Villegas, who finished 4-for-5 with a career-best five RBI. “Today, was a pretty amazing game. The coaches have confidence in me. It has helped me because I know I can do it. In baseball, you can have a bad weekend, but that doesn’t mean you’re a bad player.”

Reigning ACC Co-Player of the Week Dominic Pitelli joined the slugfest, sparking the eight-run second against the Panthers (10-18, 3-6 C-USA).

Pitelli rocketed a two-run homer to kick off the offensive outburst in the frame. Following Villegas’ round-tripper, Pitelli plated a pair with a base hit, ballooning Miami’s advantage to 9-0.

“When you put in the work, anything can happen,” the sophomore said. “You just have to believe in yourself. I’ve really been working on an easier swing with a two-strike approach. I’ve come a long way and there’s a lot of season left.”

First baseman CJ Kayfus capped off the derby with a three-run missile in the fourth.

The right-hander struck out six en route to becoming the first Hurricanes hurler to toss eight innings since Brian Van Belle on June 2, 2019.

“It was just what the doctor ordered,” DiMare said. “He threw eight innings and allowed us to rest some guys. He was very efficient. We wanted to get a game out of Jake where he could get extended a little bit.”

The Hurricanes scored a season-high 17 runs on a season-most 19 hits, picking up their 10 straight win, which marks their longest winning streak since 2018.

After back-to-back midweek affairs the Hurricanes host No. 3 Virginia for a top-10 battle at Mark Light Field. The three-game set begins at 7 p.m. Friday. 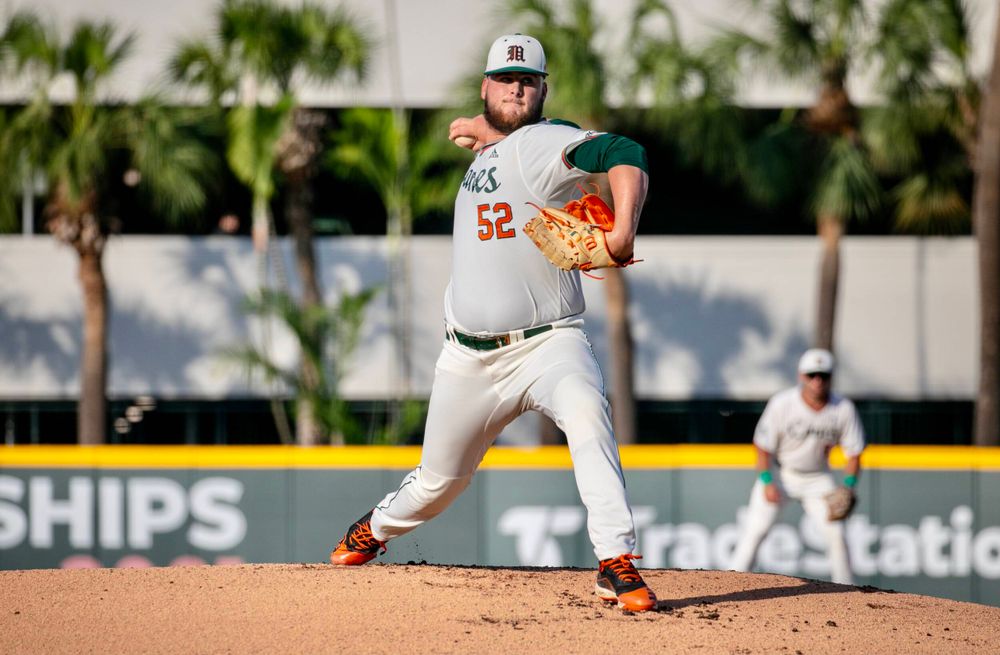