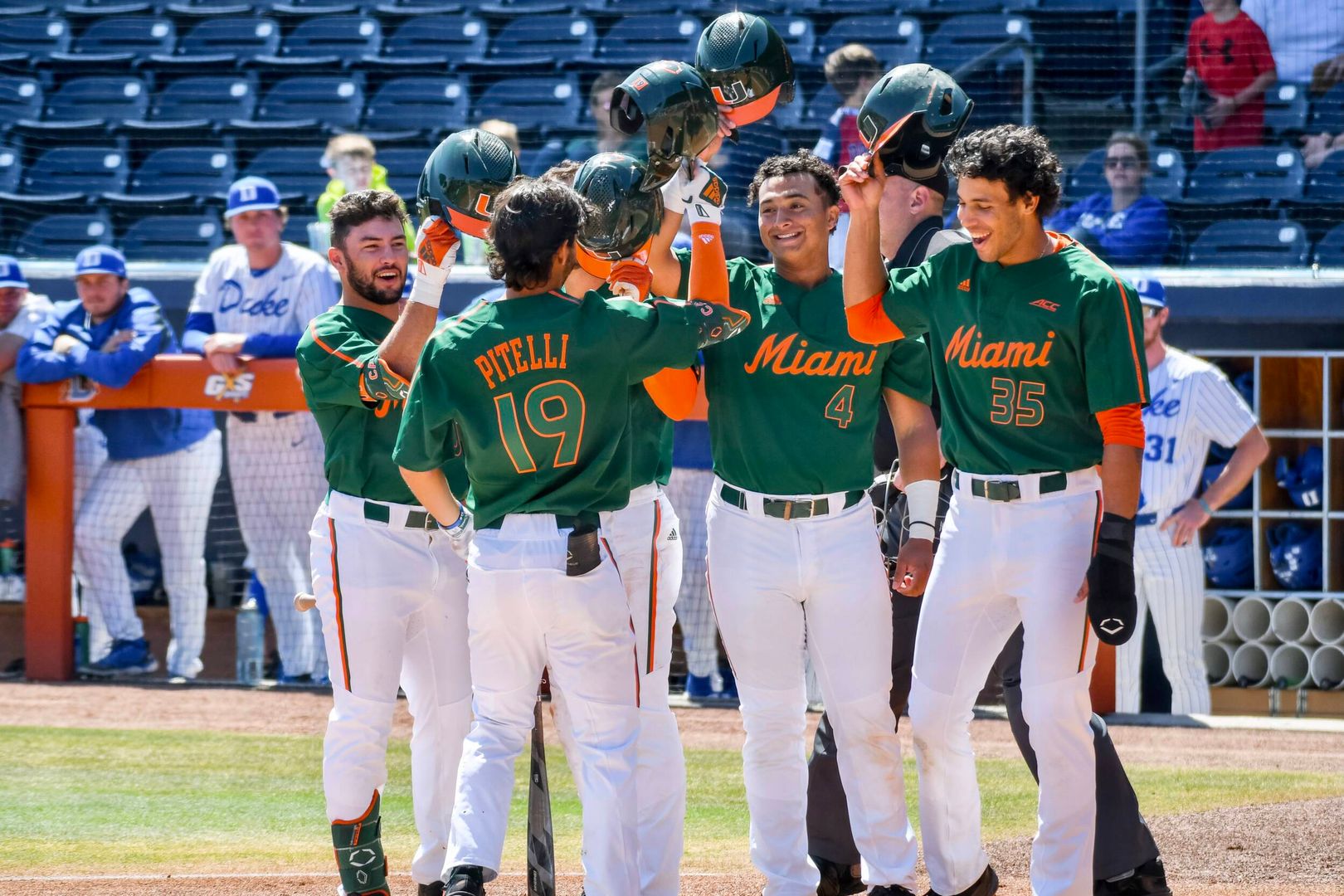 Pitelli Powers No. 17 Miami to Sweep over Duke

DURHAM, N.C. — Sophomore Dominic Pitelli knew it as soon as he hit it.

Pitelli rocketed a grand slam in the first, igniting the 17th-ranked Miami Hurricanes to a dominant 11-3 victory over the Duke Blue Devils at the Durham Bulls Athletic Park.

“The game was put away early on,” Miami head coach Gino DiMare said. “It was a great job of our guys, coming out and not being complacent and getting it done. It was probably deflating for them.”

“It got to two strikes so I was trying to be short, get something to the outfield and score some runs,” Pitelli said. “He hung a slider and I took advantage.”

One inning later, fellow sophomore Yohandy Morales cleared the bases with a double, ballooning the Hurricanes’ lead to seven after two frames.

After Duke (12-16, 3-9 ACC) pushed across a run in the third, Miami right-hander Alejandro Rosario (1-1) settled down and delivered another strong start.

The sophomore pitched a season-best six innings, holding the Blue Devils to only one run. Rosario recorded 14 groundouts and retired the last five batters he faced.

The Hurricanes backed Rosario from the first pitch and never took their foot off the gas.

First baseman CJ Kayfus plated a run with a sacrifice fly in the fifth before Miami tacked on three more tallies in the eighth, capped off by Pitelli.

With two runs already home in the inning, Pitelli dunked a single into center, chasing home JD Jones to set a new career-high with five RBI.

The Miami native finished the three-game set with two home runs and 10 RBI, leading the Hurricanes to back-to-back sweeps in ACC action for the first time since 2018.

“He had an unbelieveable weekend,” DiMare said. “In the first inning, Dom picked up his teammate. That’s a big hit, coming up and hitting another grand slam. It was probably deflating for Duke.”

With the victory, Miami has won eight straight contests, which marks its longest streak during DiMare’s tenure.

“We’re playing a good stretch right now, but there’s room for improvement,” DiMare said. “We had some big hits, but we have guys in the lineup that need to do a better job. You want to have nine guys in the lineup that are clicking on all cylinders. We have a lot of games in a short period of time. Our guys need to be focused and mentally tough during this stretch of games.”

Next, the Hurricanes start a stretch of nine games in 12 days, beginning with a midweek matchup against FGCU Tuesday. First pitch is slated for 6 p.m. at Alex Rodriguez Park at Mark Light Field. 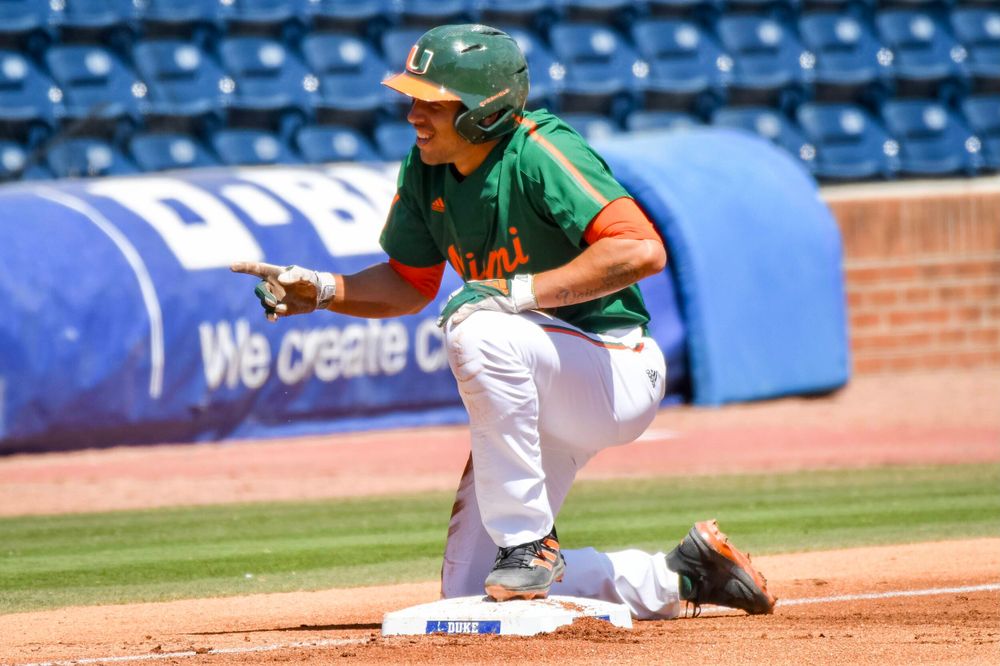