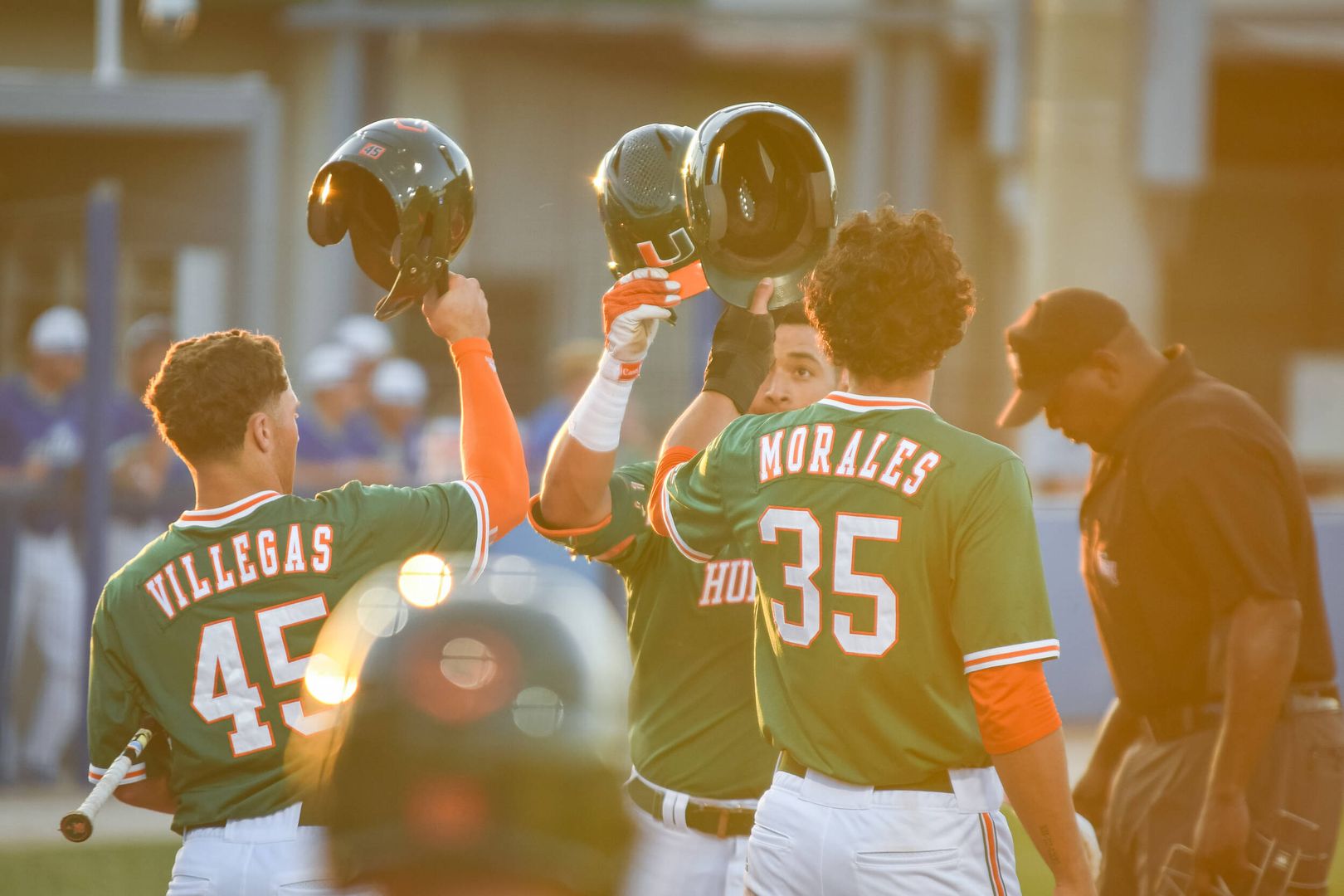 FORT MYERS, Fla. — Behind their biggest inning of the season, the No. 17 Miami Hurricanes clawed the FGCU Eagles, 11-7, Wednesday evening at Swanson Stadium.

“We put a lot of good hits together and put a lot of pressure on them,” Miami head coach Gino DiMare said. “We hit some balls hard and took advantage of their defensive miscues in that inning.”

Miami sent 15 batters to the dish, highlighted by a string of seven straight knocks.

With the Hurricanes trailing FGCU (18-7, 5-1 ASUN), 2-0, freshman outfielder Gaby Gutierrez singled through the left side, cutting the deficit in half. 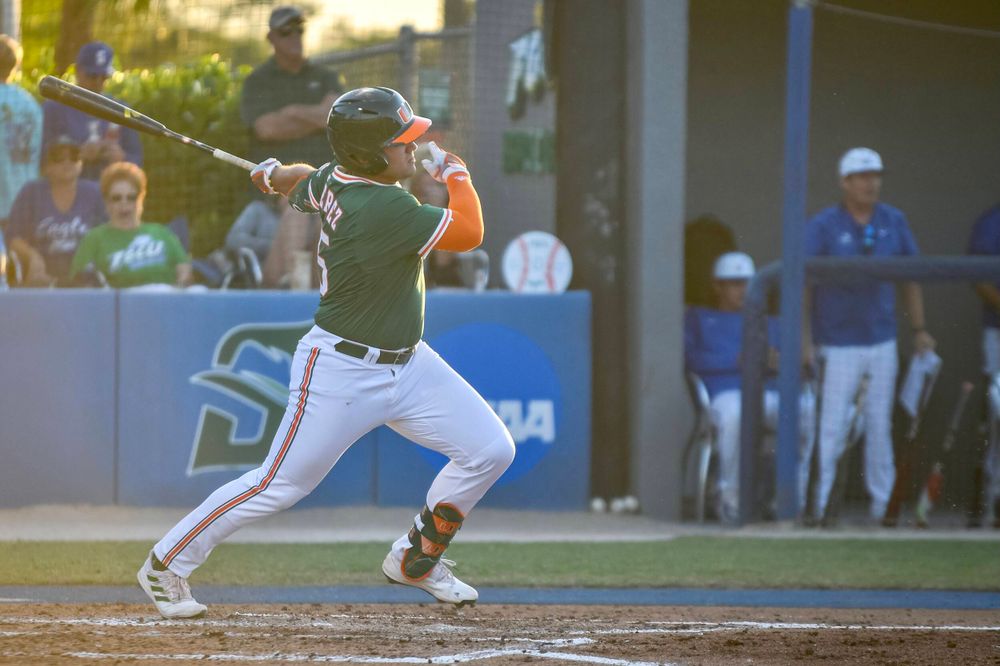 Freshman left fielder Edgardo Villegas kept the line moving, giving the Hurricanes their first lead of the night with a two-run single to center.

Third baseman Yohandy Morales joined the party with a knock of his own, setting the table for cleanup hitter Maxwell Romero Jr.

With two on and no out, Romero Jr. launched his co-team-best fourth homer of the season, putting Miami ahead, 7-2.

But the Hurricanes weren’t done.

Three batters later, Zach Levenson plated a run with a single, bringing home Jacob Burke, who reached with a hit after the home run.

Kayfus capped off the 10-run inning, singling for the second time in the frame, extending Miami’s lead to 10-2.

“I was just trying to stay simple and consistent at the plate,” said Kayfus, who tallied his first career four-hit performance. “When everyone is going like that it’s contagious. It comes naturally to you.” 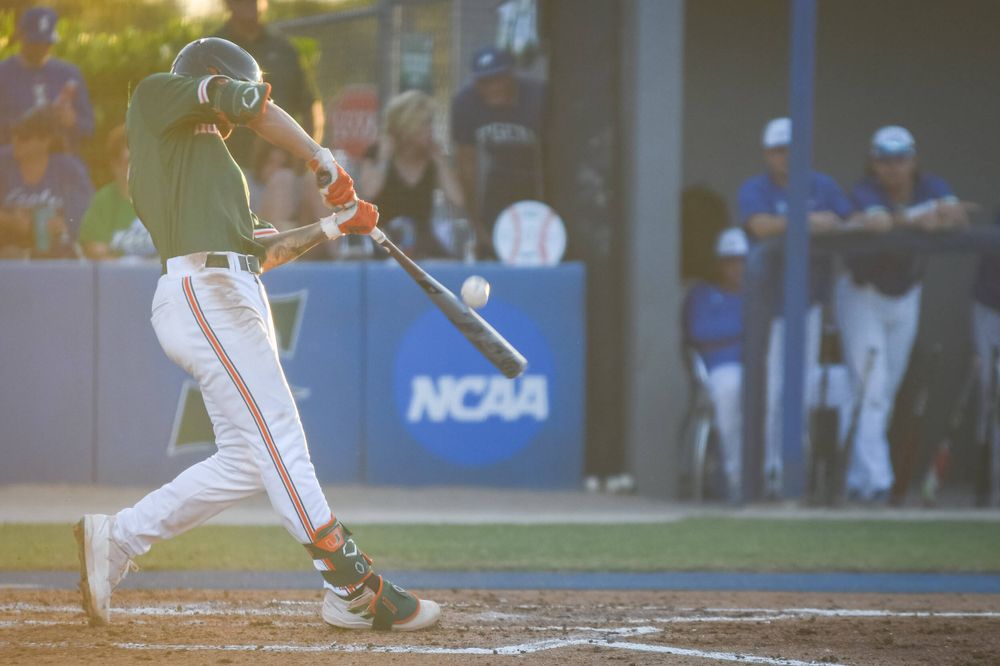 The Eagles answered with a run in the fourth, fifth and sixth, and two tallies in the eighth, but the Hurricanes’ 10-run third proved to be too much.

“We put the 10 runs up, which was great, but we got lackadaisical and lethargic after that,” DiMare said. “At the end of the day, I’m happy we won the game, but not happy with how we won.”

Miami starter Jake Garland (4-1) earned the win, matching a career-high eight strikeouts. The right-hander tossed 94 pitches, the most in an outing in his career.

With the victory, the Hurricanes have won seven of their last eight games, including five straight.

Miami will look to extend its winning streak with a three-game set at Duke. The series opener is slated for 6 p.m. Friday at the Durham Bulls Athletic Park. 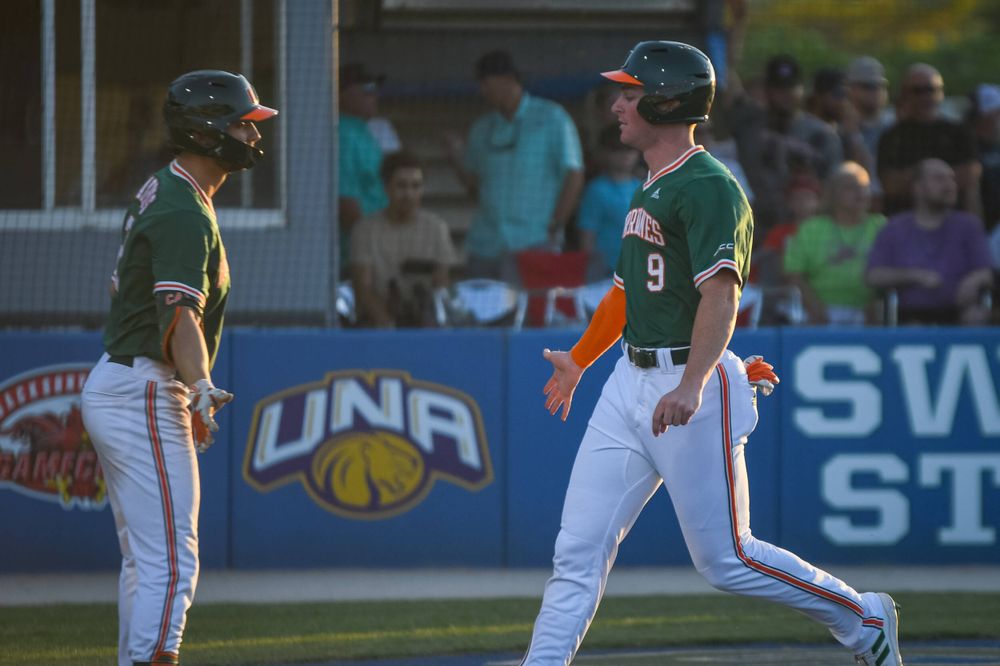