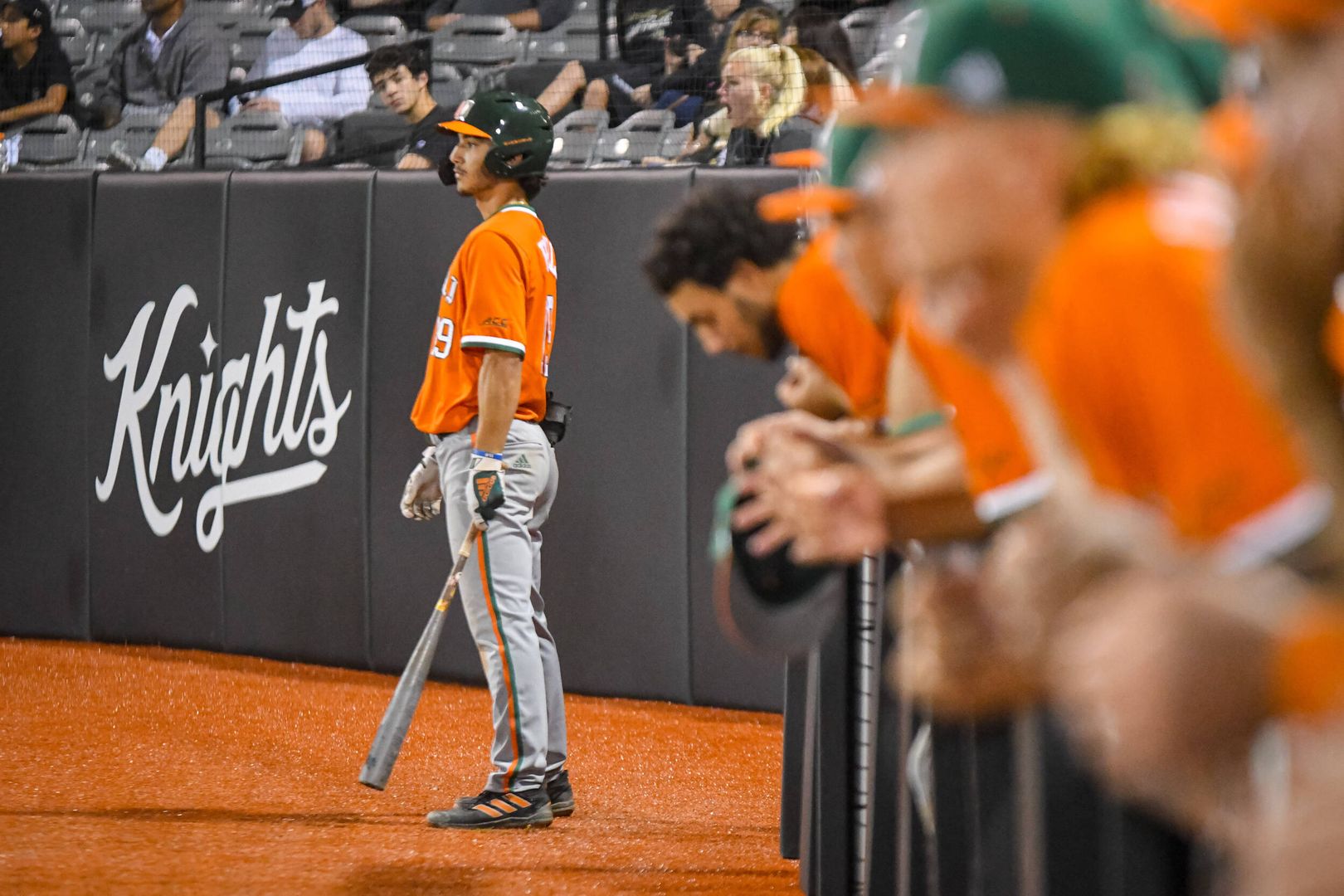 The Hurricanes committed three errors, aiding UCF. The Knights capitalized on Miami’s miscues, scoring three unearned runs, including a run in the first.

“The first three runs they scored we gave to them,” DiMare said. “They opened it up, but it should’ve been a closer game. We have to play better.”

After UCF took an early 1-0 lead, Miami designated hitter Zach Levenson rocketed a missile over the center field to even the score in the second.

But after Garland’s strong start was done, UCF found its offensive groove.

The Hurricanes made two errors in the fifth and the Knights took advantage.

UCF plated two tallies in the fifth before tacking on four more runs in the sixth, grabbing a 7-1 cushion.

Second baseman Tom Josten put on the finishing touches for the Knights with a three-run homer in the seventh.

With the Hurricanes down in the ninth, 10-1, first baseman CJ Kayfus cleared the bases with his first career grand slam, but Miami’s rally was too late.

UCF lefty Cylis Cox (1-0) was credited with the victory, while Miami right-hander Alejandro Rosario (0-1) was tagged with the loss.

The Hurricanes continue their five-game road trip with a three-game set against 18th ranked Clemson. The series begins at 6 p.m. Friday at Doug Kingsmore Stadium.

“I just feel like we’ve been too inconsistent,” DiMare said. “We have to pitch better. We have to do a better job offensively, giving better at-bats. We have to play better defense, that’s the bottom line.”