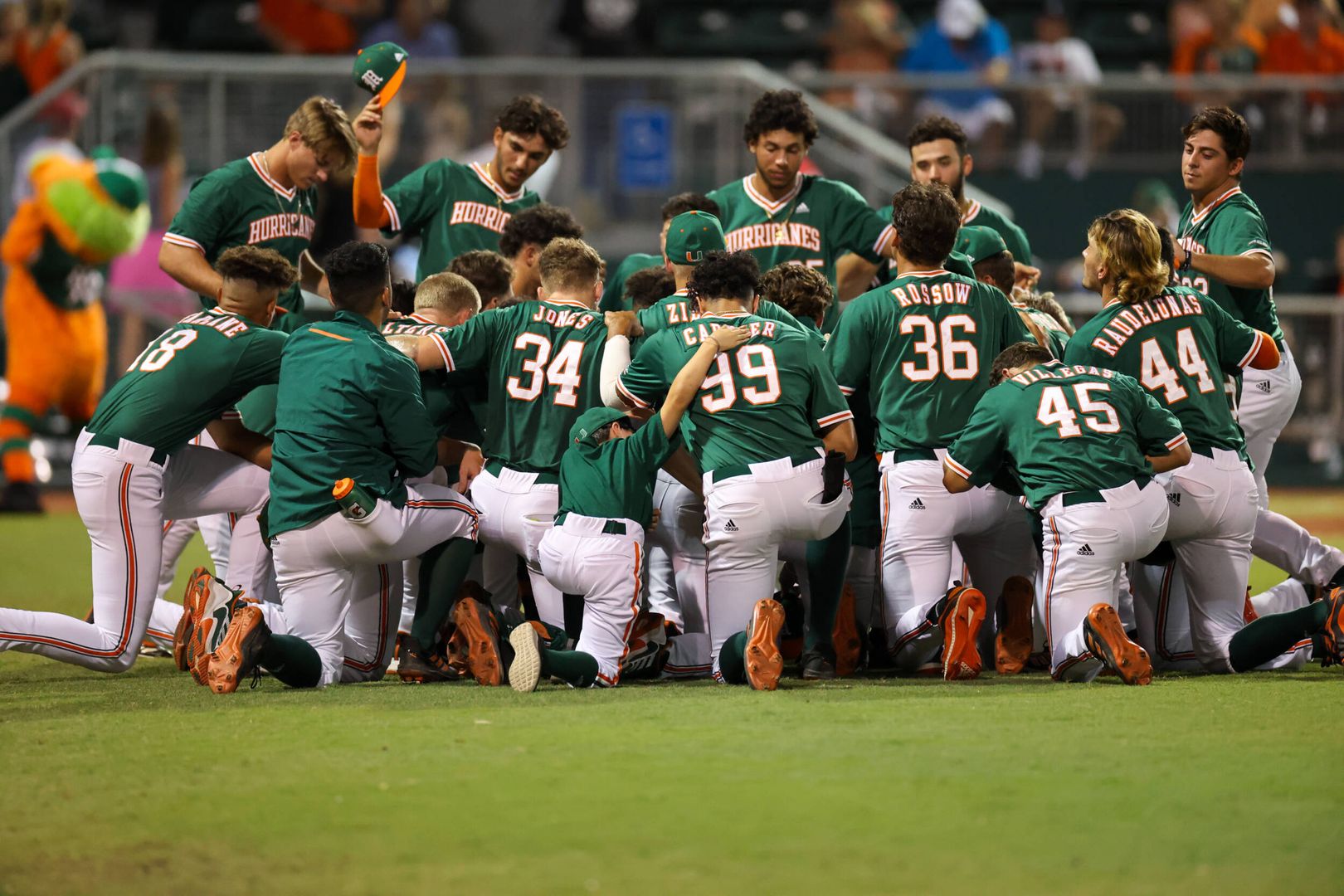 Miami trailed 12-6 heading into the ninth and could’ve easily gone down without a fight.

Instead, the Hurricanes rallied.

Miami scored five runs, put the tying tally on third and brought the winning run to the plate, but the Hurricanes came up just short, falling to the Boston College Eagles, 12-11, Friday evening at Mark Light Field.

“I thought we were going to get it done at the end, I really did,” Miami head coach Gino DiMare said. “I’m proud of the guys for fighting and coming back. You have to keep battling, you have to keep fighting. The game is never over. Unfortunately, we came up just short.”

The Hurricanes (9-4) were down by as many as eight runs in their ACC opener, but battled back.

Edgardo Villegas’ 2-run blast in the seventh brought Miami within six, setting the stage for the ninth-inning dramatics.

Second baseman Dorian Gonzalez Jr. ripped a double down the right field line to lead off the ninth. Villegas followed and drove in Gonzalez Jr. from second, cutting the deficit to five.

After Boston College (6-6) secured the first out of the frame, sophomore CJ Kayfus doubled home Villegas and Rosario, pulling the Hurricanes within three.

Third-year outfielder Jacob Burke continued the rally, singling through the right side.

Next, third baseman Yohandy Morales recorded the fourth double of the inning, plating Kayfus to make it a 12-10 contest.

With runners on second and third, junior catcher Maxwell Romero Jr. launched a towering flyball that scored Burke and moved Morales to third.

Down to their final out, the Hurricanes had the tying run 90 feet away and the winning run up at the dish, but Boston College held on to take Game One of the three-game set.

“What we just had right there was a big moment,” Romero Jr. said. “We now know what our team is made of. I’m happy with the way we fought. There’s no quit. We showed that at FIU and we showed that again today. I just wish we did that from the beginning.”

The Eagles soared out of the gates, striking for 10 runs in the first four innings.

“It’s not a recipe for success when you’re giving up 10 runs in the first four innings,” DiMare said. “At the end of the day, we have to get a better start from our Friday guy and we have to play better defense. You score 11 runs you should win most of the games.”

In the defeat, the Hurricanes out-hit the Eagles, totaling a season-best 16 knocks, highlighted by Villegas’ first career homer.

Boston College reliever John West (1-1) was credited with the victory, while Miami starter Carson Palmquist (3-1) was tagged with the loss.

Up next, the Hurricanes will look to even the series Saturday. First pitch is set for 7 p.m.

“In the last inning, we picked up our energy,” Villegas said. “We have to do that non-stop from the first inning to the last out.”