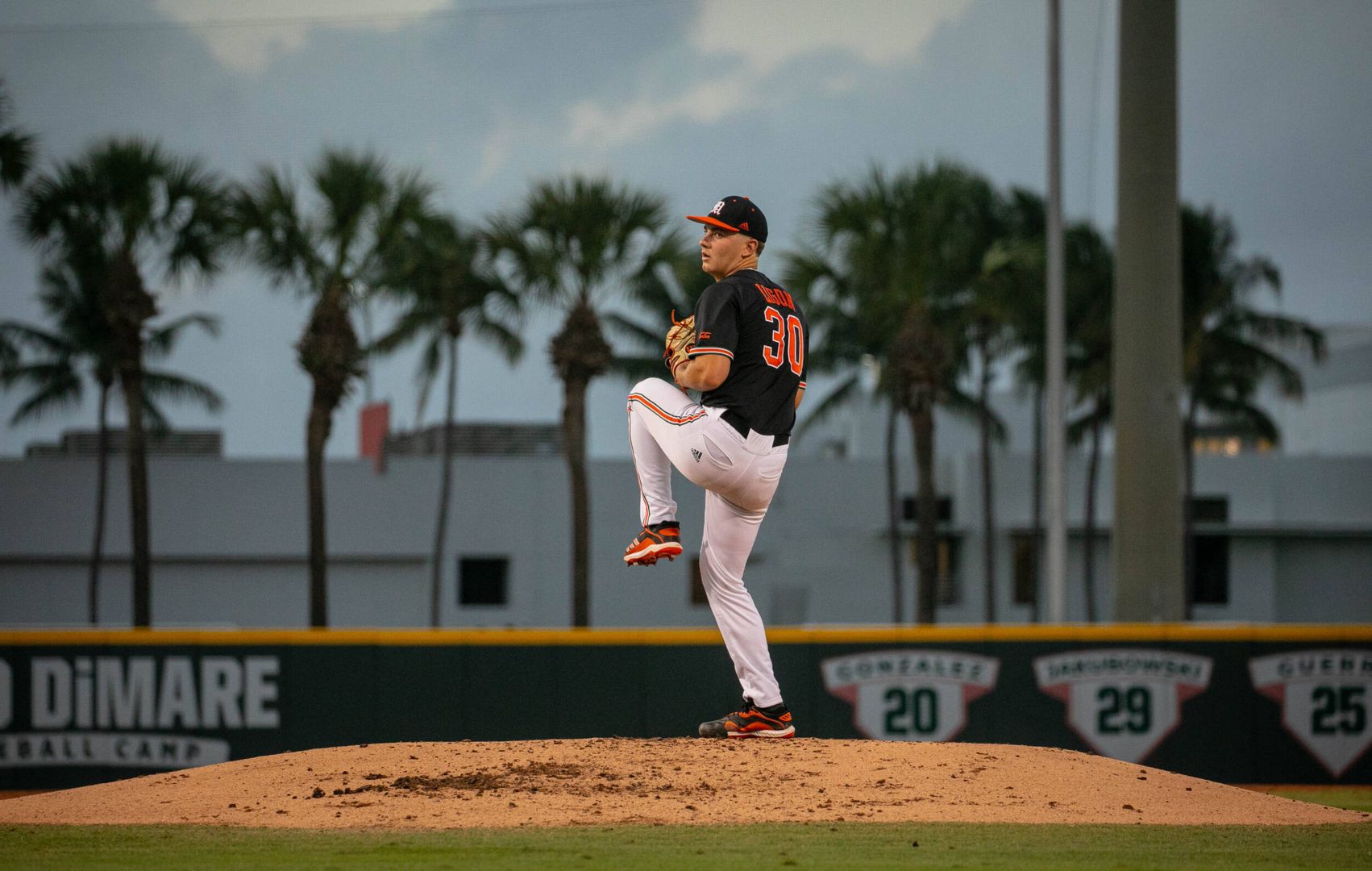 Ligon allowed only one earned run over seven innings for the 22nd-ranked Hurricanes (8-2), becoming the first Miami starter to pitch more than six innings this season.

“Karson threw outstanding,” Miami head coach Gino DiMare said. “He pitched good enough to win, he was efficient and he went deeper into the game than their guy. Their guy was good tonight, he was on, but our guy went seven innings and threw 94 pitches. You couldn’t ask for anything better than that.”

The freshman struck out eight and didn’t surrender a walk while yielding only three hits.

“My change-up is usually my go-to and tonight it was working for me,” Ligon said. 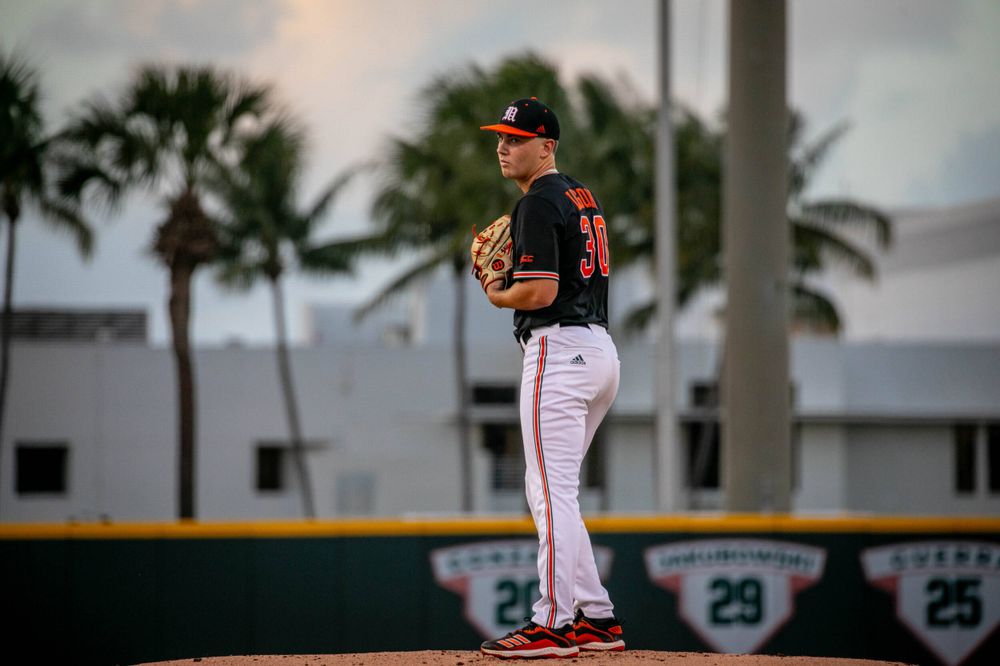 The 14th-ranked Gators (9-3) pushed across a run in the opening frame before tacking on two tallies in the third.

After the round-tripper, Ligon (1-1) retired the next 10 batters he faced and didn’t allow a hit the rest of the way.

But Miami made costly mistakes in the field.

“We didn’t play defense, that’s what hurt us tonight,” DiMare said. “They shouldn’t have gotten a run in the first inning, mishandling the ball in the outfield, allowed that run to score. And the third inning, strike three should have ended the inning, but we let the guy get on base. They did a good job taking advantage of that, hitting the two-run homer.”

Sophomore infielder Yohandy Morales got Miami on the scoreboard in the eighth with an RBI single, cutting the deficit to 3-1.

The Hurricanes brought the tying run to the plate, but Miami was unable to cash in.

“I am just trying to do what I can to get on base and help my team score some runs no matter what it takes,” Morales said. “Hopefully, tomorrow, we get the same thing going and our bats get hotter.”

The Gators put the game out of reach in the ninth, tacking on five runs to force a rubber game.

“We can’t come out and be flat tomorrow. We got a chance to win the series,” DiMare said. “Baseball is a game where you have to flush it really quick and be ready to go.”