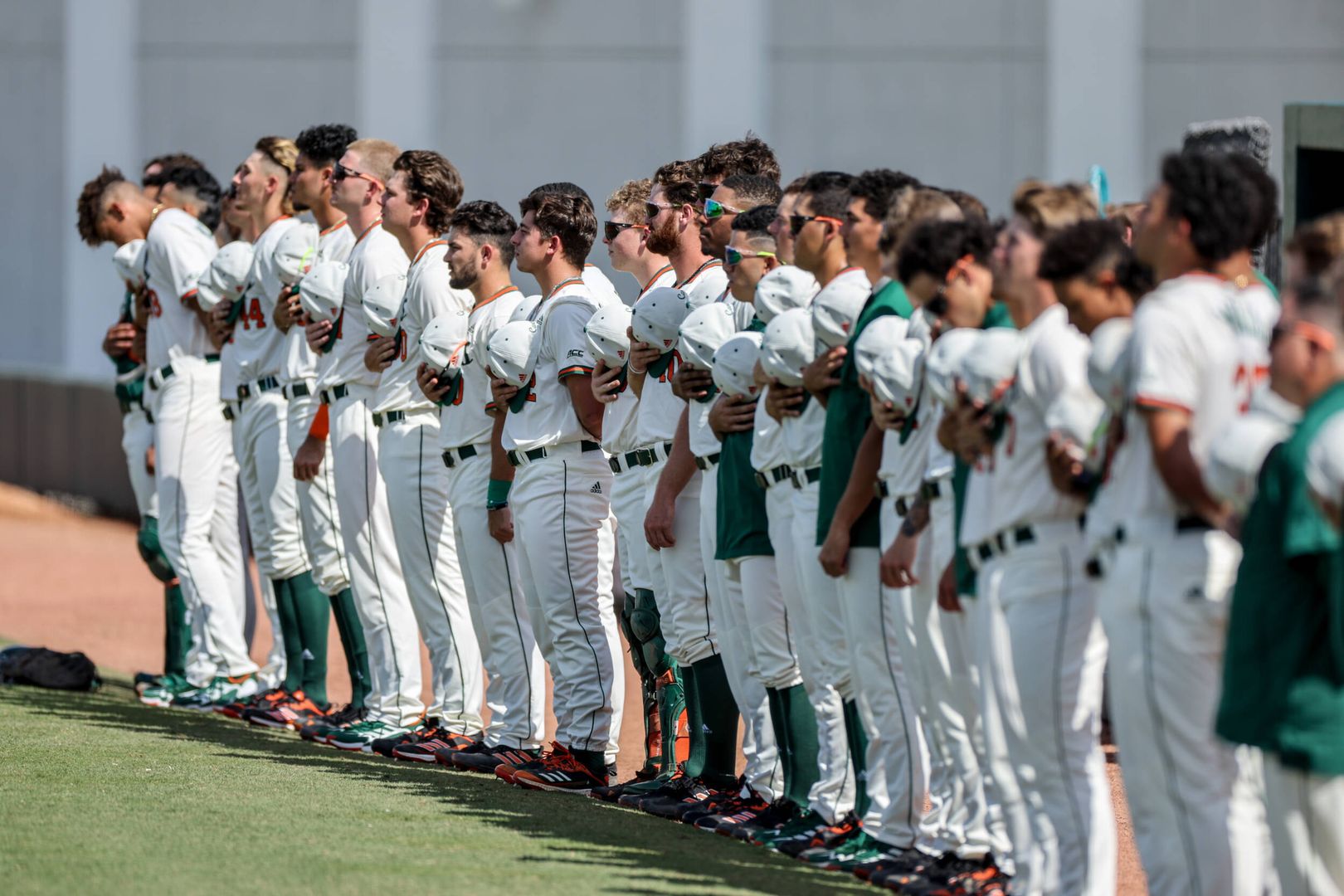 “Bottom line, we didn’t play well enough to win,” Miami head coach Gino DiMare said. “We didn’t play a very complete game and when you do that, you’re risking the chance of not being in the win column.”

The Hurricanes (5-1) led Harvard (1-0) twice, but the Crimson rallied for three runs in the third and two in the seventh to overcome both deficits, picking up a victory in their first game in 719 days.

“Harvard has not been sitting around on its butts for two years,” DiMare said. “They’ve been working hard. Their offense was impressive to me. They swung the bat and we didn’t do a good job of holding them down from a pitching standpoint.”

With Miami ahead, 6-5, in the seventh, Harvard catcher Zach Brown blasted a two-run shot over the fence to put the visitors back in control.

The Crimson tacked on four insurance tallies in the eighth, capitalizing on five free passes.

“We couldn’t hold them down there,” DiMare said. “We balked in a run, we had a strikeout passed ball that allowed a run and got picked off. Down five runs, that can’t happen”

Miami got on the board in the opening frame, manufacturing two runs on the basepaths. Sophomores Dominic Pitelli and Yohandy Morales reached base with one out, working a walk and singling to left, respectively.

Pitelli and Morales swiped second and third and advanced 90 feet on an error by Harvard third baseman Will Jacobsen.

Despite trailing 5-2, the Hurricanes didn’t go down without a fight.

Miami strung together a two-out rally in the sixth, sparked by Jacob Burke’s RBI double.

The Hurricanes re-gained the lead in the sixth when Gonzalez Jr. raced home on a wild pitch, jumping in front, 6-5.

Gonzalez Jr. finished with his first career three-hit performance while Morales reached base four times in the loss.

“I let the ball travel, didn’t get too anxious and just hit the ball the other way,” Gonzalez Jr. said. “The next game is the most important game of the season, so we’re full speed ahead on tomorrow.”

Miami will look to even the three-game set tomorrow at Mark Light Field. First pitch is slated for 7 p.m.

“It’s baseball, you’re not going to go undefeated. We got to turn the page,” DiMare said. “The most important game of the year will be tomorrow.”