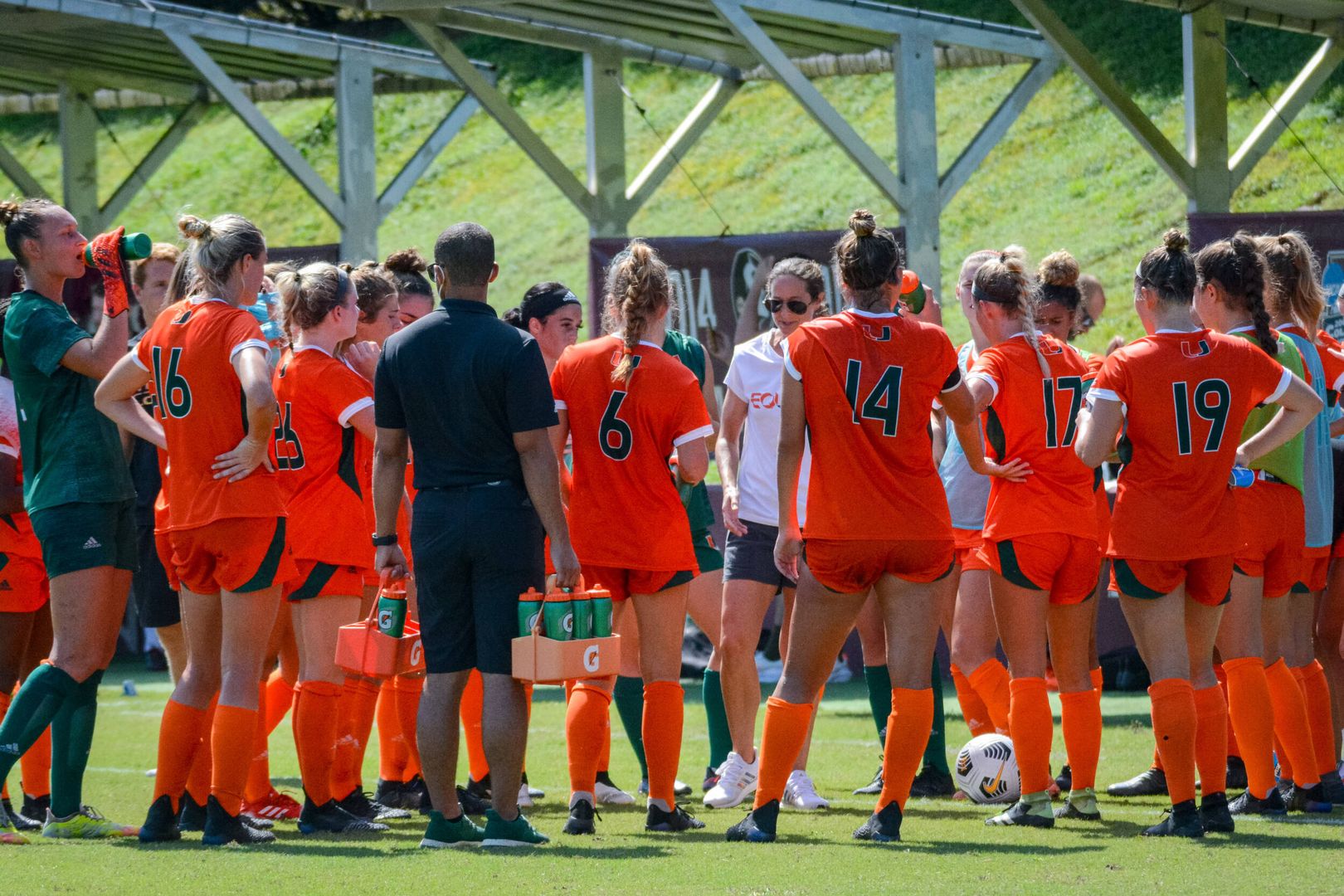 “At the end of the day, we really made them work for it. We made the game really difficult for them. They’re a very good team and we showed that we can defend and turn them over and disrupt the game a little bit,” Miami head coach Sarah Barnes said. “If we can do those things against Florida State, who is undefeated and ranked first in the country and has a number of players who have played in World Cups and national teams, we’ve got to take that away and build our confidence and level of comfort and want to have the ball and put the game on our shoulders.”

Dagenais posted a career-high 14 saves, which is tied for the second-most in a match in program history, trailing only Phallon Tullis-Joyce’s 17 stops against North Carolina in 2018.

The reigning ACC Co-Defensive Player of the Week now leads the conference in saves per game, averaging 5.67 per contest.

“I thought Mel was outstanding,” Barnes said. “There were a number of times where we really needed her to come up big and she did. She really kept us in the game for quite a while. Mel is the kind of player who is always going to be looking for what she can do better, but you have to look at her performance. Her effort, her focus and resilience in those pressure situations was outstanding.”

Dagenais got started early making a left-footed kick save to deny Florida State’s leading goal scorer Beata Olsson on the doorstop in the 17th minute.

In the 42nd minute, the junior goalkeeper padded her highlight reel, turning away an attempt inside the six-yard box.

Dagenais picked up a pair of saves right out of the halftime intermission, keeping the Noles off the board.

Florida State broke through, cashing in for a penalty kick goal in the 51st minute. Senior midfielder Yujie Zhao slotted the shot into the back of the net, putting the Seminoles up, 1-0.

Redshirt junior forward Gudrun Haralz buried home a picture-perfect feed from junior defender Emma Tucker to get Miami on the board. Haralz’s strike in the 75th minute marked her second tally of the season, which ties her for the team lead.

“They have a lot of heart,” Barnes said. “They’re a team that doesn’t quit. They’re a team that fights until the last whistle. It’s a very good place for us to be in right now. It’s the kind of thing that makes other teams worry.”

In the closing minute, Florida State’s LeiLanni Nesbeth capped off the scoring with her first goal of the campaign.

Miami returns home to Cobb Stadium on Saturday, Oct. 16, when the Hurricanes host the Clemson Tigers. Kickoff is scheduled for 7 p.m.