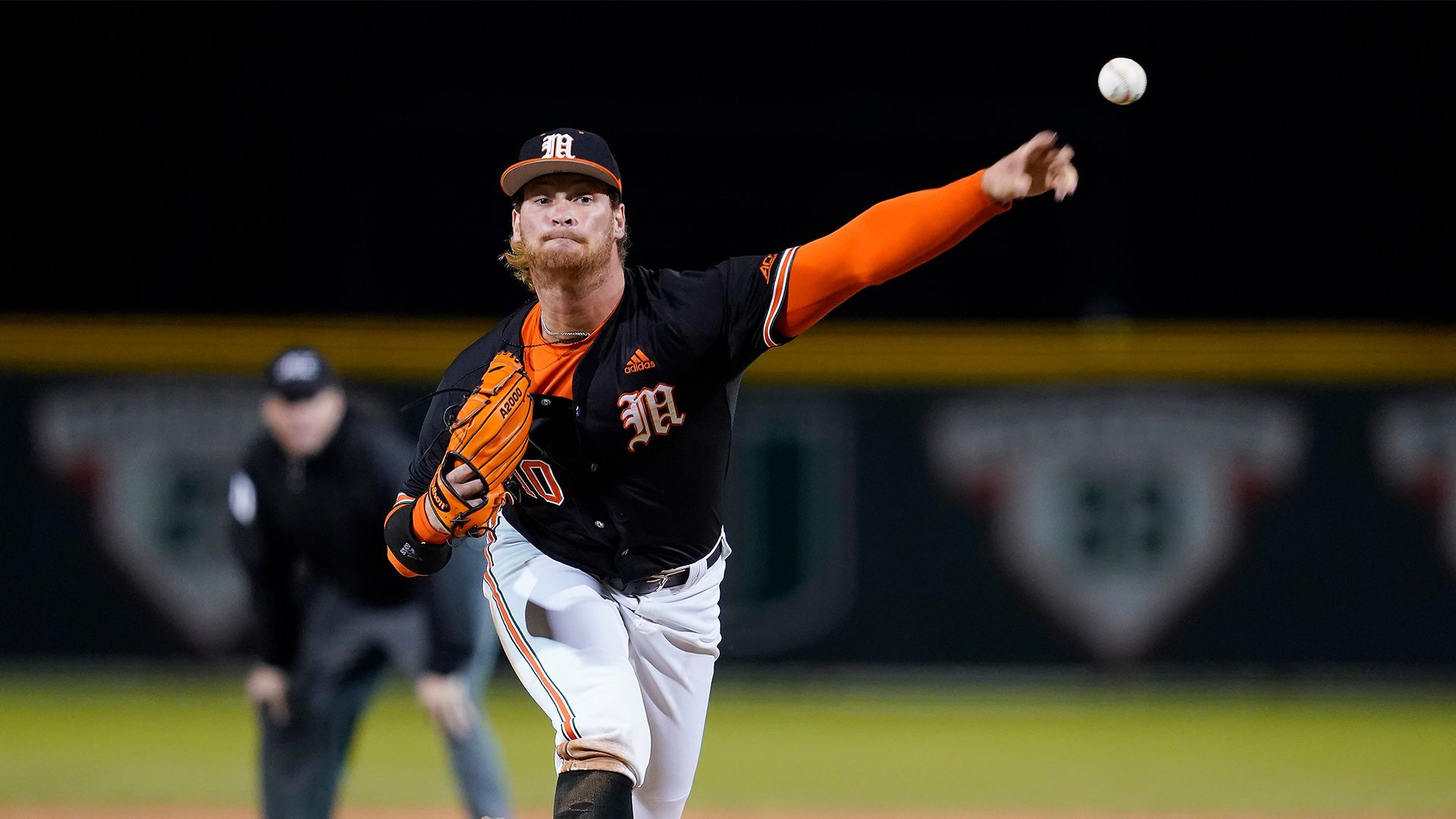 CORAL GABLES, Fla. – Just after the turn of the New Year, a trio of Miami Hurricanes picked up Perfect Game Preseason All-America honors, as announced Tuesday. 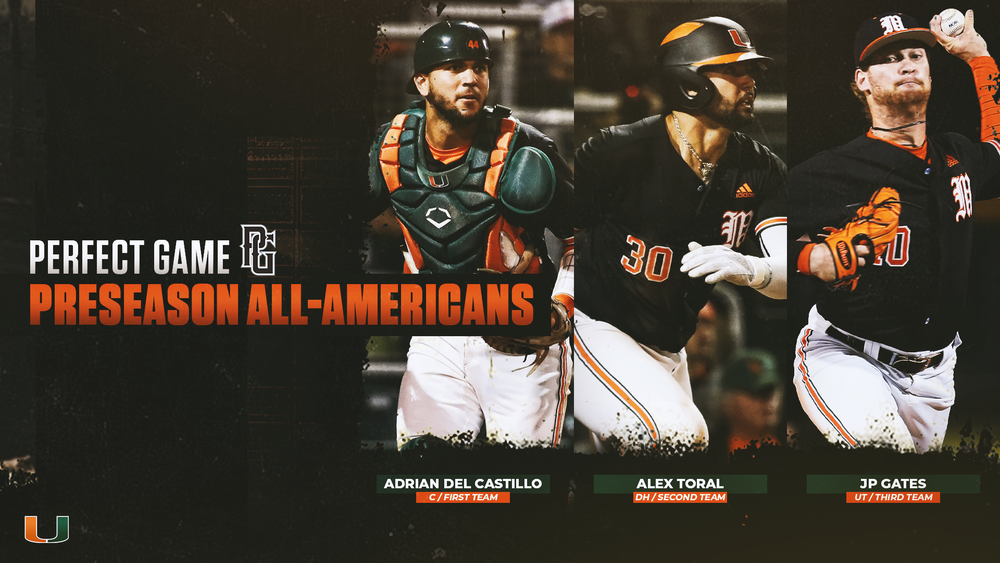 "There’s a legitimate chance that Del Castillo is the best pure hitter in the college ranks today."

Toral flexed his muscle at the plate in 2019 for the Canes, hitting an ACC-leading 24 home runs that ranked third in Division I and helped propel Miami to a conference-high 85 homers on the year. The herculean first baseman’s 24 homers moved him into a tie with Yonder Alonso for the second-most home runs by a Hurricane in a single season.

Gates is one of the top two-way players in the country. While he opened the shortened 2020 season on a five-game hitting streak, it was his exemplary work out of the bullpen that made the biggest contribution in the 16 games Miami played before the COVID-19 pandemic struck. He went 1-0 with a 0.82 ERA over 11 innings pitched, striking out 13 batters and walked just one, allowing just one run on two hits over a team-high nine appearances. Opponents batted a microscopic .056 against Gates in his sophomore season.

The left-handed pitcher/designated hitter was outstanding at the plate as a freshman in 2019, batting .340 with nine doubles, two triples, four homers and 31 RBI in 147 at-bats. Gates, who made 38 starts as Miami’s designated hitter, posted 14 multi-hit games and seven multi-RBI performances and ranked fifth on the team with a .510 slugging percentage. The freshman’s 14-game hitting streak was second-longest on the team and he earned All-Starkville Regional honors after an impressive showing in his postseason debut.

Miami is expected to be one of the top teams in the country in 2021. The Hurricanes came in at No. 6 in Collegiate Baseball’s Fabulous 50 NCAA Division I Pre-Season Poll.