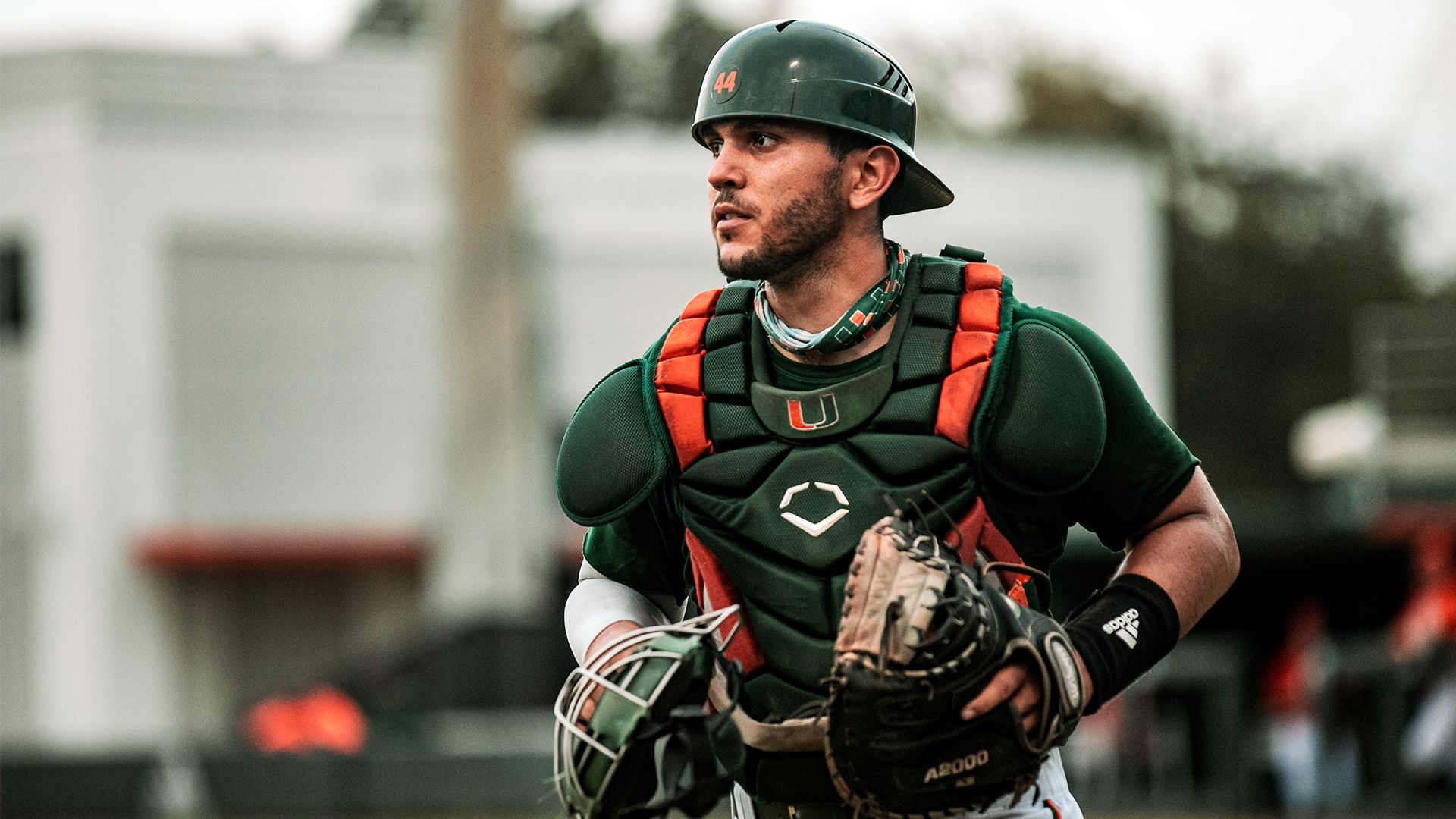 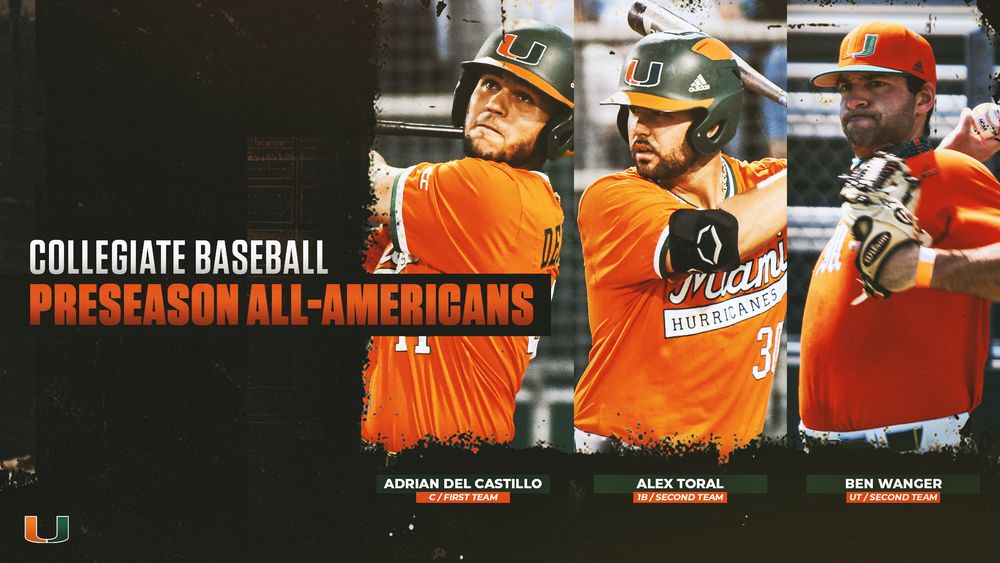 A 2020 Preseason All-American by four different publications, Del Castillo was an offensive juggernaut in his debut season with the Canes. The standout finished the 2019 season batting .331 with 78 hits, 22 doubles and 72 RBI, all team-bests. The Miami native also scored 58 runs and clubbed 12 homers, while striking out just 24 times in 236 at-bats. A versatile player who saw time in right field, catcher, designated hitter and third base, he tied for the team lead with 22 multi-hit games and was second on the team with 18 multi-RBI performances.

Already one of the top power hitters in the nation a year ago, Toral brings his big bat back to the heart of Miami’s lineup after leading the team with five home runs and 16 RBI in 16 games a year ago. The fourth-year junior posted a .296 batting average in 2020, while leading the team with a .593 slugging percentage and was second on Canes with .435 on-base percentage.

Toral flexed his muscle at the plate in 2019 for the Canes, hitting an ACC-leading 24 home runs that ranked third in Division I and helped propel Miami to a conference-high 85 homers on the year. The herculean first baseman’s 24 homers moved him into a tie with Yonder Alonso for the second-most home runs by a Hurricane in a single season.

Wanger, who was a Collegiate Baseball second-team All-American a year ago at USC, is expected to take over as Miami’s closer this season. A year ago at USC, the right-hander served as the Trojans’ closer, recording three saves, good for second-most in the Pac-12, and a 0.00 ERA. Wanger did not allow an earned run in his six relief appearances, striking out eight batters and walking one in 6.1 innings pitched.

The sixth-year graduate transfer is a versatile player who can also help with his bat. Wanger slashed .410/.500/.564 in 2020, leading the Trojans and finishing fifth in the Pac-12 in batting average. The left-handed hitter drove in eight runs and scored five, hitting four doubles and one triple in his brief stint at USC. Prior to his time with the Trojans, Wanger was an All-Ivy selection as a relief pitcher and first baseman at Yale.

Miami is expected to be one of the top teams in the country in 2021. The Hurricanes came in at No. 6 in Collegiate Baseball’s Fabulous 50 NCAA Division I Pre-Season Poll, as announced Monday. 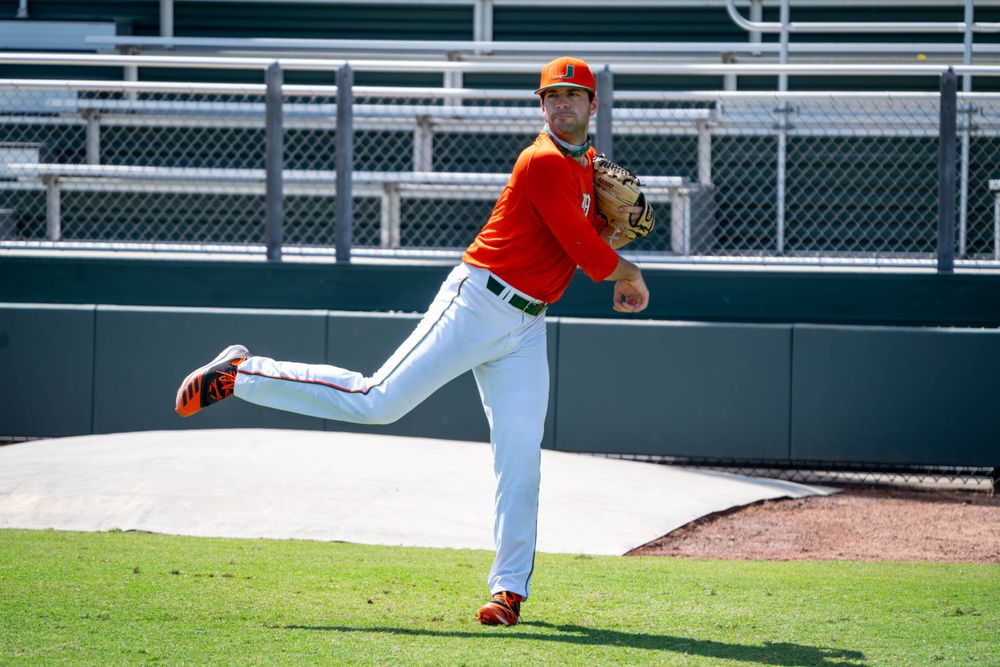 A two-way standout at Yale and USC, Wanger is expected to be an impact player on the mound and at the plate for The U.