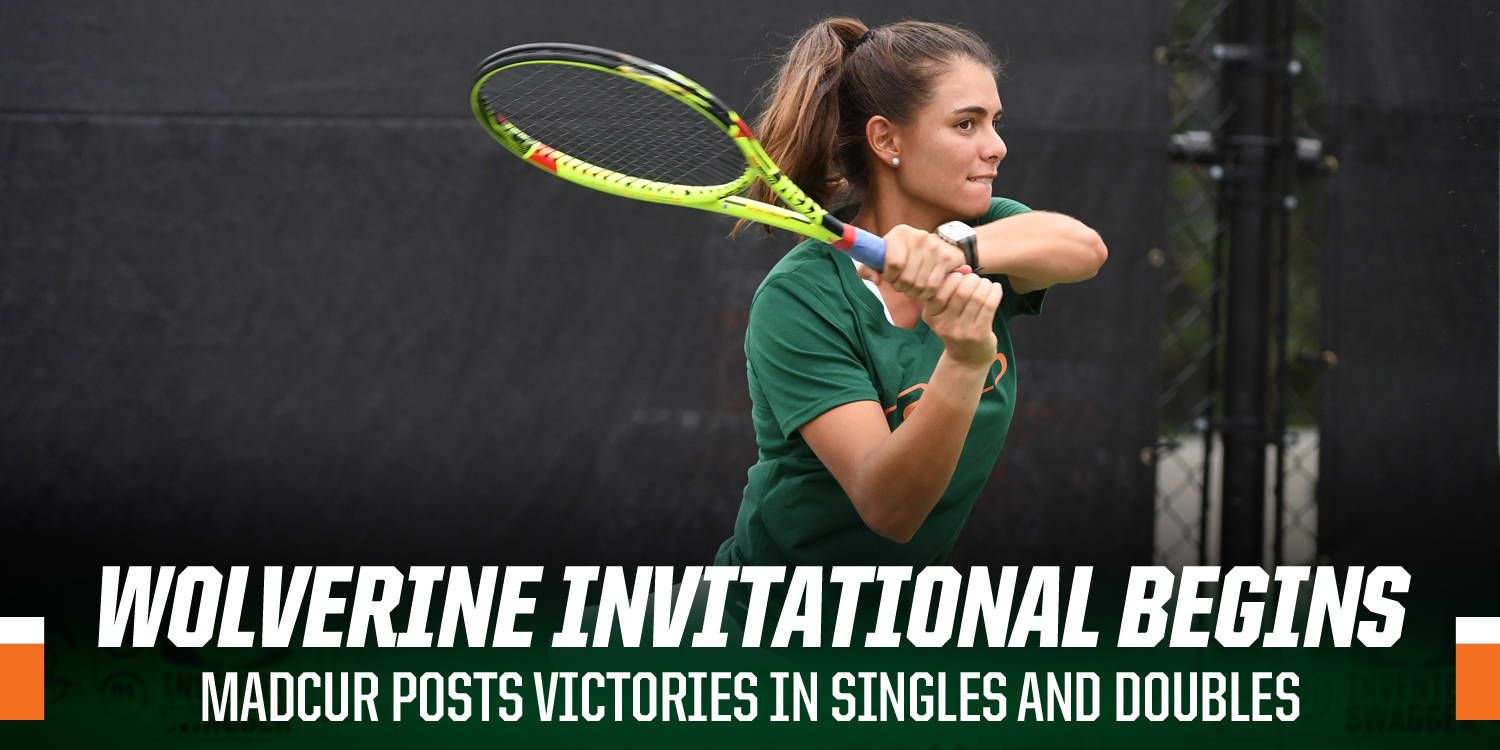 Facing players from Michigan, Princeton and Washington in a total of eight singles matches and four doubles matches, Miami concluded the day with a record of 6-6.

“We competed really well today as a team,” Miami head coach Paige Yaroshuk-Tews said. “[The players] listened to coaching and played the type of tennis we were looking for. We have some tests ahead that should be fun. I’m enjoying watching this group come together as a team.”

Playing singles inside the Preston Robert Tisch Building, the Hurricanes posted a 5-3 mark, including going 5-1 in six matches against Washington.

In those half-dozen contests versus the Huskies, Miami earned four straight-set victories. Redshirt sophomore Yolimar Ogando, ranked No. 32, was the lone Hurricane to win in three sets, downing Tami Grende, 6-4, 4-6, 6-2.

Freshman Estela Perez-Somarriba fell for the first time in her young career, but did manage to force a third set versus No. 105 Stacey Fung in her first contest against a ranked opponent. Perez-Somarriba ended up dropping the match, 3-6, 6-3, 0-6.

Sophomore Clara Tanielian and freshman Sara Culbertson, the latter in the first action of her career, both came up short against players from Princeton. Tanielian was defeated by Gaby Pollner, 6-1, 5-7, 4-6, and Culbertson’s setback came to Sara Goodwin, 4-6, 1-6.

The Hurricanes played three matches against Michigan, with Madcur and Perez-Somarriba earning a 6-2 win over Kara Hall and Chiara Lommer.

Facing Goodwin and Tiffany Chen of Princeton, Fuentes and Tanielian came up on the short end of a 3-6 result.

Saturday, Miami will meet Princeton in singles at 10 a.m., and then is set to take on Washington in doubles at 1 p.m.