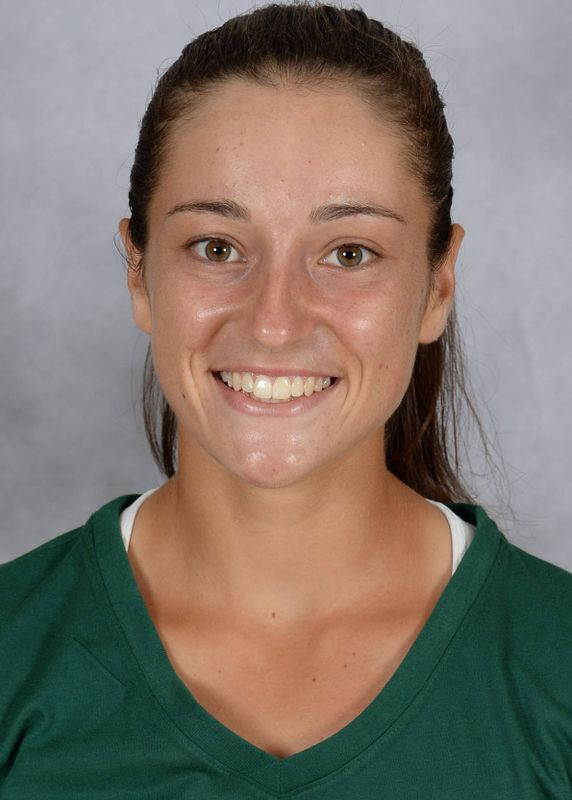 As a Sophomore (2016-17): Finished the season with overall marks of 10-6 in singles and 7-5 in doubles … Ranked second on the team in overall combined singles/doubles winning percentage (.607) and in doubles winning percentage (.583) … Went 2-2 in spring singles matches … Beat Milica Novakovic of No. 20 Kentucky, 6-2, 6-0, in the Miami Spring Invite to open 2017 … In her lone dual match of the season, took down Brown’s Taylor Cosme, 6-0, 6-1 … Playing with four different partners, finished 2-2 in spring doubles matches … Earned a pair of victories in the Miami Spring Invite, defeating Payton Robinette/Georgina Sellyn of ninth-ranked Vanderbilt, 6-2, with Sara Culbertson and then downing Morgan Chumney/Milica Novakovic of No. 20 Kentucky, 6-1, with Silvia Fuentes … Registered an 8-4 mark in fall singles competition … Began the season by going 2-0 in the Miami Fall Invite, including topping Florida Atlantic’s Heather Walton, 6-0, 6-1 … Went 2-1 in her flight at the Bedford Cup and won the consolation championship … Logged a 2-1 record at the Wolverine Invitational, including posting a perfect 6-0, 6-0 victory against Princeton’s Clare McKee … Finished the fall by going 2-2 at the ITA Southeast Regional Championships … Defeated North Florida’s Luise Intert, 6-0, 6-4, in the opening round, giving her four consecutive 6-0 sets over the course of three straight matches … Went 5-3 in fall doubles action, playing with three different partners … Finished 3-0 in the Miami Fall Invite … Tallied a 1-2 record at the Wolverine Invitational … Went 1-1 at the ITA Southeast Regional Championships.

As a Freshman (2015-16): ITA Scholar-Athlete
Tallied an overall singles record of a 27-10 and a doubles mark of 18-10 … Finished second among Hurricanes (minimum 10 matches) in overall doubles winning percentage (.643) … Ranked, with Sinead Lohan, in doubles for one week, checking in at No. 55 in the March 8 release … Went 17-6 in spring singles play, including 16-5 in dual matches and 9-3 in the ACC … Posted an unbeaten streak of 15 straight matches over two full months, logging a 12-0 record during that stretch … Playing at No. 4 in her first dual match, won 6-2, 6-1 versus No. 24 Georgia Tech’s Alexis Prokopuik … Registered two victories in the ITA National Team Indoor Championship, winning 6-4, 6-2 against Alex Najarian of No. 12 Michigan, and 4-6, 6-1, 6-0 versus Katarina Stresnakova of No. 10 Oklahoma State, the eventual NCAA Team Championship runner-up … Earned a 6-1, 6-3 win over Erica Susi of No. 12 Virginia … Logged a 6-0, 6-0 victory against Jennifer Ren of No. 53 Boston College … Won, 6-1, 1-6, 6-2, versus Samantha Asch at No. 20 Wake Forest … Playing at No. 4, downed Louisville’s Elle Stokes, 6-3, 4-6, 1-0 (10-7) … Posted a perfect 3-0 record in the ACC Championship, downing Libi Mish of No. 27 Syracuse, 6-0, 6-1, Alexis Prokopuik of No. 15 Georgia Tech, 6-3, 6-1, and Marika Akkerman of second-ranked North Carolina, 6-3, 0-6, 7-5, in the title match … Earned a 6-1, 6-3 win over Mia King of No. 37 TCU in the second round of the NCAA Team Championship … Went 12-6 in spring doubles play, including 7-1 in ACC competition, all with Sinead Lohan at No. 2 in dual matches … Led the Hurricanes in spring doubles winning percentage (.667) and conference doubles winning percentage (.875), plus ranked second in doubles dual match winning percentage (.667) … In first dual match doubles action, notched a 6-3 win against Sarah Dvorak/Alex Valenstein of No. 17 Texas Tech in the ITA National Team Indoor Championship … Earned first ranked win with a 6-3 triumph over No. 31 Jessie Aney/Kate Vialle at sixth-ranked North Carolina … Logged a 6-2 victory versus No. 89 Jessie Aney/Kate Vialle of second-ranked North Carolina in the final of the ACC Championship … Beat Sophia Dzulynsky/Sitilia Rencheli of Quinnipiac, 6-2, in the opening round of the NCAA Team Championship and recorded a 6-2 triumph over Kate Fahey/Alex Najarian of No. 10 Michigan in the Sweet 16 … Registered a 10-4 ledger in fall singles play … Reached the semifinals of the Miami Fall Invite Green Main Draw, including posting a 2-6, 6-3, 6-2 win over Auburn’s Alannah Griffin in her first match … Earned victories in both matches at the Puerto Rico College Challenge … Won the Bedford Cup A Back Draw … Earned a pair of wins in USTA/ITA Southeast Regionals … Compiled a 6-4 record in fall doubles competition, playing with three partners, and began career 4-0 … With Wendy Zhang, won the Orange Draw of the Miami Fall Invite and earned a win in lone match at the Puerto Rico College Challenge … Playing with Ana Madcur, recorded one win in the Bedford Cup A Draw … Teamed with Stephanie Wagner for a victory in USTA/ITA Southeast Regionals.

Prior to Miami: Took one year of college classes through Centre National d’Enseignment à Distance, but did not play collegiate tennis … Achieved a WTA doubles ranking as high as No. 844 and peaked at No. 1,176 in singles, both during the summer of 2015 … Among the top 60 players in France in the WTA singles rankings and in the top 35 in doubles … Defeated six players who have earned WTA singles rankings, including two in the top 800 … Earned four doubles victories over pairs ranked at the time by the WTA …  Reached the quarterfinals in four of the 10 $10,000 doubles tournaments she competed in … Advanced to the semifinals in three of them, winning the title at El Kantaoui 8 in Tunisia in March 2015 … Won five French doubles championships in a variety of age groups over multiple years, including a victory at the U-18 level in 2014 … Made the finals of the French singles junior regional championships in 2014 … Reached the French top 100 in singles in 2013 and advanced to the semifinals of the singles regional championship that year.

Personal: Full name is Clara Jordane Tanielian … Last name is pronounced Tah-Nell-Yahn … Born Aug. 13, 1996 … Parents are Philippe Tanielian and Catherine Martens … Father is a cardiologist and mother is a biologist … Has an older brother, Ugo, and an older sister, Marion … Intends to major in international studies … Enjoys writing, watching sports and skiing … Does not have a favorite athlete, but likes Gael Monfils, Rafael Nadal, Stan Wawrkina, Bob Bryan and Mike Bryan … Chose Miami because of its quality academics and the level of the tennis team … Committed to Miami over Cal and UC Santa Barbara.